Afternoon Tea with the Queen & Meghan Photographed in Toronto!

It's been another interesting week for those watching developments in Harry and Meghan's relationship. Yesterday, Meghan was photographed leaving a building where she was shooting scenes for Suits. Dressed in a white wrap blouse and tailored skirt (the 'uniform' for her character Rachel Zane), it certainly looked as though it had been a long day, with filming continuing until quite late. Since the Invictus Games wrapped up, Meghan has been keeping a very low profile due to the hectic schedule for her show, but did she make a flying visit to London to meet one very important lady last week?

The late Diana's friend, journalist Richard Kay shared one of the most interesting exclusive scoops regarding Harry and Meghan, reporting he had solid information confirming that on last Thursday, 12 October, the couple attended a very discreet tea party with Her Majesty at Buckingham Palace. Mr Kay writes:


'The Ford Galaxy with blacked out windows was discreetly waved through the gates of Buckingham Palace and cruised to a halt at the Queen’s private entrance. Out stepped Prince Harry and Meghan Markle. Harry, I understand, was introducing his American actress girlfriend to the Queen. They were there for tea. I am told it happened on Thursday last week and inevitably it has set tongues wagging at the prospect of a royal engagement.'


The afternoon tea setting was described as "deliberately informal" lasting over an hour:

'He desperately wanted his grandmother to meet divorcee Meghan and it would suggest that the couple are making plans for a future together just 18 months after meeting at the Invictus Games in Florida. Everything about the teatime meeting was deliberately informal, I am told. In part it was to settle any nerves Meghan might have felt but also to ensure it was not widely publicised within the palace. After being driven in to the inner courtyard, the couple were said to have been whisked up to the Queen’s private sitting room on the first floor overlooking the palace gardens and Constitution Hill, and which is served by a lift.

According to an insider the couple arrived in time for tea at around 5pm. It is the Queen’s favourite part of the day and she loves it when her grandchildren are able to join her. It is served with her own blend of Darjeeling and Assam tea, known as Queen Mary’s blend. I understand the Queen spent almost an hour with her grandson and the Los Angeles-born Meghan, who stars in the US legal drama Suits. Insiders say that Harry, 33, had spoken to his grandmother during the summer at Balmoral asking to introduce Meghan, who is three years his senior.'


This is one very interesting development for several reasons, but is the story accurate? I held off posting on this until I had a chance to ask around. Three different royal reporters/commentators believe Richard Kay has impeccable sources and there's more than a ring of truth to it. The story has been picked up by reputable media outlets since. They confirmed Meghan and Harry spent a weekend away (believed to be in Scotland) at the very beginning of September. I specifically remember this because the Monday afterwards, the Duchess of Cambridge's pregnancy was announced. There were reports Meghan had met the Queen then, but it was never confirmed.

So, why is Richard Kay's story so noteworthy? The Queen's grandchildren do not simply show up at Buckingham Palace with their boyfriends or girlfriends casually. Meeting the Queen signifies the relationship is at a very serious stage. I understand both the then Kate Middleton and Chelsy Davy (who was with Harry four years at that point and Kate with William around five) met Her Majesty at Peter and Autumn Phillips' wedding at Windsor in 2008. It was quite a different setting to the private tea Meghan and Harry had. We saw endless rumours of wedding bells with Chelsy and Cressida but no one-on-one meetings with the Queen. Ultimately, I conclude this almost certainly was planned in relation to a fairly imminent engagement announcement. Prince Harry is taking on a considerably heavier workload and expanding his royal role with plans for the future; Meghan will be an integral part of that, and naturally it's important for HM to meet the woman who may not only be marrying her grandson, but representing her and Britain at home and abroad in an official role. 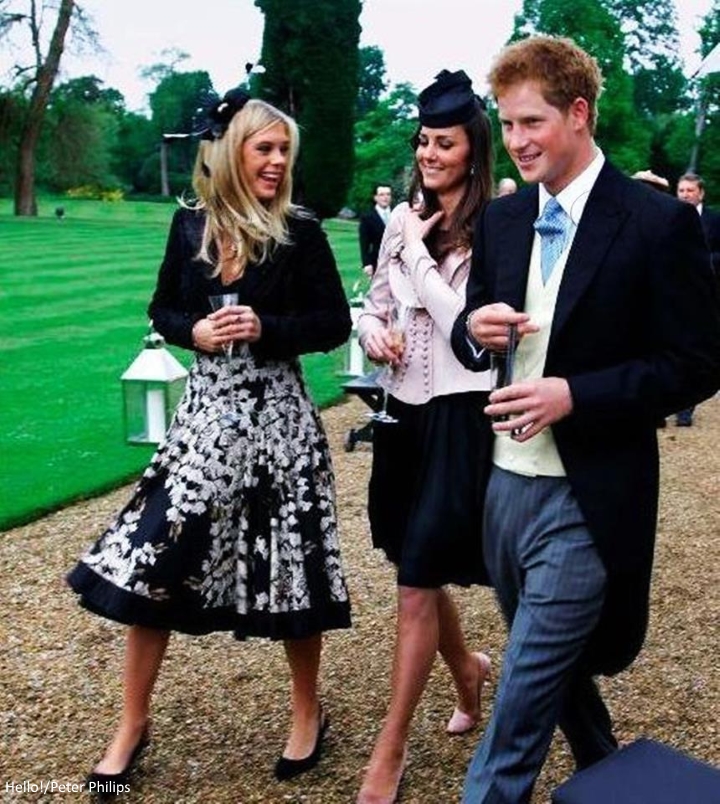 The lengths they went to in keeping the meeting under wraps are also notable; with Meghan's filming schedule, she could have only been in London for a very short time - meaning the entire purpose of the trip was to meet the Queen. It's also not long since the Queen and Prince Philip returned from Balmoral. I expect they wanted to arrange it quite quickly after they returned to BP. 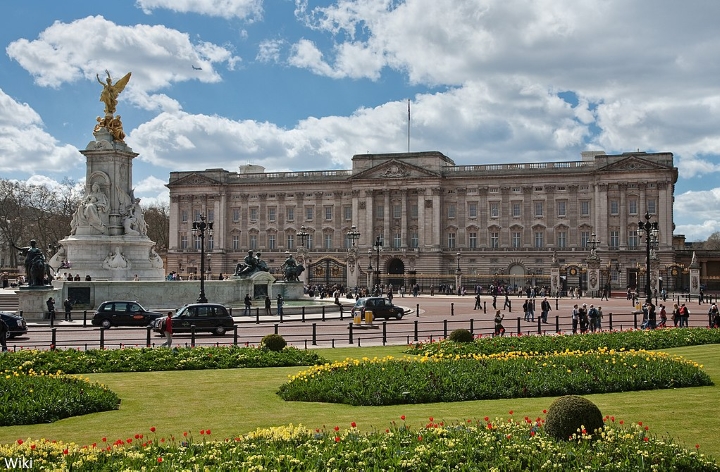 That night, around 9 pm, Prince Harry attended the Attitude Awards. 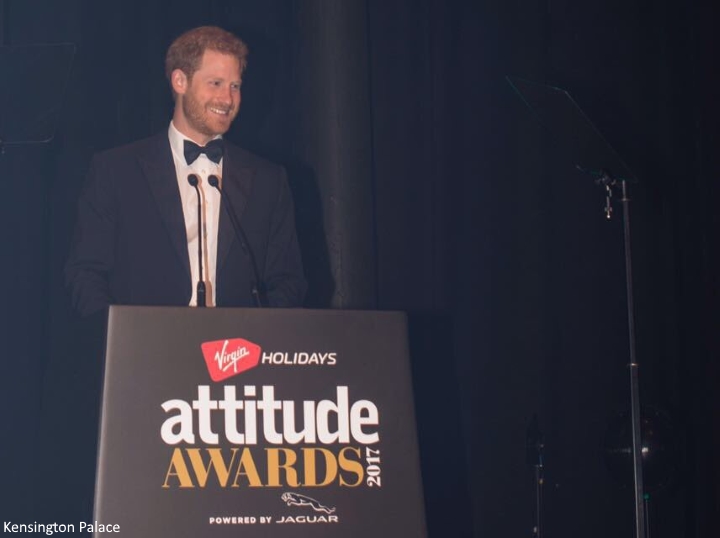 And at about 6.30 pm, Her Majesty and Princess Anne celebrated the centenary of the Women's Royal Navy Service at the Army and Navy Club in Mayfair. It's less than a ten minute drive from Buckingham Palace. Logistically, the Queen could have easily finished chatting with Harry and Meghan around 6 pm, and left BP at 6.20 pm. The fact both had engagements that evening meant the meeting couldn't last too long, likely helping to ease any nerves Meghan may have had. 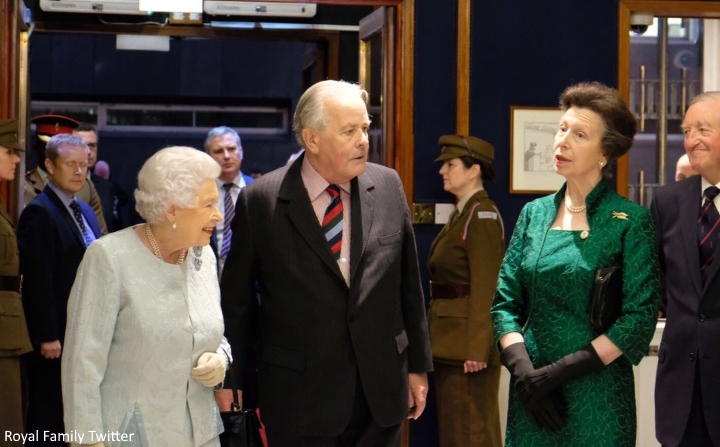 Something tells me a royal wedding and plans for the future were the topics of discussion over a cup of Queen Mary. 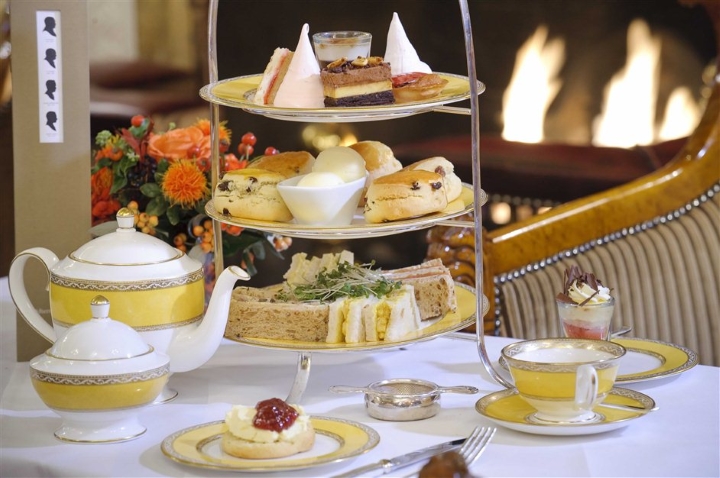