As reported by Emily Andrews last week, Kensington Palace has confirmed Prince Harry and Meghan Markle will visit Edinburgh for a day of engagements, next Tuesday, 13 February. The Palace said the day was planned around meeting members of the public and learning about local organisations. The day will mark the couple's first official visit to Scotland as their pre-wedding tour continues around the U.K. 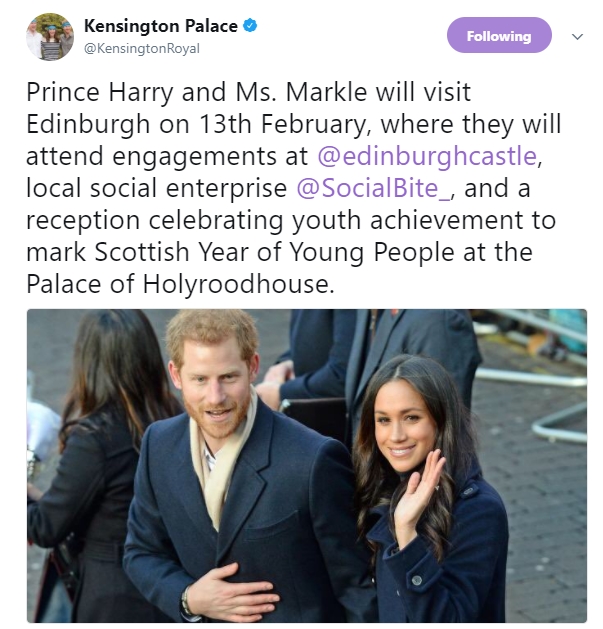 Prince Harry and Ms. Markle's first stop will be at the Esplanade in front of the iconic Edinburgh Castle, where they will be officially welcomed to the city by the Royal Marines Scotland Band. Prince Harry became Colonel-in-Chief of the Royal Marines in December 2017. Inside the Castle, Prince Harry and Ms. Markle will observe the firing of the One O'clock Gun. The tradition of firing a gun started in 1861 to mark time for ships in the Firth of Forth. 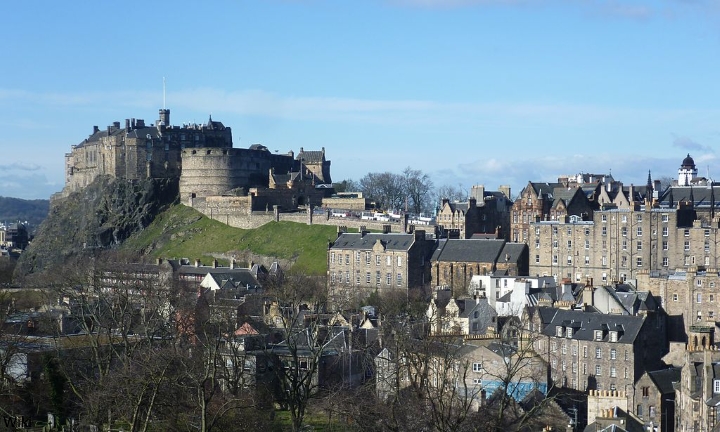 Their next stop will be Social Bite, a social business and café located in Edinburgh's New Town. Social Bite runs social enterprise cafés throughout Scotland and use this platform to distribute 100,000 items of food and hot drinks to homeless people each year, as well as employing staff who have experienced homelessness themselves. The 13 February is Pancake Day, also known as Shrove Tuesday. I expect it's possible we might see the couple flipping one or two. Coincidentally, one of William and Kate's pre-wedding engagements in Northern Ireland took place on Pancake Tuesday in 2011.

Finally, Harry and Meghan will attend a reception at the Palace of Holyroodhouse to celebrate youth achievements, marking Scotland’s Year of Young People 2018. The Year of Young People is an initiative that aims to inspire Scotland through its young people: celebrating their achievements, strengthening their voice on social issues and creating new opportunities for them to shine. The Palace is the Queen's official residence in Scotland. 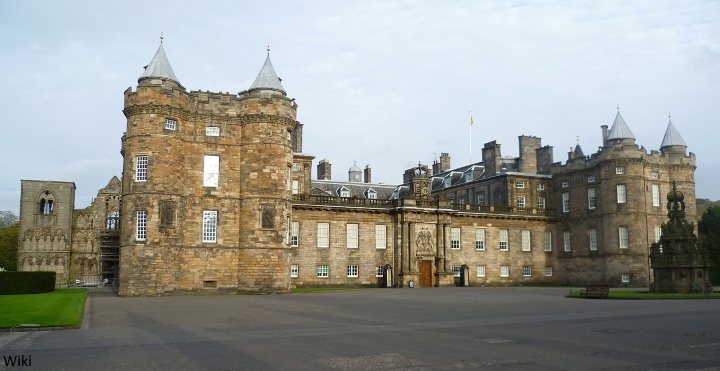 It's a very nice itinerary which I imagine will include an opportunity for the public to meet the couple at Edinburgh Castle. With visits in England, Wales and Scotland completed -  a visit to Northern Ireland could be on the cards in the coming weeks. As for what Meghan might wear on the day, there's a number of possibilities. If we look back to her outfit in Cardiff, which had a similar itinerary, she chose a very nice mix of British brands; a Stella McCartney coat, jeans by Welsh company Huit Denim, a Demellier London bag. Meghan's Theory jacket and Tabitha Simmons boots were very good choices too. The weather will likely be on the chilly side and with a walkabout, I'm sure we'll see a coat with separates underneath to take Meghan from the castle to the Palace reception. Perhaps a Scottish brand too? 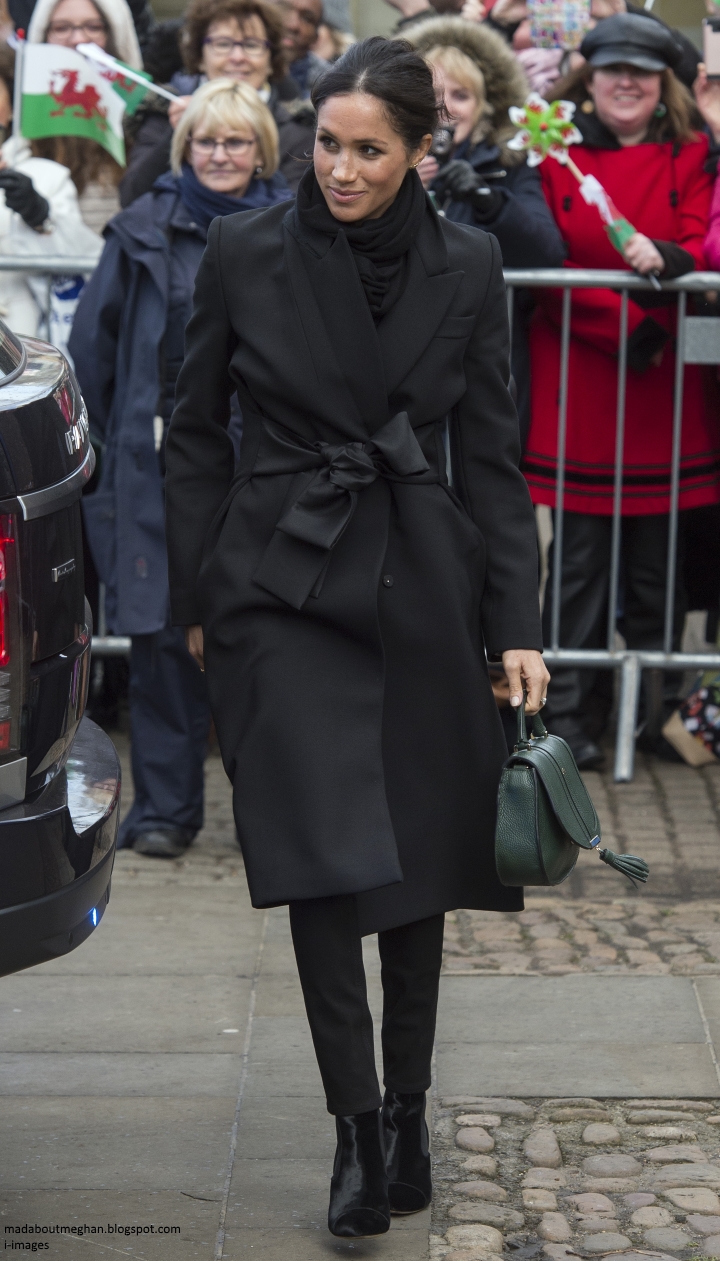 Before then, we'll be continuing with our Royal Wedding series :)
Posted by Admin at 2/06/2018