The Queen's Official Consent, Meghan's Mother's Day with Her Majesty & Behind the Scenes Royal Work!

We're back with several interesting updates to share, from a very official wedding update to Meghan's Mother's Day with the Queen, information and news on behind-the-scenes work.

The Queen Makes It Official... With only two months to go until the Royal wedding, Her Majesty has officially given the couple her blessing. As fifth-in-line to the throne Harry must obtain permission from the monarch to marry under the Succession to the Crown Act. The Queen formally granted that permission to her "dearly beloved grandson" and his future wife today in a letter from Buckingham Palace. 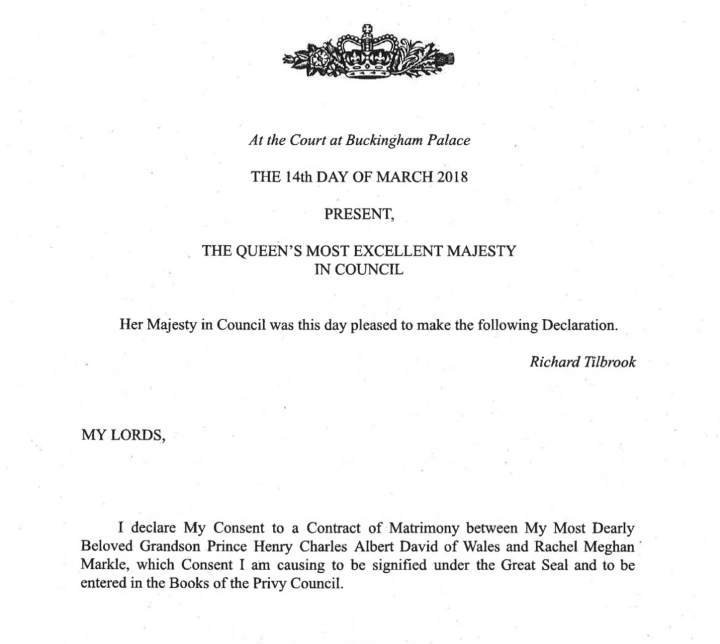 'The queen gave her private consent to the marriage months ago; they wouldn't have announced their engagement in November without it. But this formal proclamation, officially signed by the monarch under "The Great Seal of the Realm," is required by British law on the royal succession, most of which is about 300 years old but was updated in 2013.

But that wasn't the surprise. What might intrigue Britons still getting to know Markle, 36, not to mention her fellow Americans, is that her actual given first name is Rachel.

Rachel is the name listed on her legal documents, such as her American passport, so that was the name the queen had to use in her formal consent declaration. Same goes for Harry, whose given name is Henry (a traditional royal name) but has been called Harry since his birth 33 years ago.

Markle has always been called Meghan, even before she started working as an actress, so that is the name she will be known as once she marries Harry at St. George's Chapel at Windsor Castle on May 19.'


The document in its entirety. 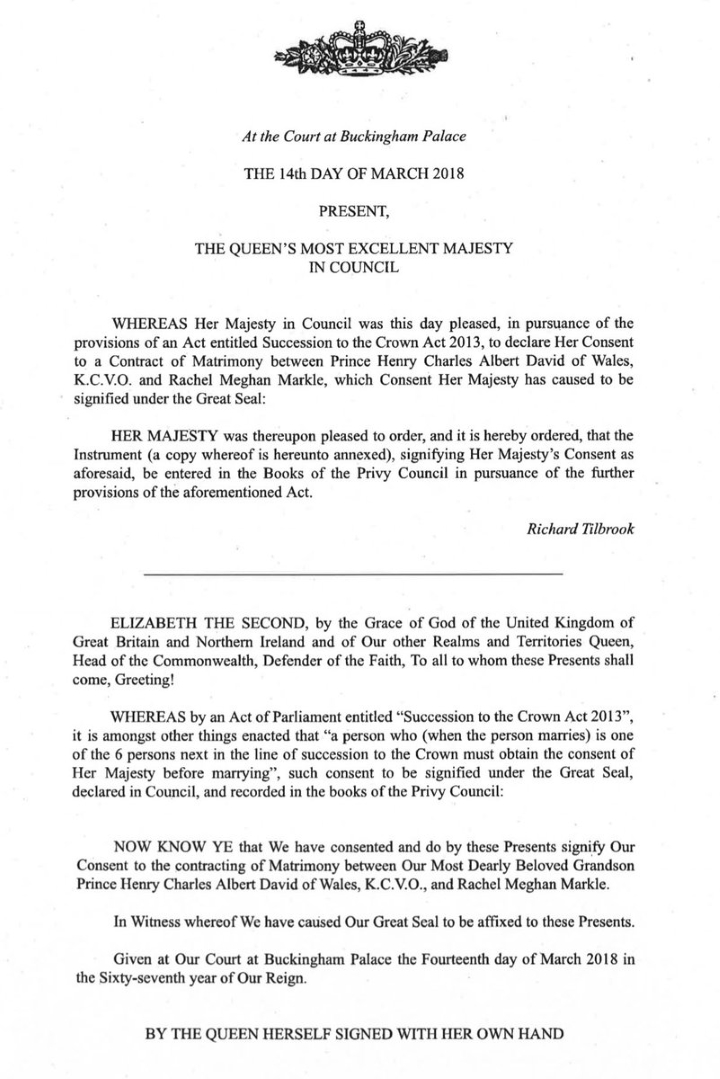 Mother's Day with the Queen... Last Sunday was Mother's Day in the UK. Harry and Meghan spent part of the day with the Queen enjoying an "intimate lunch" at Windsor. We know Meghan has spent quite a bit of time with her Majesty and no doubt the monarch is offering her advice which will serve her in good stead throughout her royal life. Given the sheer span of experience the Queen has, there's really no one better placed to offer insight. Meghan attended her first official event with the monarch on Monday, the Commonwealth service. 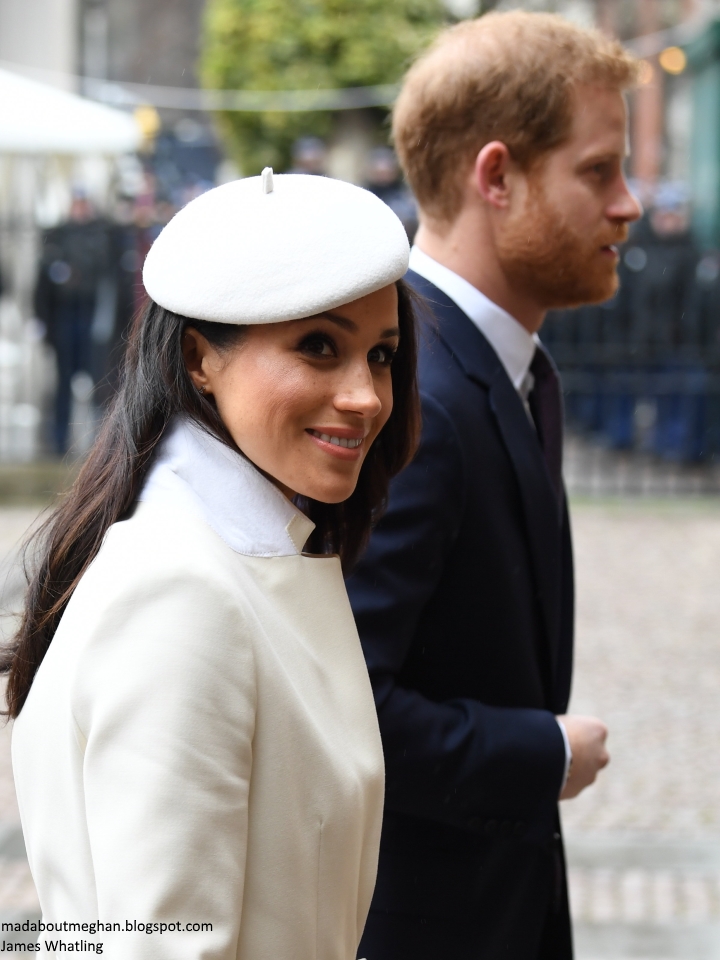 The meeting was discussed in a new podcast, On Heir by royal reporters Emily Andrews and Omid Scobie. I'm thoroughly enjoying it and learning quite a bit thanks to their informative information and well-placed sources. A story has been doing the rounds in recent weeks claiming Meghan is totally overwhelmed and struggling. Omid pretty much dispels the story with info from his sources confirming Meghan is "relishing the opportunity to take on the new role. She's almost like a consummate professional on engagements".  You can listen to the podcast here.

'The project Harry and Meghan went to see in Essex is designed to give veterans all the help they need in one place. It is part of a partnership called TILS, the Transition, Intervention and Liaison Services, which brings various health bodies together under one roof. The intention is to create a "one stop shop" - so that service men and women get the full help available without getting lost in the system.

Harry said: "Meghan and I recently visited The North Essex Veterans Mental Health Network and we got to see the amazing work they are doing in Colchester. "They have produced a seamless journey for veterans, with centrally held case management that results in transitional, not transactional movement across care services. "This style of service has been adopted by NHS England and is now in operation across a number of health trusts across the country."


I've heard multiple times thus far, Meghan has been carrying out a "substantial" amount of under-the-radar visits across a variety of sectors in the UK in order to educate herself and decide where she can best lend her support. I was told by one royal commentator we can expect to be "enormously impressed" when the extent of it is known in due course. People's story 'How Meghan Markle Has Mastered Palace Protocol—at Record Speed' touches on that point:

'Sure, there’s a wedding to plan. But Meghan Markle is also in training for a whole new life. And she’s doing it faster than any royal bride before her.

“Meghan has been regularly making private visits to organizations as she gets to know the U.K. charity sector,” a palace source tells PEOPLE in this week’s cover story.

“She’s on a very busy schedule behind the scenes,” says the source. “She has her wedding preparation and is meeting a number of people all the time — from Harry’s charities, staff at the household and the Royal Foundation.” (The foundation oversees the charity work done by William, Harry, Kate and now Meghan.)

Supported by new palace aide Amy Pickerill, Meghan has been touring the U.K. with Harry. “She’s got good causes in her heart too,” says one of his friends. “They had done similar things in their [individual] charity work, and he’s really interested in following her lead.”


Fashion Updates... Meghan's Line engagement coat has been restocked at several retailers. Due to it's popularity it's selling out very quickly but remains available in limited sizing at FarFetch and Shoptiques. 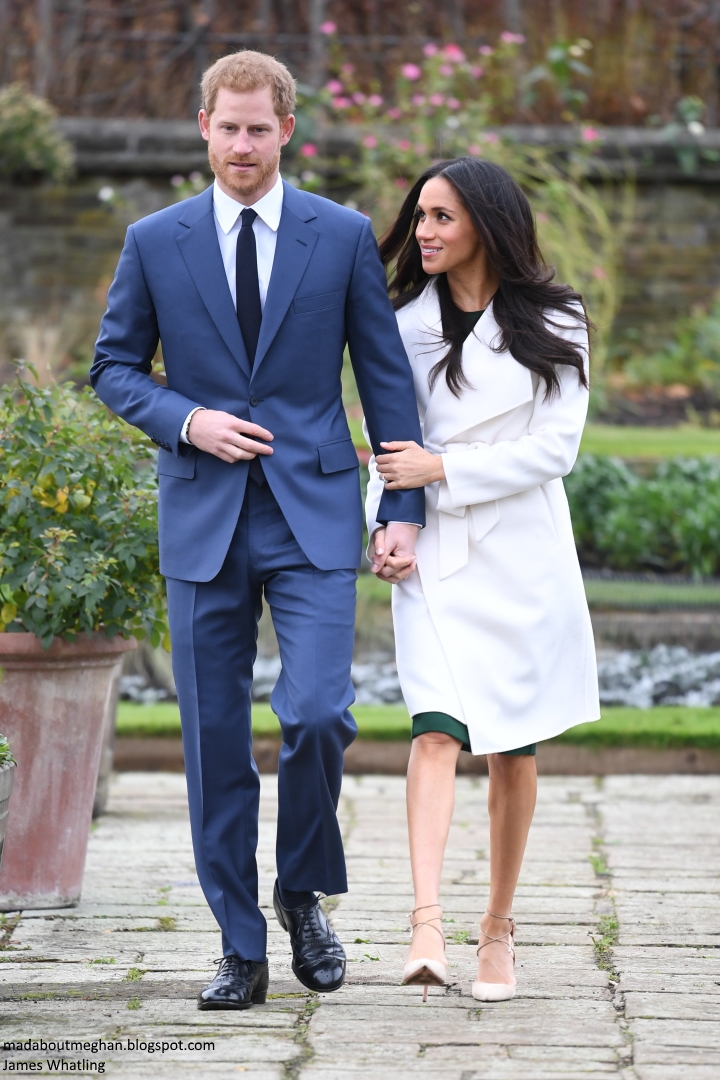 The Amanda Wakeley Cream Sculpted Tailoring Crombie Coat Meghan wore at the Commonwealth Day service is available in several sizes at Orchard Mile and Amanda Wakeley. The Springsteen dress remains in stock in UK size 16 and in a number of sizes in black. 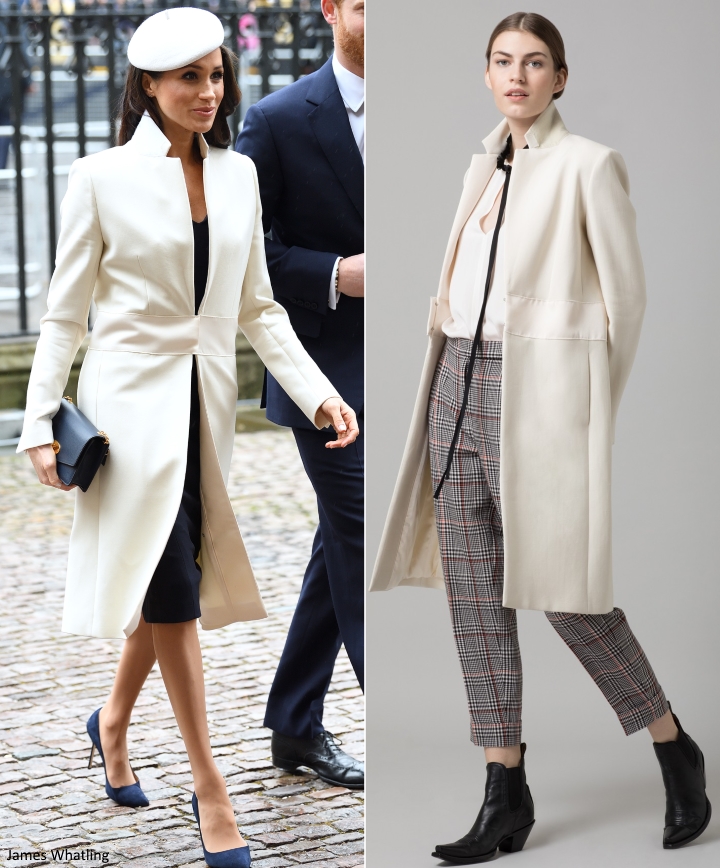 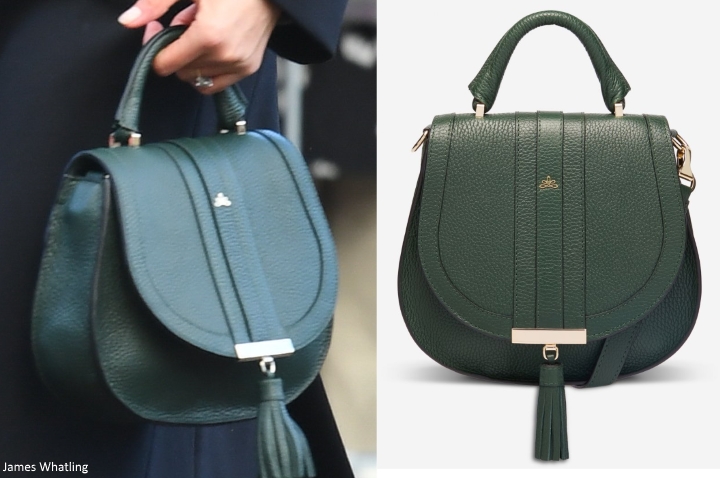 And Meghan's BaubleBar Peacemaker Ring is now available for pre-ordering. 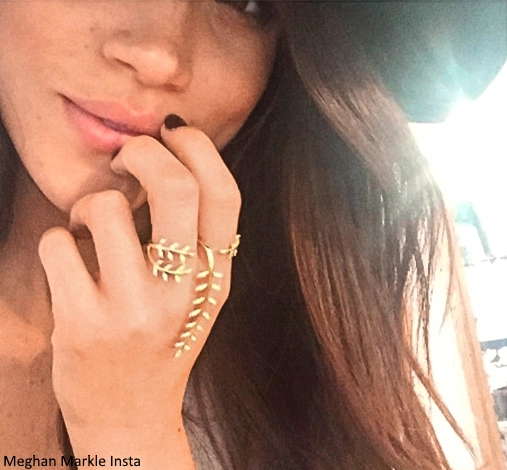