Harry and Meghan Select the Ascot Landau Carriage... Prince Harry and Meghan Markle have selected the Ascot Landau carriage for their procession through Windsor town centre after their wedding on Saturday 19th May. There will be one horse-drawn carriage in the carriage procession from St George's Chapel, which will take the newly married couple through Windsor returning to Windsor Castle along the Long Walk. 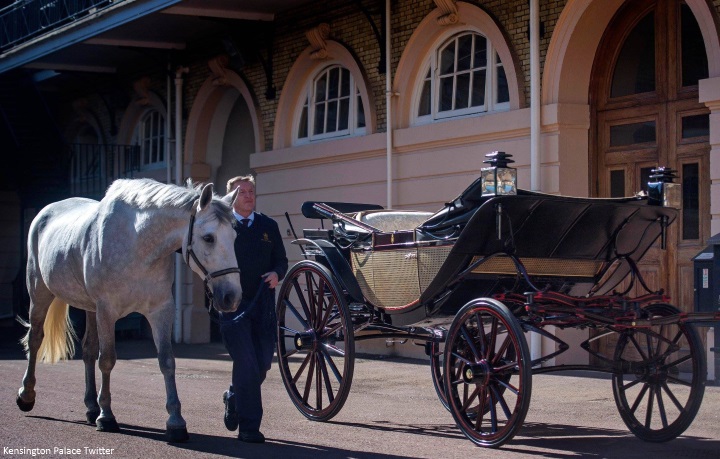 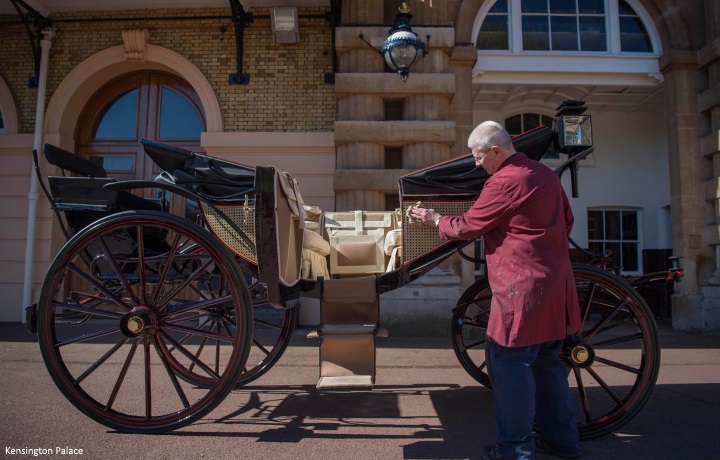 More from the press release:

'The carriage will be escorted by a travelling Escort of the Household Cavalry. Prince Harry and Ms. Markle are very much looking forward to this short journey, which they hope will allow them to express their gratitude for everyone who has gathered together in Windsor to enjoy the atmosphere of this special day.

Two Ascot Landaus featured in the carriage procession for the Duke and Duchess of Cambridge's wedding in 2011, carrying Prince Harry as the Best Man, the Maid of Honour and Bridesmaids and Page Boys from Westminster Abbey to Buckingham Palace. They are also used to transport new Commonwealth High Commissioners when they are received by the Queen at Buckingham Palace.'


A closer look at the carriage.

Take a closer look at the Ascot Landau carriage, which will take Prince Harry and Ms. Markle on a procession through Windsor Town after their wedding. pic.twitter.com/pXHg2tIjKS
— Kensington Palace (@KensingtonRoyal) May 2, 2018

Watch Coachman Philip Barnard-Brown explain more about the Windsor Grey Horses that will pull the carriage on the procession through Windsor Town after the wedding. pic.twitter.com/ebKZy4LP4i
— Kensington Palace (@KensingtonRoyal) May 2, 2018


Storm and Tyrone, father and son, are two of the Windsor Grey Horses who will pull the Ascot Landau carriage on the wedding day. 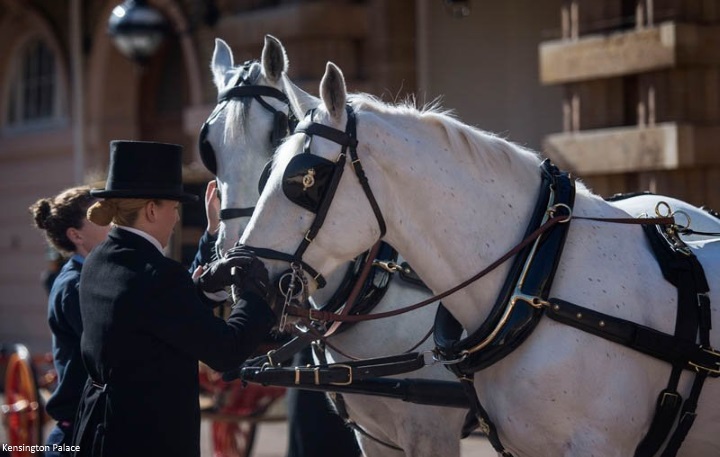 In the event of wet weather, the couple will travel in the Scottish State Coach, which dates from 1830. 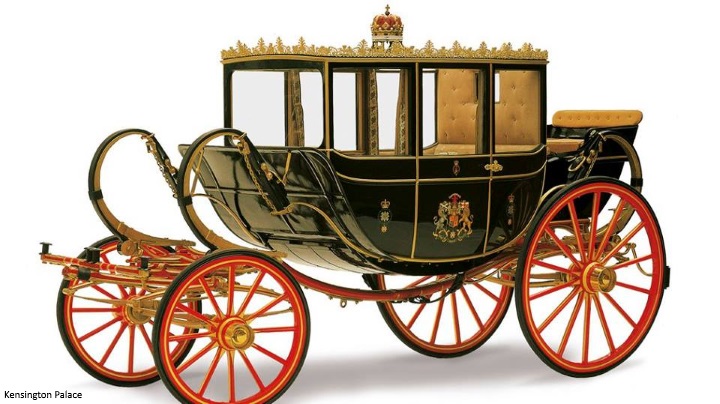 'Loving and Informal' Royal Mint Coin... The Royal Mint has produced several official coins to commemorate the upcoming wedding. Harry and Meghan posed for the portrait for artists at Kensington Palace. The result has been described as "loving and informal" depicting the couple gazing into each other's eyes with Meghan clutching Harry's arm. The final design was approved by the couple. 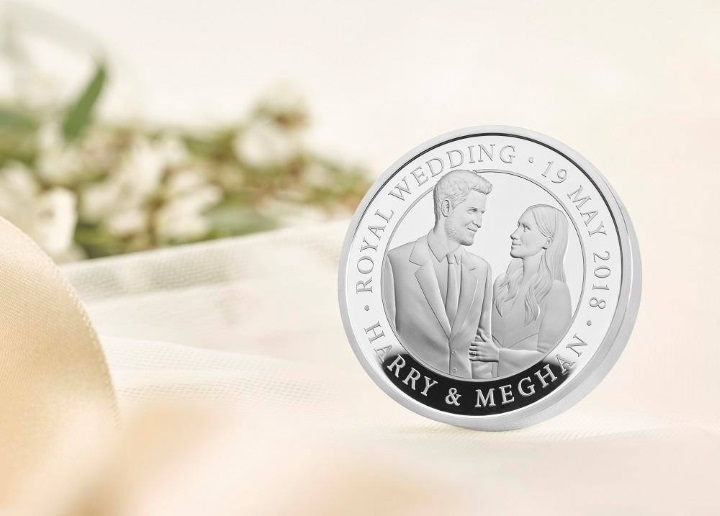 The 2018 UK £5 Brilliant Uncirculated Coin is available for pre-order. The Royal Mint are selling it for £13. 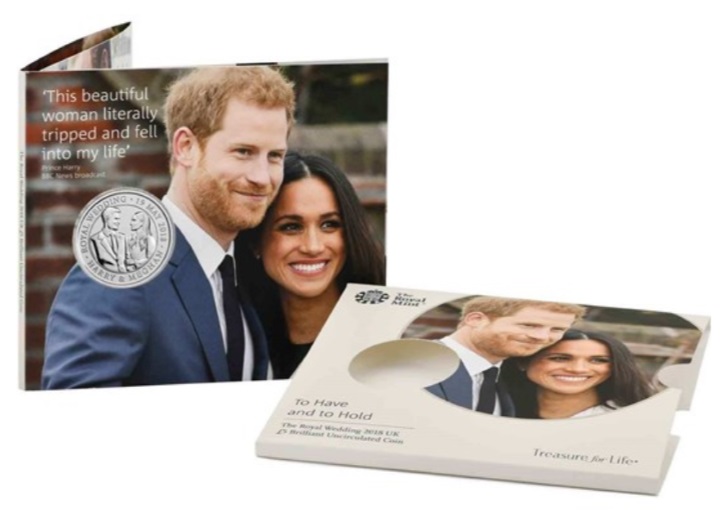 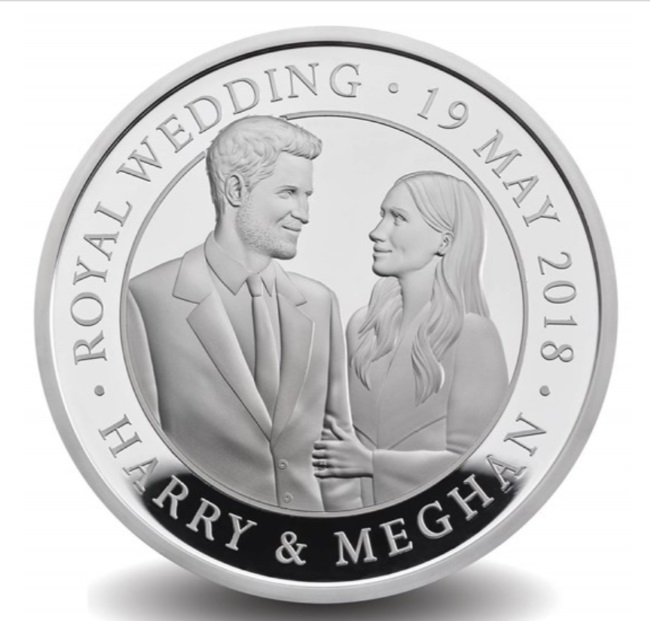 And The Best Man is... As expected, Prince Harry asked his brother Prince William to be Best Man. The Palace said: "Prince Harry served as best man to The Duke of Cambridge at his wedding to Miss Catherine Middleton in 2011. The Duke of Cambridge is honoured to have been asked, and is very much looking forward to supporting his brother at St George's Chapel, Windsor on May 19th." They also shared this darling childhood photo.

A Tour Inside St George's Chapel... Yesterday, CNN were allowed to film inside Windsor Castle. I very much enjoyed this report from Max Foster. He goes through the stages which will unfold from the moment Meghan arrives (and navigates 20 steps). Max was surprised by how "intimate" St George's chapel is.


Meghan's Theory Top Re-Issued... Meghan's much loved Theory Off-The-Shoulder top has been re-issued in a new 'Brea Check'. The piece is exclusively available at Neiman Marcus. With thanks to Meghan's Fashion for the tip! 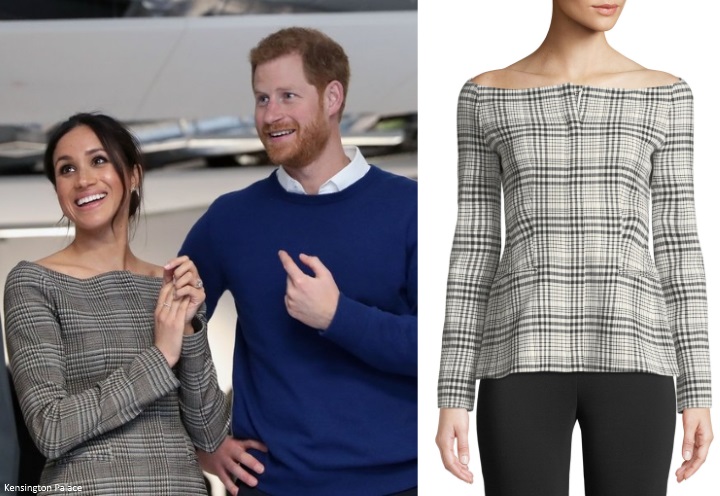 Britain’s Wedding-Mad Tabloids Feel a Cold Royal Shoulder... We are seeing an abundance of columns, 'exclusives' and think-pieces from publications across the board covering Meghan and the wedding. Ellen Barry's piece for the New York Times is one of only a handful to pretty much hit the nail on the head. She writes of the dreadful treatment Meghan has received at the hands of the tabloids:

"The British tabloids have not treated her with kid gloves, featuring a drumbeat of unflattering interviews with relatives she has not invited to the wedding. But the relationship between the royal family and the tabloids, two pillars of conservative England, was fraught with tension long before she arrived on the scene."


Ms Barry discusses the delicate, damaged and fractious relationship between the young royals and the media. Earlier this week, royal photographers revealed only a handful of photographers will get coveted spots outside the chapel, meaning we'll see only a fraction of the photos we saw at previous royal weddings.

'One reporter will be allowed into St. George’s Chapel for the wedding, a palace spokesman said on Tuesday, noting that the space is small and it is not a formal state occasion. Four photojournalists will get coveted spots outside the chapel. Scores more will be stationed along the carriage route and on the castle grounds.

Arthur Edwards, 77, a veteran of seven royal weddings, said he assumed the decision was Prince Harry’s. “I can’t imagine the press officer advising that to the prince,” Mr. Edwards said. “He and Meghan have seen what’s been written and said, ‘We don’t want anyone near the wedding.’ That’s a clear message, yeah.”


The monarchy needs the media to survive and thrive - to get their message across to the British public. Social media is a powerful tool of course, but I do not believe it is sufficient alone. It seems such a shame to limit access on the day of a historic wedding. We're not talking about paparazzi stalking celebrities; these are reputable photographers who have been on the royal beat for decades. Harry and William's feeling towards the press are completely understandable. I 100% believe that. I have wondered if this decision isn't partly due to the harsh and defamatory coverage of Meghan. The platform given to the disgruntled Markles by the media has been irresponsible at best.  However, for the sake of the monarchy, they will simply have to find a way to make it work. Perhaps by forging a relationship with a paper they trust or correspondents they feel report in a fair and accurate manner? A balance on both sides is badly needed. You can read the article in full here.
Posted by Admin at 5/02/2018