The Duchess of Sussex to Join The Queen for Day of Engagements!

With the Duke and Duchess of Sussex expected to return from their honeymoon later this week, we are looking forward to seeing them on Saturday morning for Trooping the Colour, the Queen's annual birthday parade. It turns out Trooping isn't the only day we'll be seeing Meghan with Her Majesty; on Thursday, 14 June, the Duchess will join the Queen in Chester for a day of engagements. 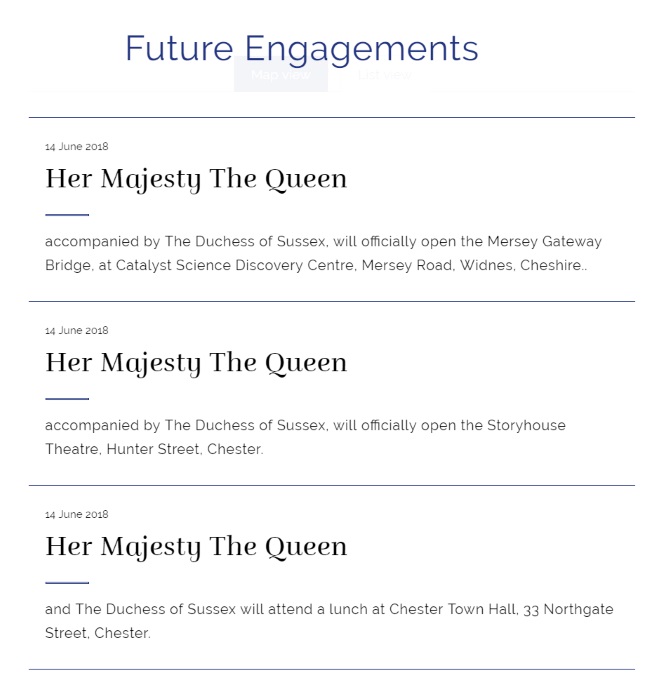 It's going to be an incredibly exciting day, not only marking Meghan's first engagements with the monarch, it will also be the first time she has publicly carried out official duties without Harry. It is understood Meghan has spent quite a lot of time with the Queen and the two are said to be very fond of each other. The Telegraph's Hannah Furness described the news as "a remarkable welcome into the royal family". It is the ultimate seal of approval and show of support as Meghan begins her life as a working royal. 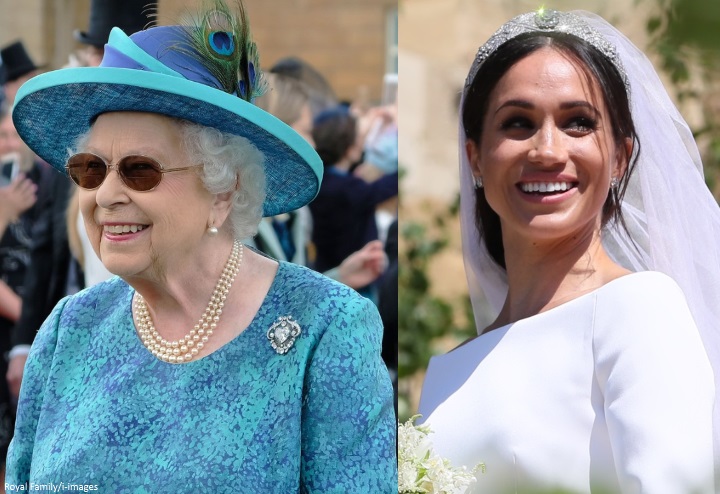 'After marrying into the Royal family less than a month ago, the Duchess of Sussex is to embark on a lifetime of public service from the most glamorous of events to the rather mundane.

She will do so, it seems, under the guidance of no less than Her Majesty the Queen, who has invited the newlywed Duchess to spend a full day of public engagements with her in Chester next week.

In a remarkable welcome into life in the Royal family, the Queen has asked the Duchess to accompany her on three engagements in a gesture likely to be interpreted as a very visible show of support.

The decision to invite the Duchess to accompany the Queen could be considered a striking show of faith in the Royal family's newest recruit, who married Prince Harry less than a month ago.'


What's on the itinerary for the day? The Queen and Meghan will begin by officially opening the Mersey Gateway Bridge - a toll bridge over the River Mersey, at Catalyst Science Discovery Centre. 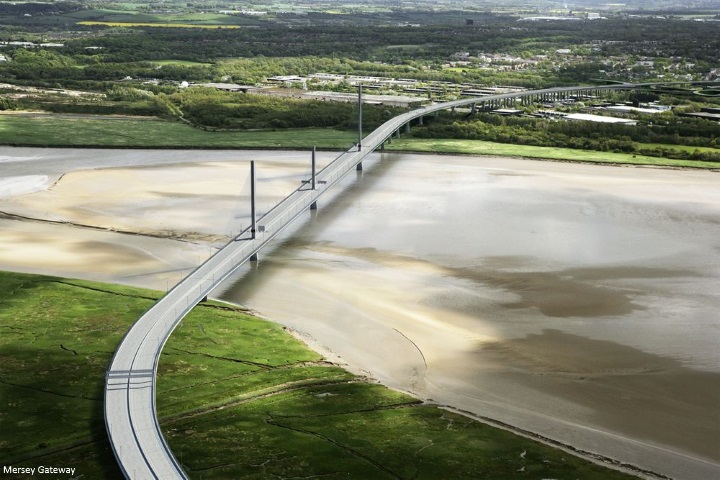 Next, they will officially open The Storyhouse Theatre, a fitting engagement for former actress Meghan. The Telegraph reports "They will then visit the Storyhouse Theatre, a community cultural centre which includes a cinema, library and will soon have productions of A Little Night Music, The Crucible and Swallows and Amazons on its stage. The Duchess, who worked as a television actress in drama Suits until she became engaged to Prince Harry, is expected to meet young performers, as well as watching the Queen unveil a plaque to commemorate its opening." According to The Chester Chronicle, Storyhouse has sold more than 180,000 tickets to theatre shows and events and had more than 250 cinema screenings with 30,000 cinema tickets purchased. Almost 150 community groups from across the borough use Storyhouse as their home. In its first year the library loaned 258,000 books. Children’s book loans have increased by 50% since Chester library moved to Storyhouse. 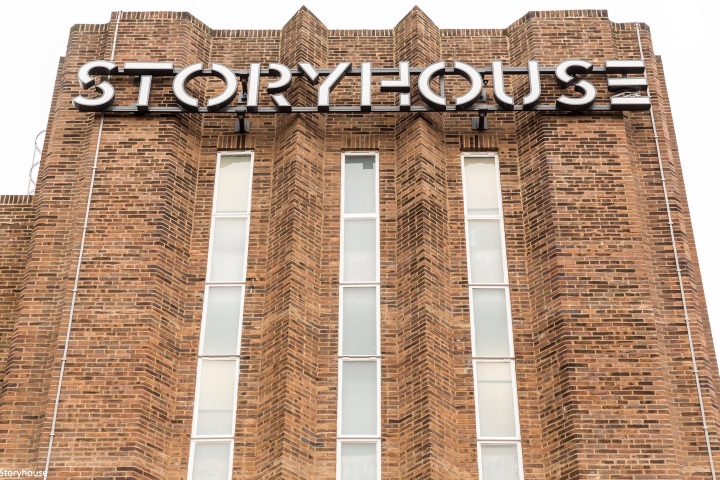 From there, the royals will attend a luncheon at Chester Town Hall where they will be joined by local dignitaries and those involved in the community. It promises to be a fantastic day! 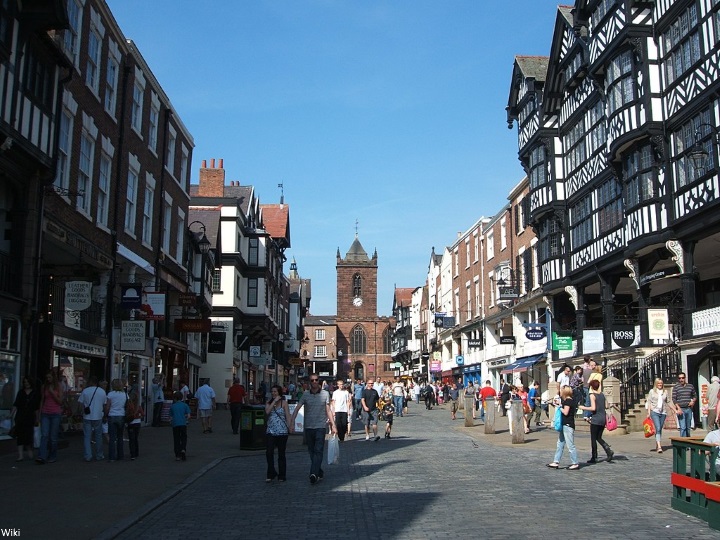 Invictus 2020... In other news, Kensington Palace confirmed, the 2020 Invictus Games will be held at The Hague. It was said initially the games would only run for five years, however due to their enormous success, it has been decided they will continue on a biennial basis. Prince Harry said "we have a social responsibility to continue this for a long as it's needed." The Duke and Duchess of Sussex are said to be planning a visit to the Netherlands in late July - it ties in very nicely with this announcement.

"I am delighted to announce that The Hague is taking up the challenge of hosting the fifth Invictus Games in 2020. The city will soon become the motivation for hundreds of servicemen and women using the Invictus Games to inspire their recovery from physical and mental injuries. The Netherlands has supported the Games from the very beginning, and I know that everyone there will fully get behind and support the soldiers and veterans who have served their countries so bravely. We have already seen in London, Orlando, and Toronto just how exciting hosting the Invictus Games can be, and I know this will be an incredible experience for everyone in the Hague as they embrace the Invictus spirit in 2020."

“We are very honoured that the Invictus Games is coming to The Hague. 2020 is an important milestone for The Netherlands, marking 75 years since liberation. The Invictus Games provides the perfect opportunity for us to link the past to the present by paying a tribute to wounded, injured and sick service personnel who served, and are serving, the military. These role models have shown that the strength of the human spirit is unbeatable.”


A Trip to LA?... The Mirror reports Harry and Meghan are planning to visit Los Angeles officially in the near future. "The young royals are keen to raise awareness of charities and other causes close to their hearts in Meghan’s home town, according to sources. The former Suits actress worked in a soup kitchen on the infamous Skid Row when she was just 13. Now she and husband Harry hope to bring attention to the plight of the homeless. They will also champion the LGBT community." The newspaper also reports it's likely we'll see Harry and Meghan at Wimbledon.
Posted by Admin at 6/04/2018