For their final engagement in Fiji, the Duke and Duchess of Sussex visited the city of Nadi in Western Fiji, where they attended a special event at Nadi Airport. 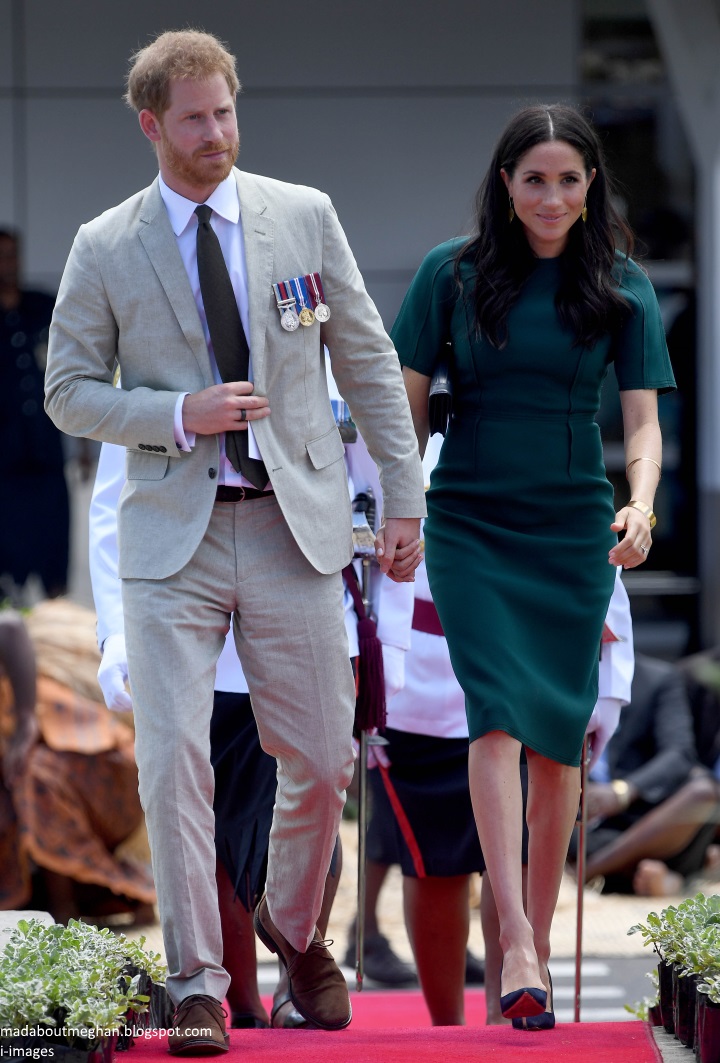 The couple arrived in a seaplane following a romantic overnight stay at the heavenly Vatuvara private Island resort. 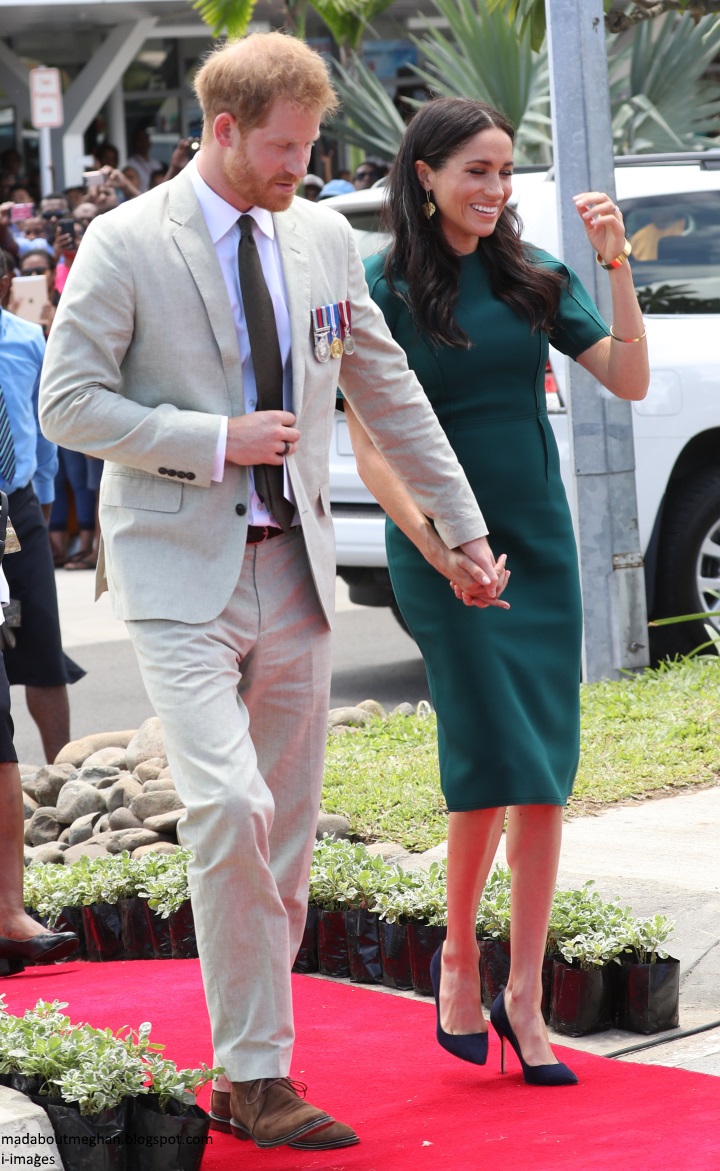 With just three villas on the resort, guests are guaranteed a peaceful and secluded stay in the rarely explored Northern Lau group of Fiji. It is the epitome of an exclusive tropical destination, hidden as far off the beaten path as one can imagine. Guests can enjoy a relaxing picnic on the beach and yoga. I imagine the couple indulged in both. 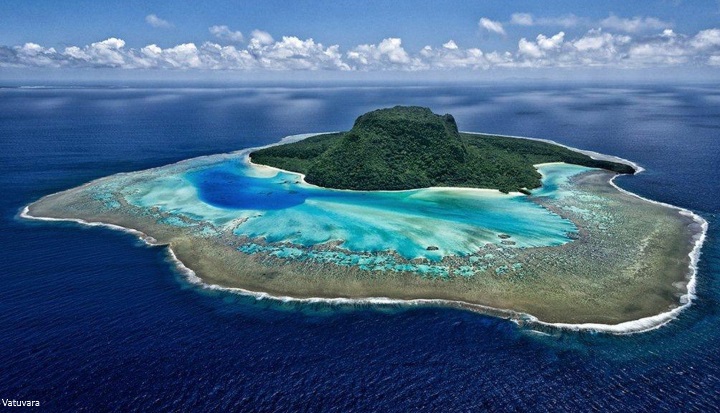 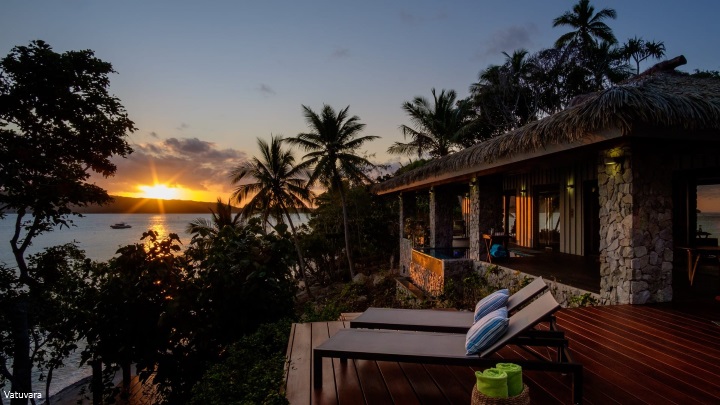 Fiji’s Minister for Industry, Trade and Tourism Faiyaz Koya said: “Vatuvara is one of those islands you will not forget. It showcases the Fijian spirit and what we have as Fijian people. It’s absolutely beautiful. Stunning. They would have enjoyed themselves.”

Royal fans waited for hours to see the couple on their final day in the country. 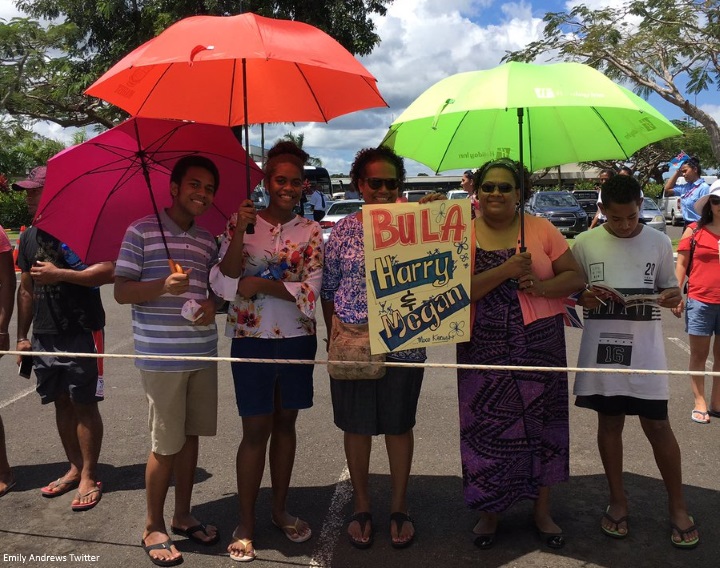 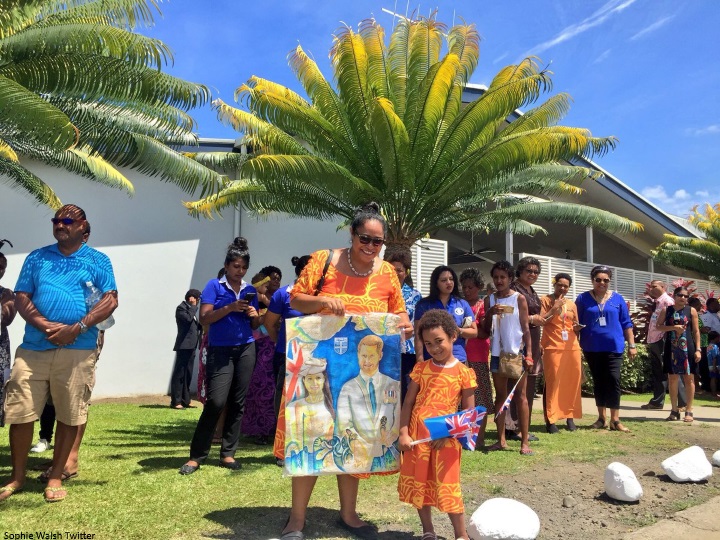 The Duke and Duchess were greeted with an official ceremony. 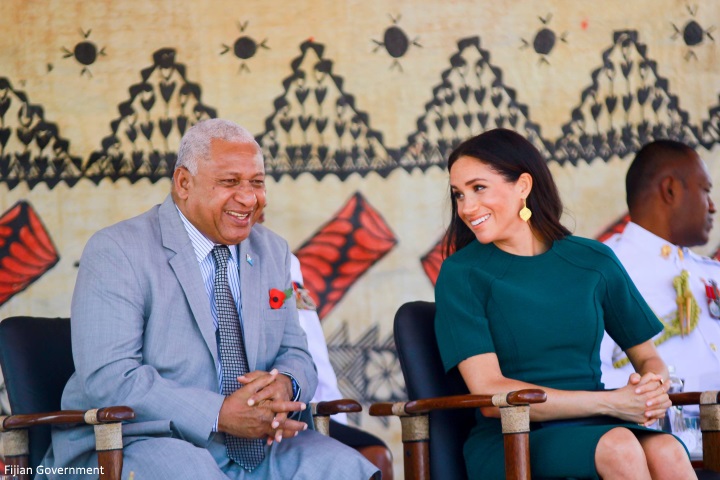 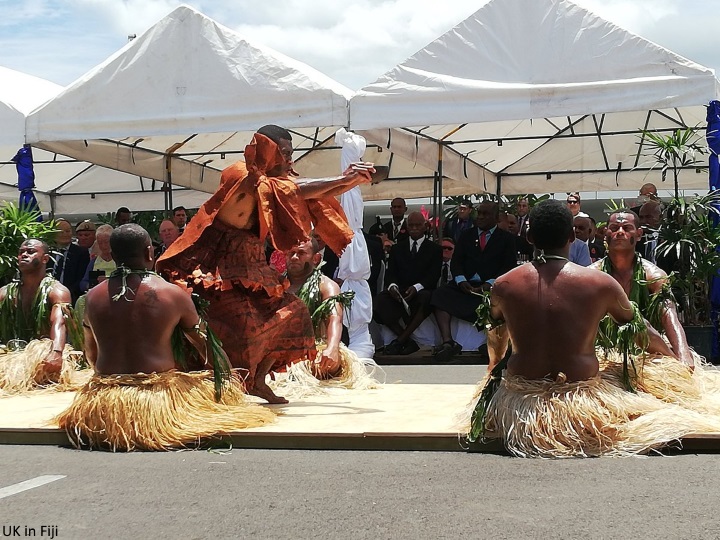 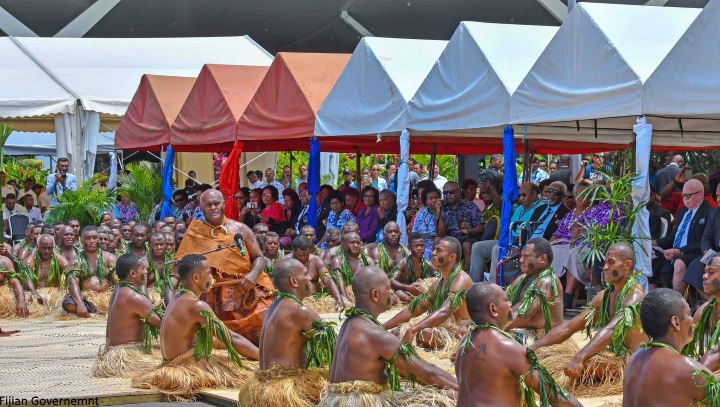 The Duchess enjoying the event. 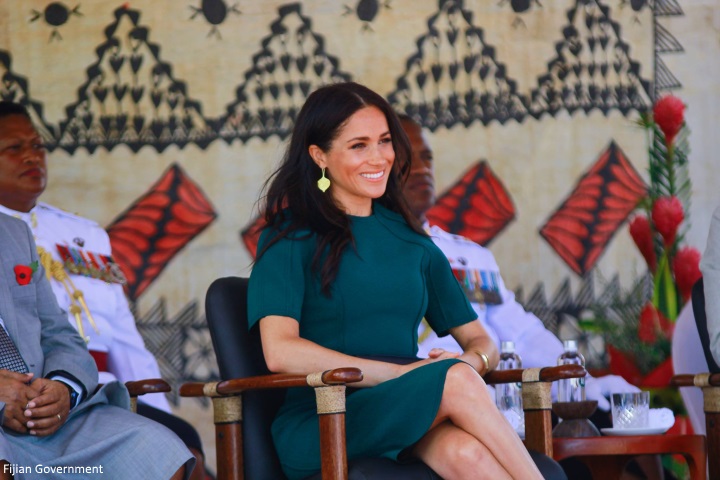 A very sweet photo of Harry and Meghan. 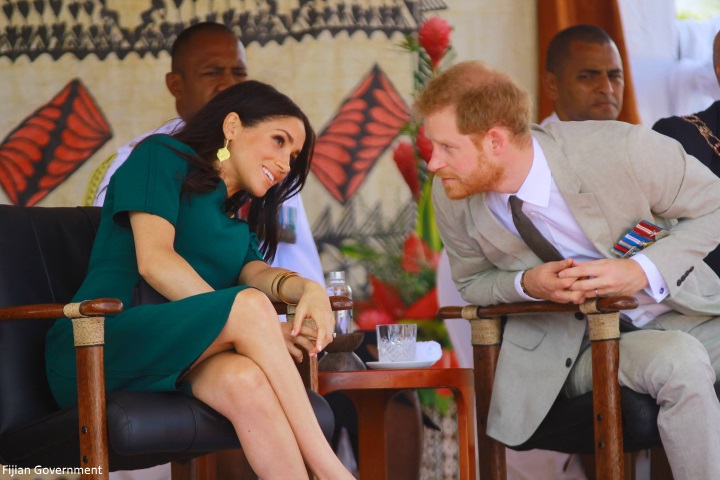 Reporters observed they were chatting and in great form this morning. 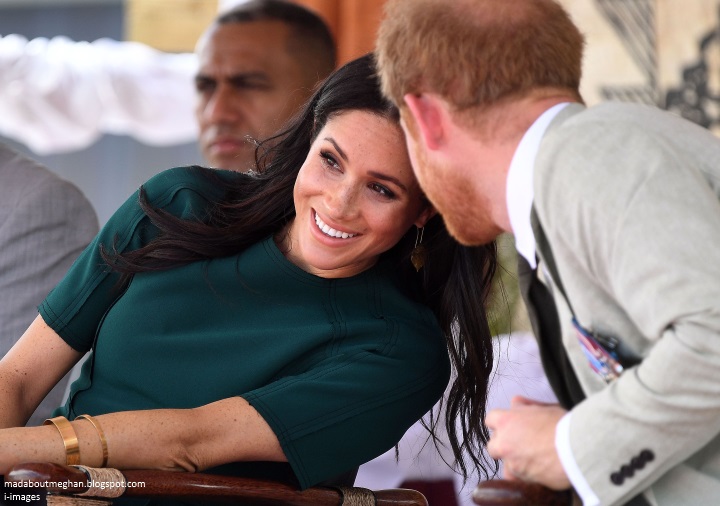 Emily Nash notes: "More Kava for the Duke, who calls out “Bula!” before clapping three times according to Fijian tradition. Made from powdered yagona root, it’s a mild sedative, so none for the Duchess!" 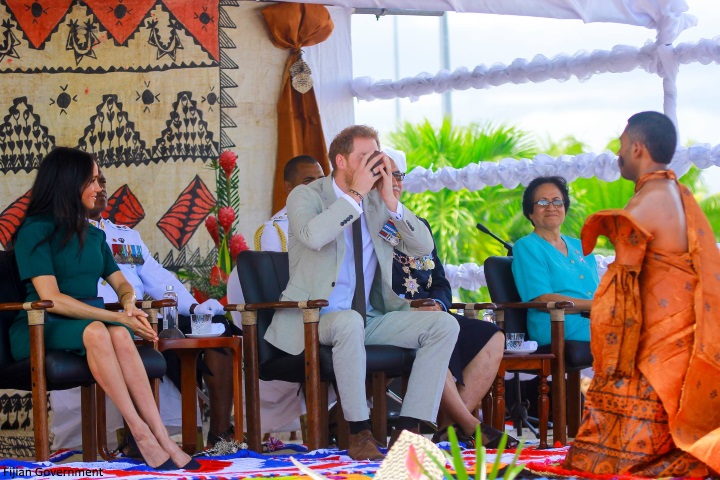 During a brief speech, Harry said: "Thank you to the people of Fiji for the warm welcome we have received during our visit. The Duchess and I are leaving with special memories of your beautiful country and look forward to returning in the future." 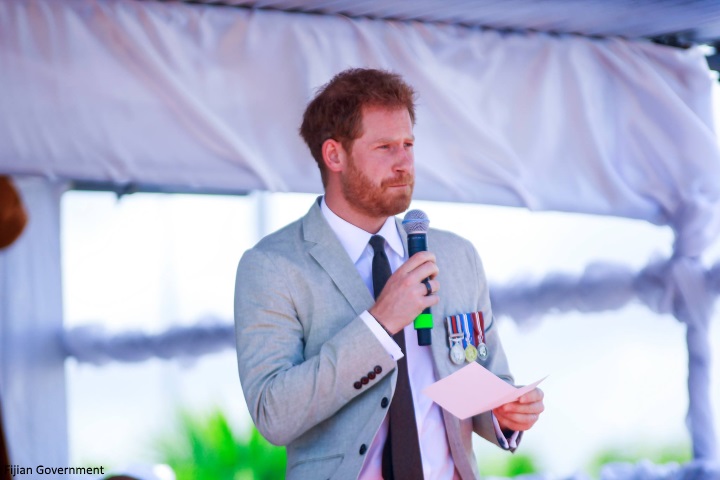 The Duke and Duchess unveiled a new statue commemorating Sergeant Talaiasi Labalaba, a British-Fijian soldier who lost his life in the 1972 Battle of Mirbat. 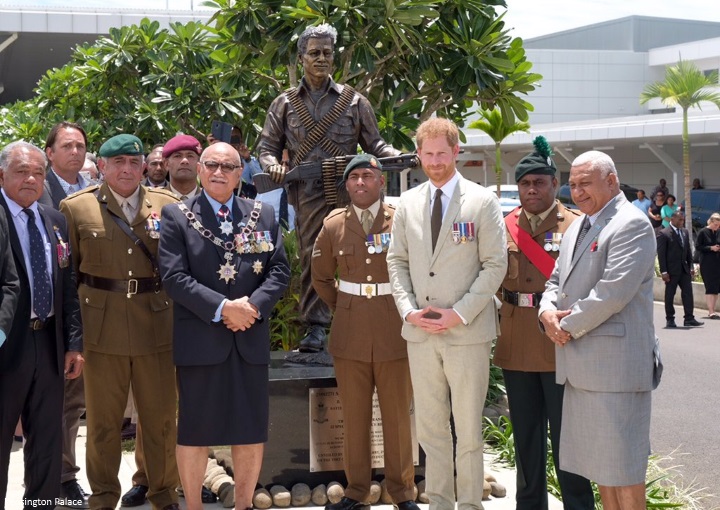 'On 19 July 1972 the Popular Front for the Liberation of the Occupied Arabian Gulf (PFLOAG) attacked the British Army Training Team (BATT) house, which housed the nine SAS soldiers, based just outside the port of Mirbat, Oman. Labalaba, aged 30, was shot dead whilst firing a 25-pounder gun at the attacking guerrilla forces. He displayed notable bravery by continuing to fire the 25 pounder single handed in spite of being seriously wounded when a bullet hit him on the jaw, after his Omani loader was seriously wounded early in the battle.

Captain Mike Kealy and fellow troopers Tommy Tobin and Sekonaia Takavesi ran a gauntlet of enemy fire but arrived too late to save Labalaba. Both the troopers were also hit, Takavesi was wounded in the back and Tobin was killed when a round crept through the sand-bagged walls and hit him in the face. Labalaba's actions helped to keep the insurgents pinned down until Strikemaster jets of the SOAF arrived to drive back the attackers while reinforcements from Salalah could be organised. Fellow SAS trooper Roger Cole in his book of the battle, SAS: Operation Storm, paid tribute to Labalaba saying if the guerrilla force had taken the 25-pounder then the SAS would have surely lost the battle.'


Labalaba was awarded a posthumous Mention in Despatches for his actions in the Battle of Mirbat, although some of his former comrades have campaigned for him to be awarded a posthumous Victoria Cross. His body was returned to England and buried in the cemetery at St Martin's Church, Hereford. In 2012 he was chosen as one of BBC Radio 4's 60 New Elizabethans in celebration of Queen Elizabeth's Diamond Jubilee. Below, the Memorial to Sergeant Labalaba at the Royal Artillery Museum, London. 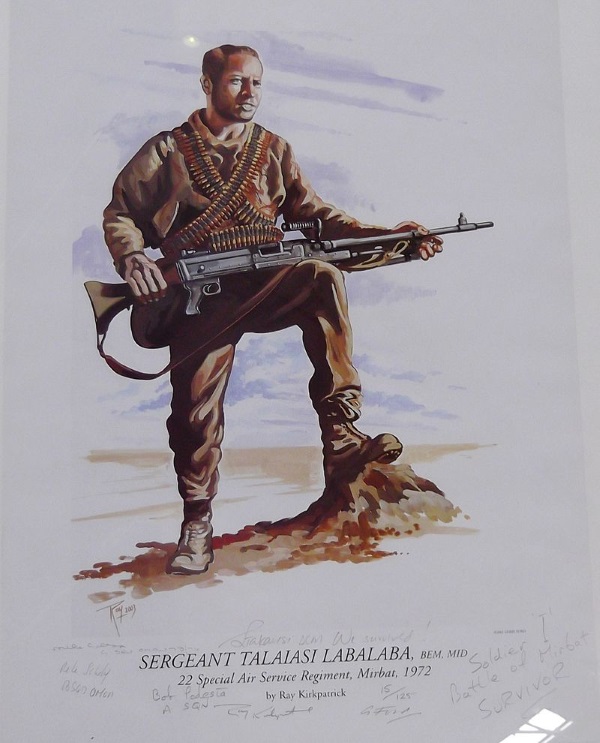 A closer look at the statue. 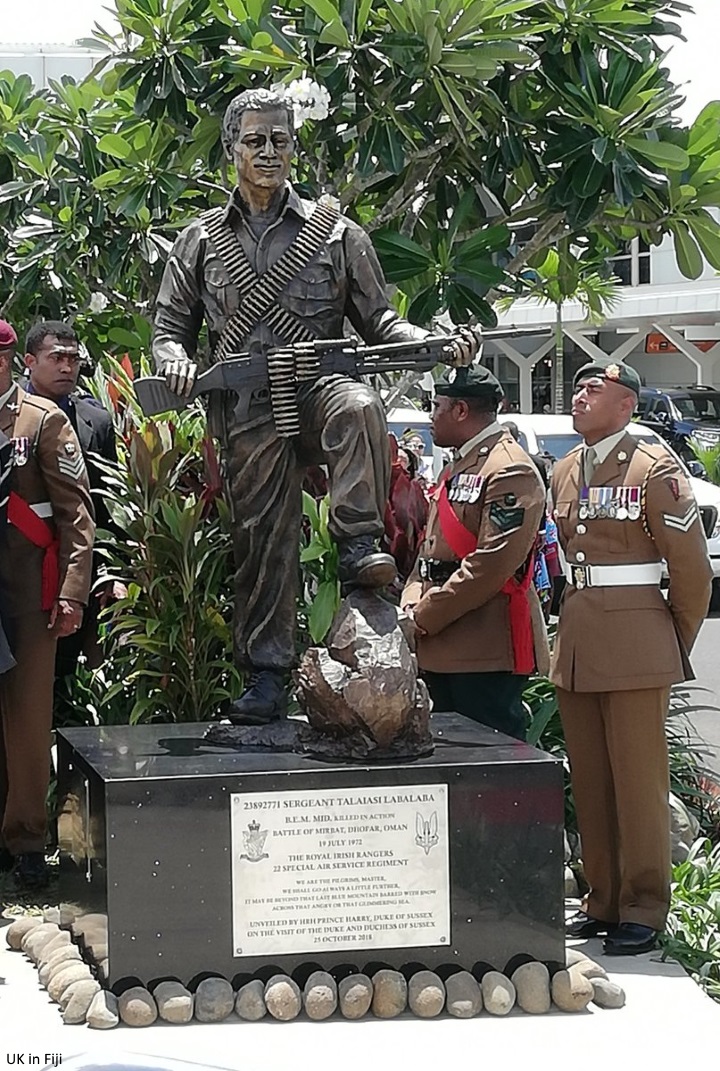 And it's goodbye Fiji. 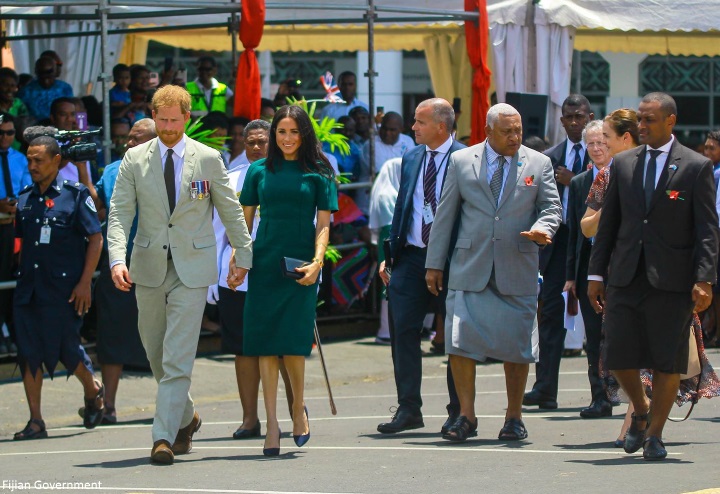 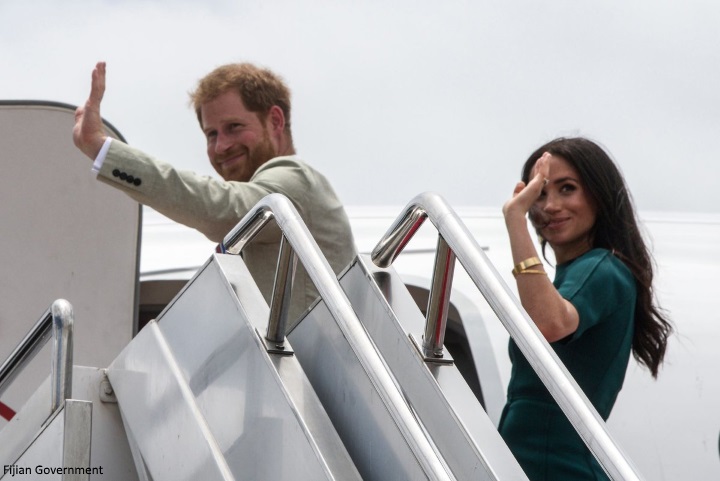 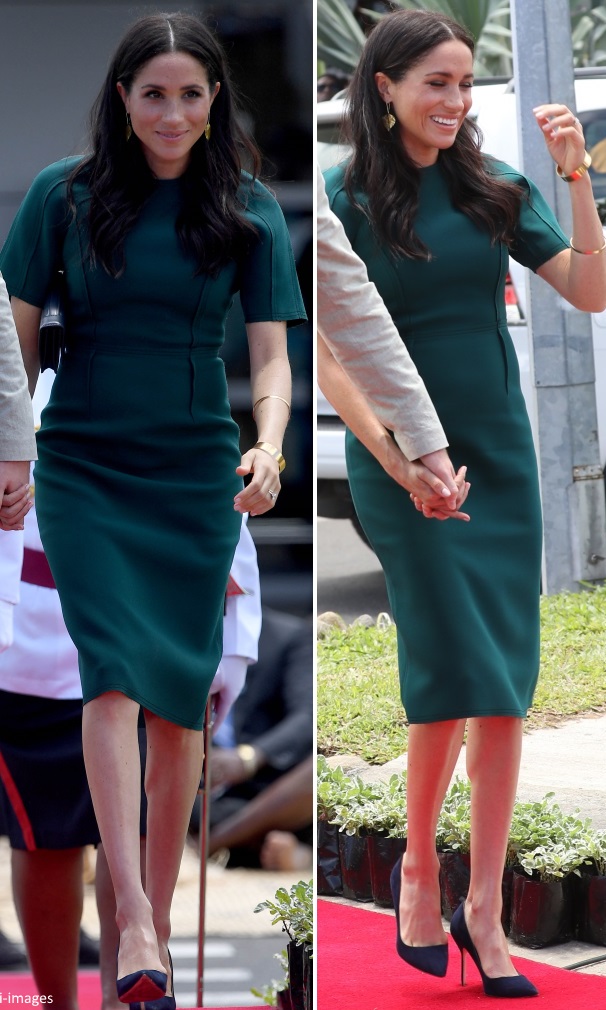 The fitted mid-length dress features a round neck, short sleeves, a fitted waist, mid-length, stitching details and a back slit at the hem. The dress is available at Saks Fifth Avenue and Jason Wu. 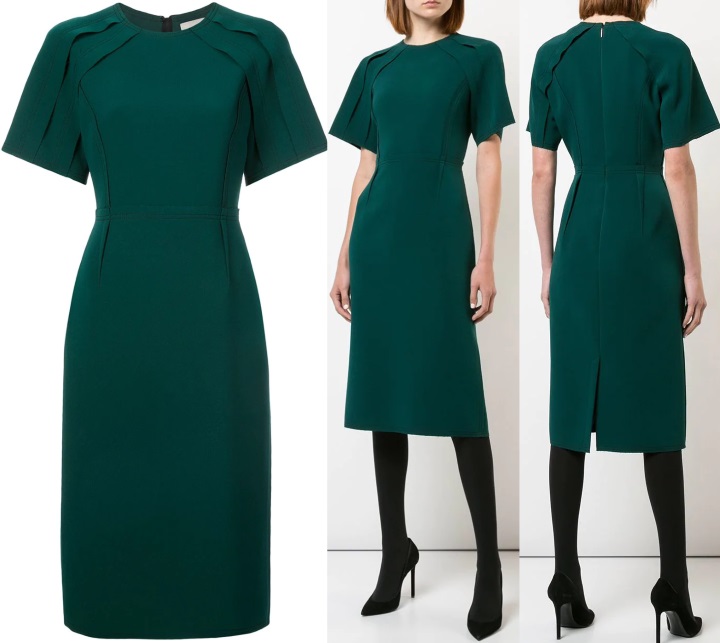 A closer look at the neckline. 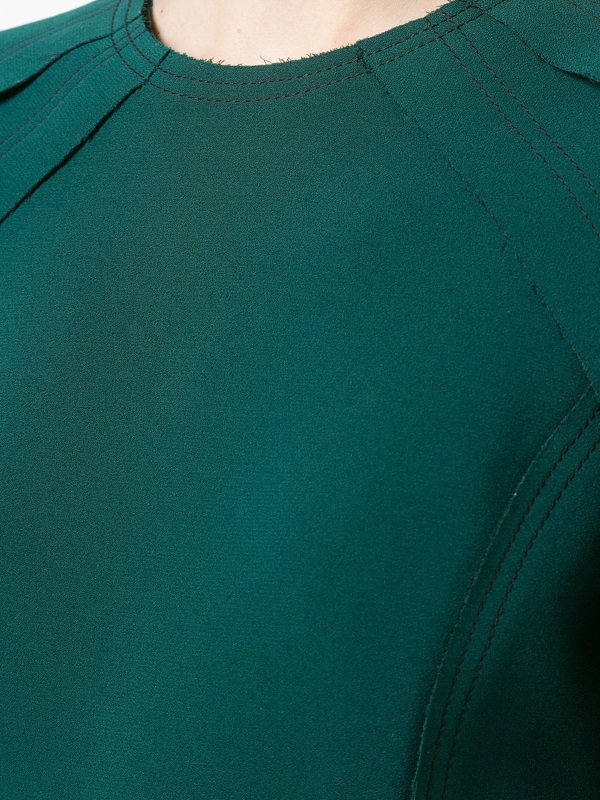 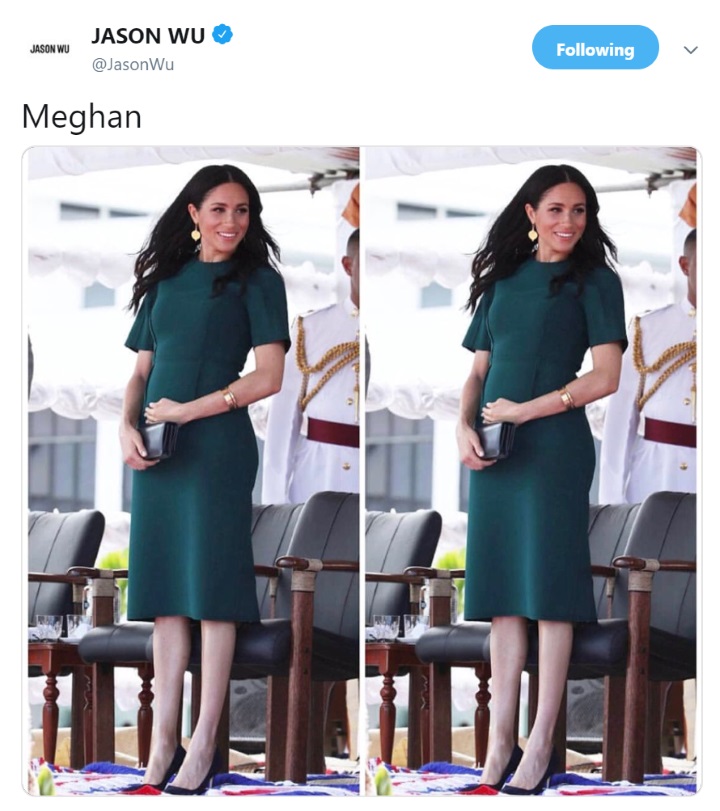 Meghan's bangles are the Pippa Small Oshna and Omeen styles (with thanks to the UFO No More team). More from the brand: "Every piece is hand made in Kabul by the men and women artisans of the Turquoise Mountain Foundation. Training and employing young people in meaningful creative jobs is vitally important now in Afghanistan when the young desperately need hope and a sense of purpose in a beautiful country tragically caught up in violence and conflict." 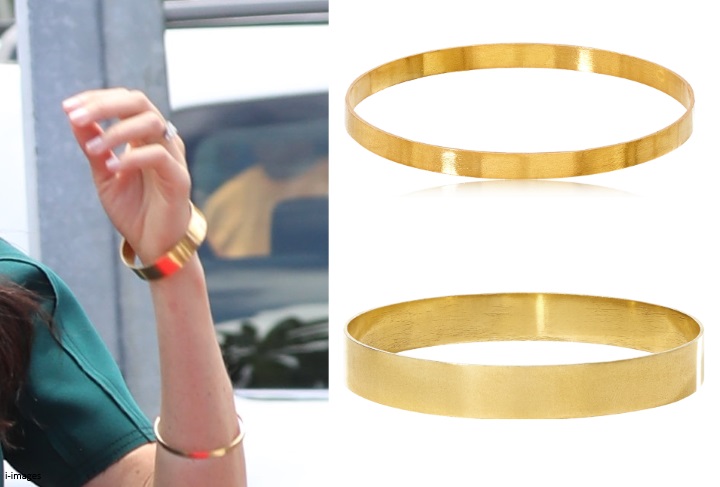