There's officially less than a week to go until Harry and Meghan's Royal Tour commences. I imagine the couple and their staff are in the final stages of preparations now. Operational notes, schedules, timings, briefing binders, suitcases to be packed (for 76 engagements!) and of course Meghan will be deciding what jewellery she's taking for the trip. It is very likely, the Duchess has been loaned a piece or two from the Royal Jewel Vault to wear during the tour. We know Meghan is very much a minimalist when it comes to her accessories - favouring small, versatile, delicate pieces. What items from the Queen could we see in the coming weeks? 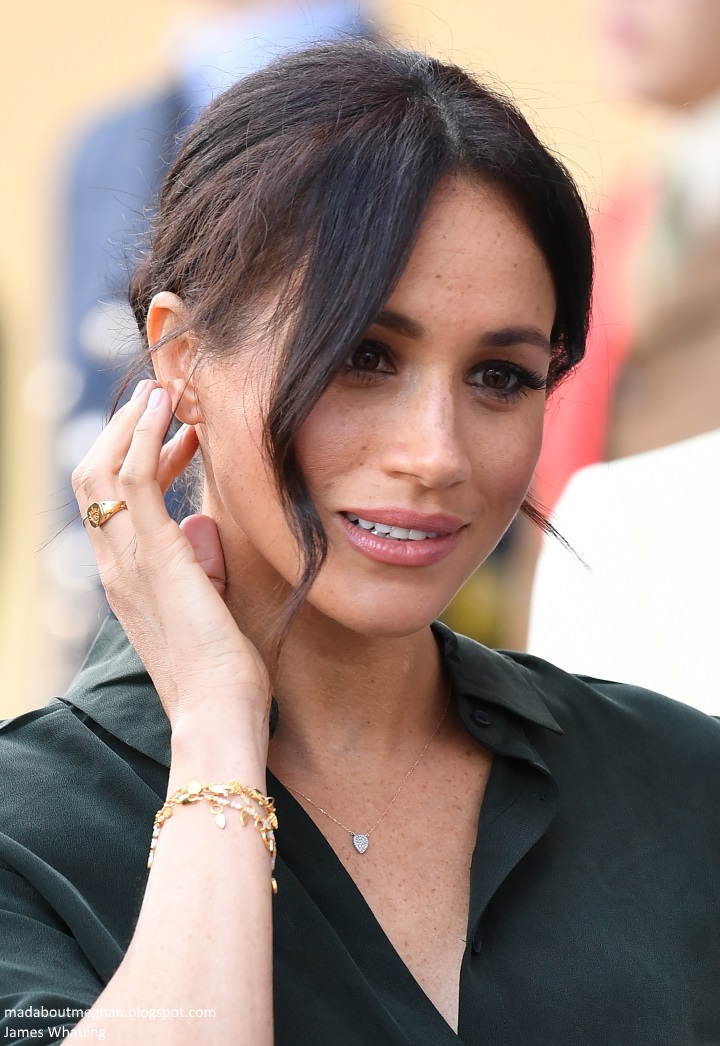 When considering pieces Her Majesty might loan to the Duchess, brooches with a connection to the countries the Sussexes will be visiting are certainly top of the list. The first of these is the Australian Wattle Brooch. 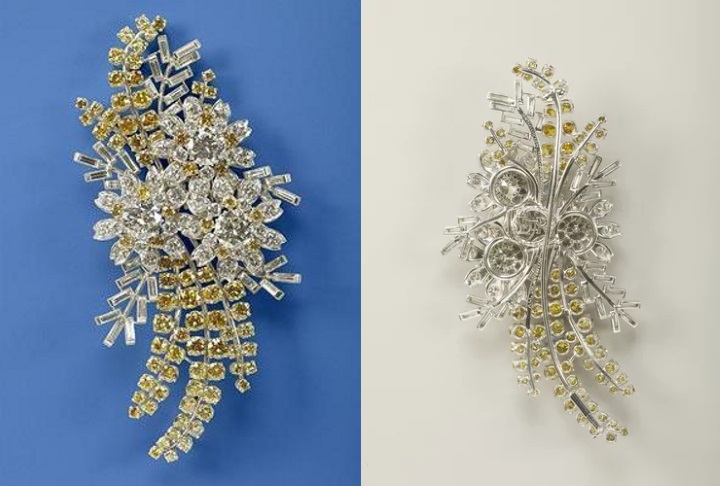 Presented to The Queen by the Government and People of Australia on Her Majesty's first visit to Australia in 1954, the yellow and white diamond brooch is in the form of a spray of wattle, the national flower of Australia, and tea tree blossoms. The wattle is the floral emblem of Australia and it is said to hold a great sentimental significance for The Queen. Her Majesty wore it throughout her Australian tour, including a visit to Flemington Races in Melbourne. She still wears it to this day.

The brooch would make a fitting choice for Meghan. In the ITV documentary Queen of the World, Meghan talked about including the Australian Wattle in her veil. Speaking of the documentary, episode 2 can now be viewed on YouTube.

During the same tour in 1954, the South Australian people presented The Queen with the stone their region is best known for, the opal, as a token of their loyalty and affection. The sizeable Andamooka Opal Necklace and Earrings. The opal weighs 203 carats and was found at the Andamooka Opal Fields in South Australia in 1949. It is said to be the finest quality opal ever discovered in the fields because of the size and the intensity of fire and flashes of colour it contains. The Queen wore the demi-parure just once during the trip as a courtesy, with the Cambridge Lovers Knot Tiara. It's been retired since. Could the opals make a comeback during this trip?

Next, the very pretty Hibiscus brooch. It depicts two Australian hibiscus flowers with ruby centres. The beautiful piece was given to The Queen Mother as a gift from Australia. Following her death in 2002, it passed to The Queen, who has worn it several times.

Next, we look at yet another piece Her Majesty received during her 1953/1954 world tour: The New Zealand Fern Brooch. The diamond and platinum brooch in the form of a silver fern - an important New Zealand Emblem - was a Christmas gift from the Women of Auckland. 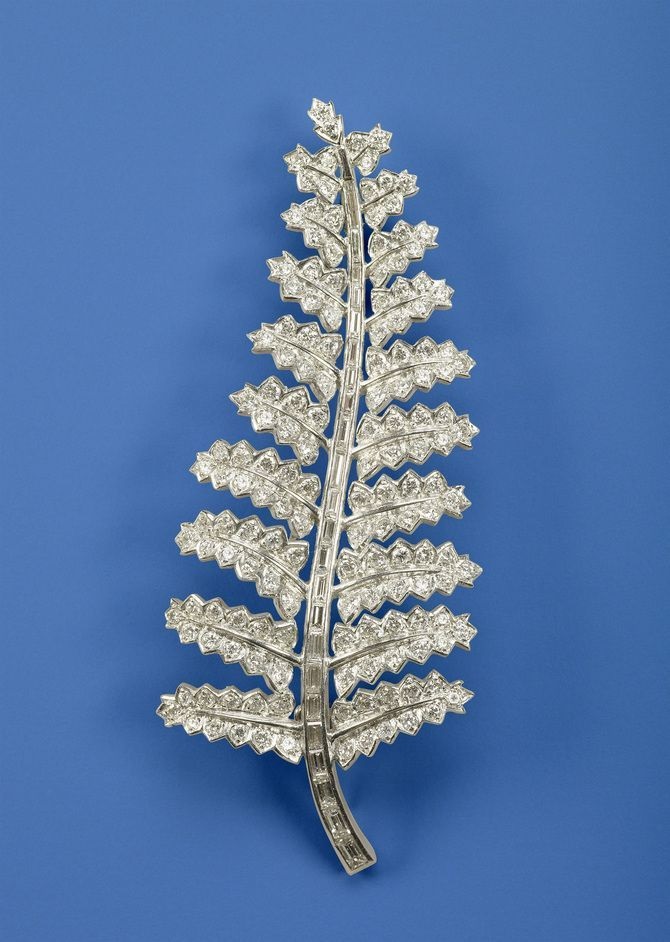 Her Majesty loaned the brooch to the Duchess of Cambridge in 2014 for her visit to New Zealand. 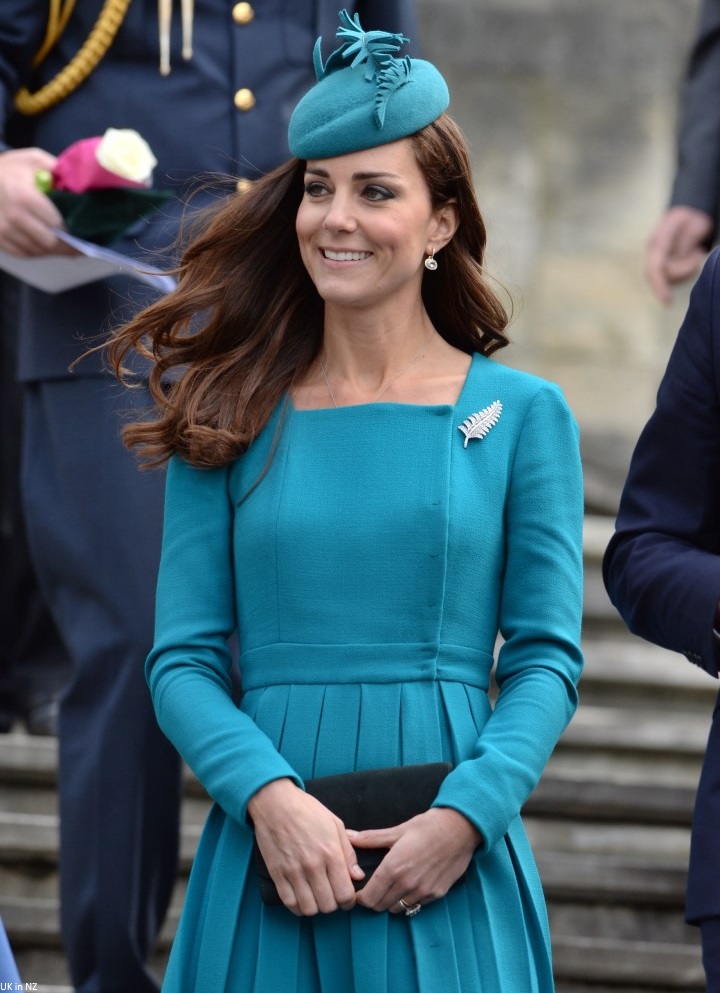 In 2013, when New Zealand Prime Minister John Key visited Balmoral, he gave The Queen a vibrant blue brooch from Eyris Pearls in Christchurch. The Queen has worn it on a couple of occasions. It could be a nice choice for the tour! 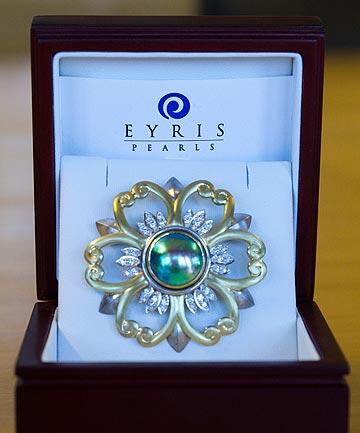 We could very well see other jewels from the vault such as earrings suitable for the varied days of engagements planned. A bracelet or necklace for one of the evening events? The State Dinner in Fiji and the official dinner in Tonga come to mind. Perhaps the pearl earrings the Queen gifted Meghan will make an appearance. 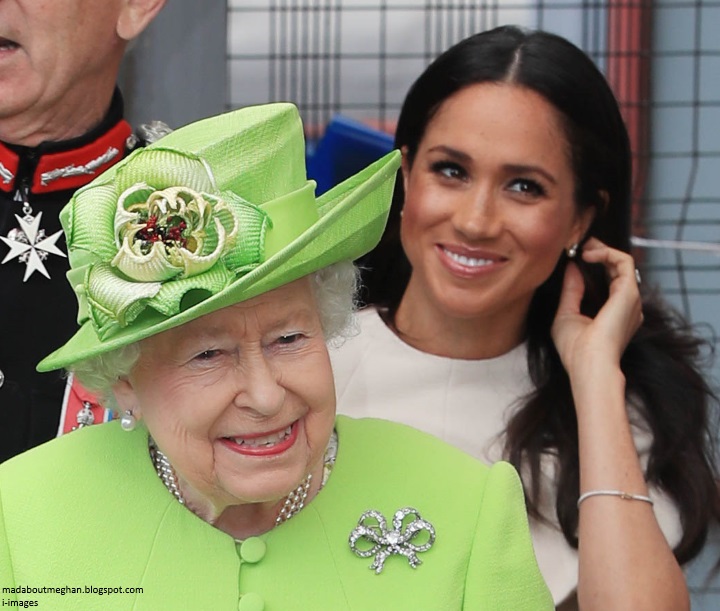 Several of you suggested the possibility of seeing Diana's Aquamarine ring again or indeed another piece from her private collection. 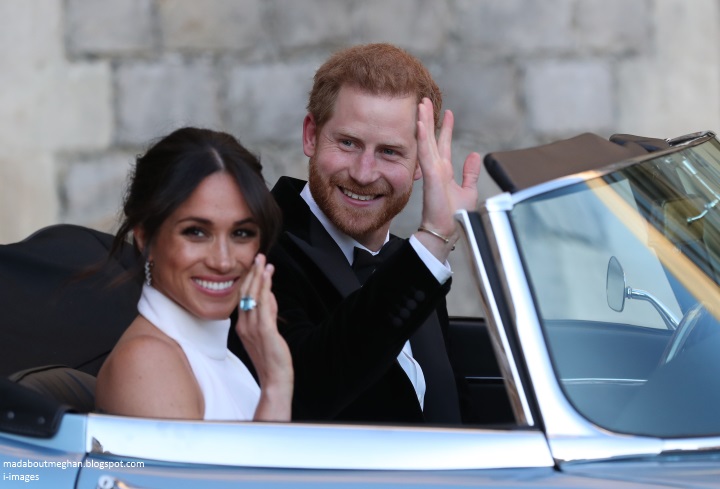 No doubt the Duchess was given spectacular jewels as wedding gifts in May. Indeed, she can expect to receive quite a few sparkling gifts during the trip. Her Majesty's Jewel Vault shared the following regarding gifts Kate received during the 2014 tour of New Zealand and Australia:

'The Duke and Duchess and Prince George returned from just their Australia/New Zealand tour with well over a thousand gifts in tow, and George was given more than anyone else. The Duchess seems to have picked up the most when it comes to jewelry as well. Among her treasures are a pair of pearl earrings from the Mayor of Christchurch, a white metal necklace and brooch from the CEO of the Cricket World Cup, a silver pendant from the CEO of the New South Wales Waratahs, a silver and opal brooch from the Governor General of Australia, a silver necklace and pair of earrings from the Governor of South Australia, another opal brooch from an individual, and many, many more pieces. These are only vaguely described (if they are described at all) in the lists.'

Before the tour, we'll see the Duke and Duchess at the wedding of Princess Eugenie and Jack Brooksbank at St George's Chapel, Windsor on Friday morning. It will be the most formal wedding we've seen the couple attend. Do you have any style predictions for the day? 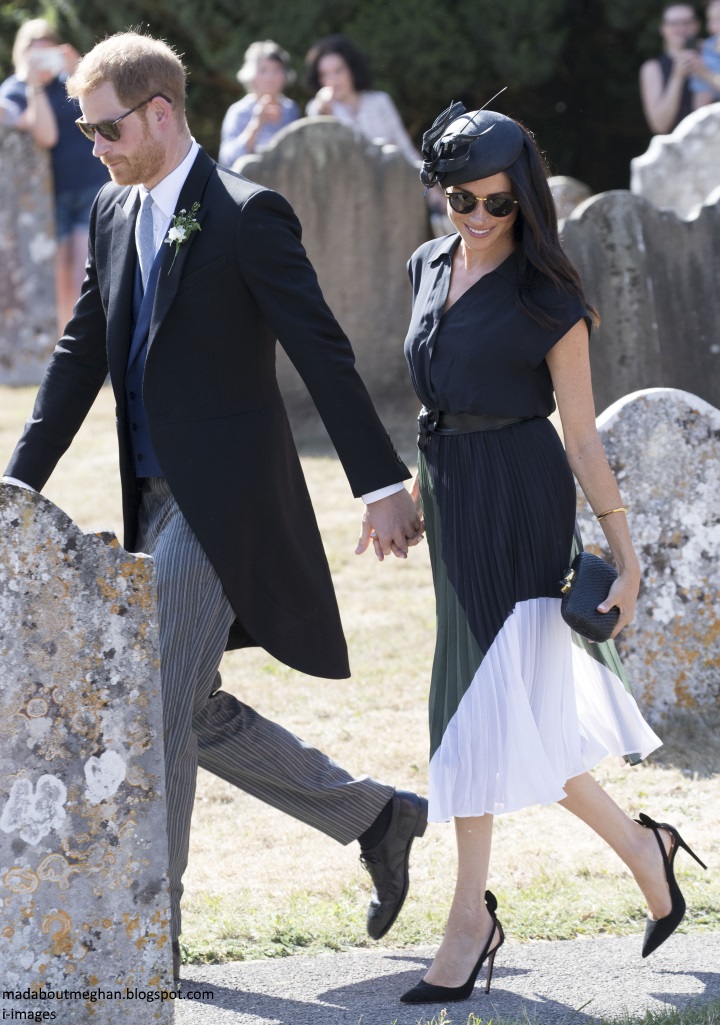 How can you watch the wedding?


For televised coverage, The Telegraph reports:

We'll see you on Friday morning for the wedding and then it's officially Royal Tour countdown time!
Posted by Admin at 10/10/2018