"Never complain, never explain": a mantra first coined by British Prime Minister Benjamin Disraeli has been adopted by the Royal family over generations and has largely served them in good stead. Yes, the strategy was effective in days gone by, when one could rely upon the source, at the time a daily newspaper, for royal news. One could trust in the accuracy and reliability of reporters on the beat. Tabloid coverage and the marital demise of Charles and Diana saw a different take on royal reporting emerge: the more scandalous and salacious the better. Fast forward to 2019 and we are dealing with an entirely different beast: the relentless 24-hour news cycle. Alarming keywords geared to get your clicks, "articles" full of filler with less than two actual sentences relating to the content of the aforementioned headline. 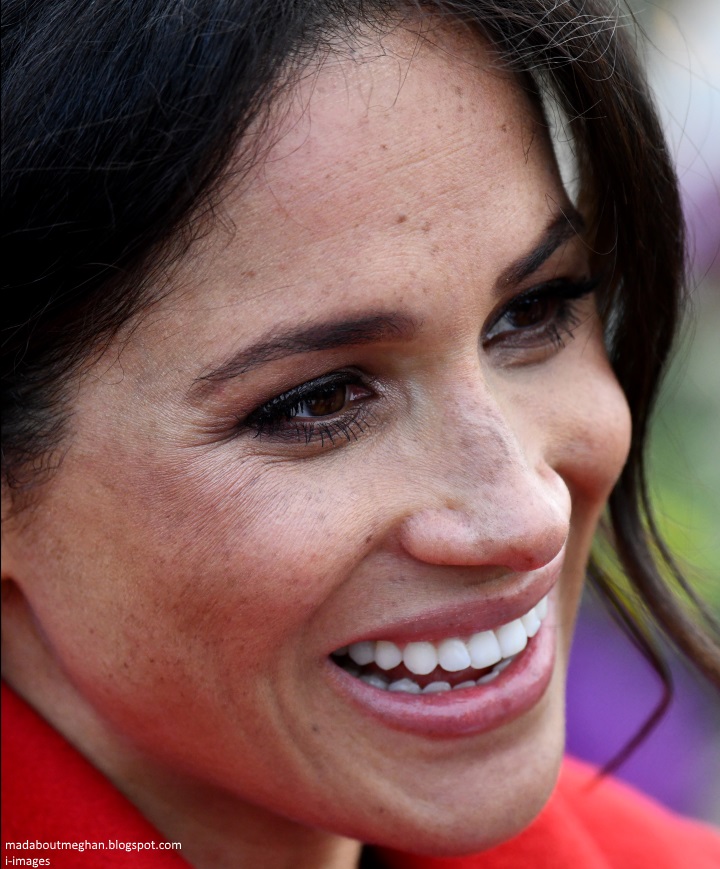 "Lessons have been learned" since the days of Diana, we were told. Never would another female member of the Royal family be hounded or victimised by the press in such a manner. The latter part has proved untrue and clearly there are many more lessons to learn when it comes to the Windsor women. The abhorrent treatment of the Duchess of Sussex is proof of that. For a woman who has turned her life upside down to marry the man she loves, embraced a new country, left her career and friends behind, and given her new role her full commitment, one would imagine this would be enough to garner at least fair coverage. The answer to that is a resounding no. "Duchess Difficult" has a snappier ring to it than "Duchess Dutiful". Since the day Harry and Meghan's relationship became public knowledge, she has been subjected to a never-ending take down. The Sussexes' visit to Bristol last week is a prime example of 'No Good Deed Goes Unpunished'. When she decided to write positive affirmations for the women One25 support, you could have easily been mistaken for thinking she wrote vile insults given the reaction. Meghan's crime? Writing "You Are Loved" and "You Are Brave". It is genuinely incredible to me that we are now in a situation where members of the Royal family are being vilified for acts of kindness. 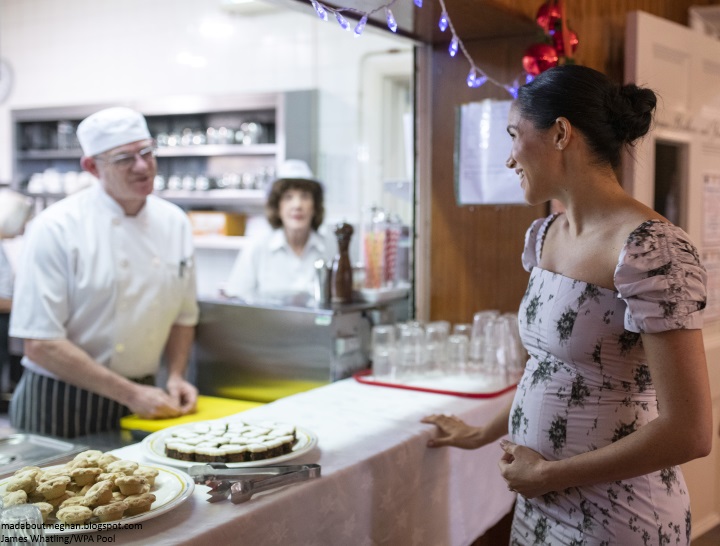 All of this has led me to believe the "no comment" strategy from the Palace is simply not going to cut it any longer - a feeling I expect both Meghan and Harry have been grappling with for some time. I'm sure they hoped it would subside eventually, but when that was evidently not going to happen, they likely spent a great deal of time considering how to handle the problem. This morning, it was revealed five of Meghan's closest friends have spoken anonymously to People magazine's Michelle Tauber to discuss the Meghan they know, call out the "global bullying" she has been subjected to, and to set the record straight on some of the persistent rumours. The Palace refuse to reveal whether Harry and Meghan had prior knowledge, but I feel certain they did and this is their way of getting their side of the story out. 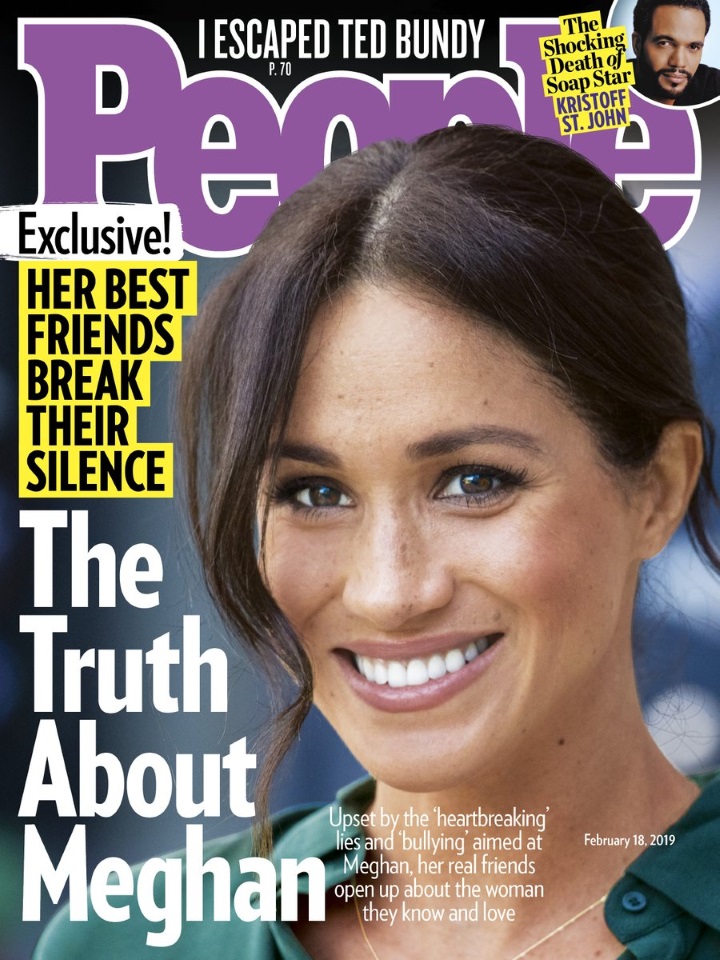 A longtime friend, a former co-star, a friend from LA, a one-time colleague, and a close confidante revealed their concerns Meghan and baby, discussed the tumultuous time she's been going through and how the media's version of the Duchess simply doesn't resemble the woman they call a friend. Reporter Keir Simmons said: "Harry privately has been wanting to defend her against these accusations. Good for them. In a way it's a testament to her that her friends are prepared to do this."


“This is unprecedented. I don’t think I’ve ever heard friends of a member of the royal family speaking up for her like this.” @keirsimmons reports on @people’s exclusive cover about Meghan Markle’s friends speaking out pic.twitter.com/xnAxMGHNtf
— TODAY (@TODAYshow) February 6, 2019


One friend revealed Meghan wrote her father a letter after the wedding and in return he requested a photo op. More from People's story:

“He knows how to get in touch with her. Her telephone number hasn’t changed,” says a longtime friend. “He’s never called; he’s never texted. It’s super painful, because Meg was always so dutiful. I think she will always feel genuinely devastated by what he’s done. And at the same time, because she’s a daughter, she has a lot of sympathy for him.”

After the paparazzi photos emerged, “Meg and Harry were still so focused on getting [Tom] to London,” says the close friend, one of five who spoke to PEOPLE for this week’s story. “At no point was there talk of ‘Now that we know he lied, he’s in trouble.’ Tom wouldn’t take her calls, wouldn’t take Harry’s calls.

“The next morning when the car got there [to take him to the airport], he wouldn’t get in. [Later] Meg heard he had a heart attack and she’s calling and texting, even up to the night before the wedding. It was like, ‘Please pick up. I love you, and I’m scared.’ It was endless.”

“After the wedding she wrote him a letter. She’s like, ‘Dad, I’m so heartbroken. I love you. I have one father. Please stop victimizing me through the media so we can repair our relationship.’ Because every time her team has to come to her and fact-check something [he has said], it’s an arrow to the heart. He writes her a really long letter in return, and he closes it by requesting a photo op with her.'


Regarding the rumours of a feud with the Duchess of Cambridge, friends rubbished those claims and said the stories have greatly hurt Meghan. Equally she's been upset by outrageous claims she demanded a specific tiara and scented fragrances for Windsor Castle on her wedding day. One friend told People: "If people knew how spiritual she is and how serious and respectful she takes her relationship with God - she would never ask for something like that." They added: "Meg is extremely faithful. We pray a lot together. We meditate. She has had, and especially has now, a very close relationship with God. A deep sense of gratitude and humility has guided her." They added she is incredibly "grateful" for all staff at Kensington Palace have done for her, and suggestions she has treated staff badly goes against everything Meghan stands for. They said she carries a box of hand warmers for Palace guards. "On Suits she would order gourmet burgers for the set. It's the same stuff she does at KP now".


DEFENDING THE DUCHESS: Duchess Meghan’s friends leap to her defense after months of negative and untrue stories: https://t.co/hOA4cYZxGS@JamesAALongman has the latest from London. pic.twitter.com/xtgyNuZ2gt
— Good Morning America (@GMA) February 6, 2019

"We worry about what this is doing to Meghan and the baby. It's wrong to put anyone under this level of emotional trauma. Especially when they're pregnant"

"Meg has silently sat back and endured the lies and untruths,” her former costar says in this week’s cover story.

We’ve all been to their cottage,” says a close confidante. “It’s small and she’s made it cozy, but the perception of their lifestyle and the reality are two different things. Meg cooks for herself and Harry every single day.

A “selfless” friend who writes thank-you notes for reasons big and small and is “the best listener,” Meghan is also a clutch advice-giver for those who rely on her.  “If I’m thrown some kind of curveball, I always think, ‘I gotta talk to Meg,’ ” says a former colleague. “We talk daily. And the first thing out of her mouth is, ‘How are the kids? How are you?’ I’m not even allowed to ask about her until she finds out about me.”


Certainly, Meghan's friends are appalled by how the woman they say "embodies elegance, grace and philanthropy" has been portrayed. They recall staying at Nottingham Cottage while Harry was away, and how thoughtful and caring she was throughout their stay. Home-cooked meals, conversations by the fire and a bathrobe and slippers left on the bed. I think this quote from a former colleague sums up the type of friend she is: "She will stop whatever she’s doing and laugh with you and cry with you. She is one of the most selfless people I know. A couple years ago, my son was at the beginning of a special-needs diagnosis. Meg screeched her life to a halt and used every resource she could muster for me: got me into a doctor in L.A., got me alternative doctors, called me, sent things to my hotel room. It was like a five-alarm-fire focus of her life to help me and support me." 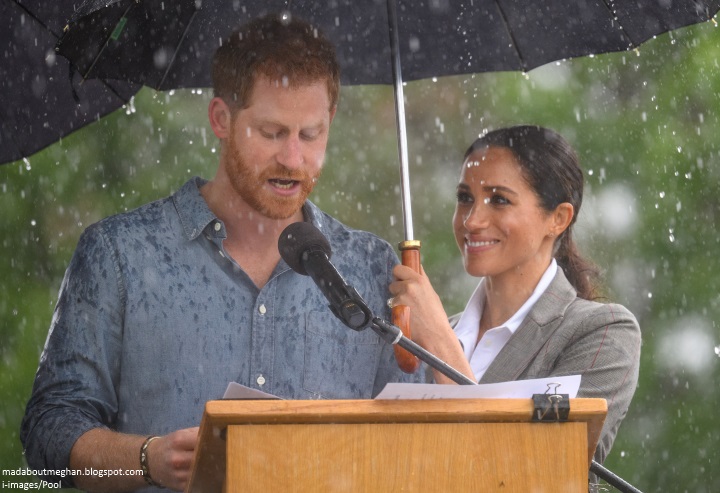 What do you think of the decision to speak out in this way? I do personally think push back is needed as this narrative is firmly out of control. I do hope we get to a place where fair coverage of how Meghan is doing in her role comes to the fore, praised and criticised like every other member of the family, without this tabloid fodder.

Coincidentally reporters Omid Scobie and Emily Andrews discussed the negative coverage against Meghan at length in their most recent On Heir podcast. It's well worth a listen for anyone searching for an informative viewpoint of the situation in general. Click here to listen to it.

Visit People for complete coverage and the interviews.

We'll see Harry and Meghan tomorrow for the Endeavour Fund awards.
Posted by Admin at 2/06/2019