Duchess Meghan's Stateside in J Crew for US Open Final

A last-minute decision led the Duchess of Sussex to travel to New York yesterday morning to cheer on her close friend Serena Williams in the US Open Final at Flushing Meadows. The Times reports Meghan stayed up until 1 am Thursday night to watch Serena win her place in the final, and made a spur of the moment decision to travel to the Big Apple and spend the weekend with friends.

Omid Scobie reports: "I’m told she’s 'super excited' to be in NYC to cheer Williams on. It wasn’t originally in the diary, a last minute trip, but you support your friends no matter what." 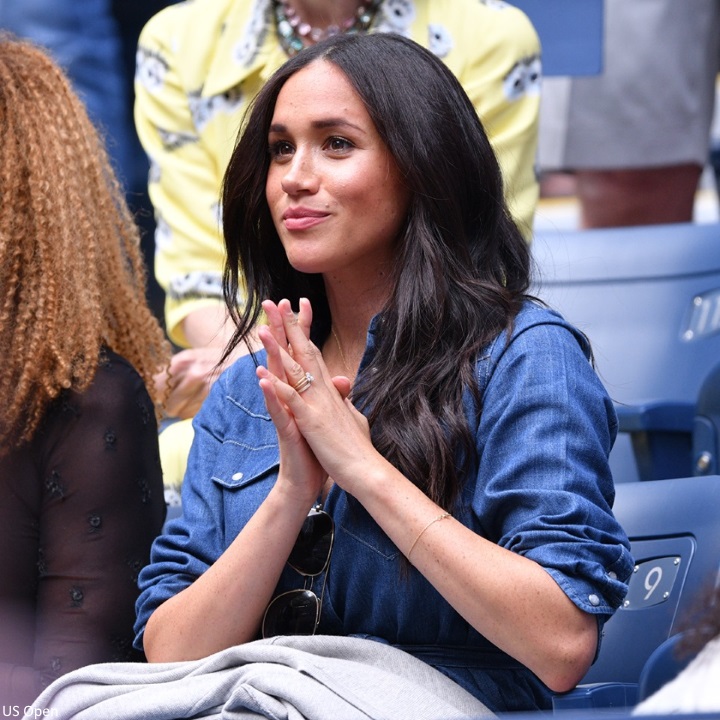 People reports, shortly after the Duchess arrived, she joined a friend for a yoga class at one of her old haunts, Modo Yoga, in the West Village neighbourhood. A source told the outlet, there were "lots of knowing smiles" as she joined the class of sixty. "She has been going to Modo Yoga for many years and tries to do so whenever she is in New York. It was the perfect remedy for jet lag." Meghan's love of yoga was passed down to her from her mother Doria who is a qualified instructor. During the Sussexes' time in Australia last October, Meghan revealed she had woken at 4.30 am and enjoyed an early yoga session.

The appearance comes one day after Buckingham Palace confirmed details of the Sussexes' southern Africa tour. A meticulously planned itinerary will see the couple utilise their roles as overseas ambassadors for Britain, and focus on conservation, young people, education, health and grassroots organisations (click here to read the full itinerary). Earlier this week the Palace also confirmed Meghan will launch her Smart Works capsule collection in collaboration with several British brands on Thursday. 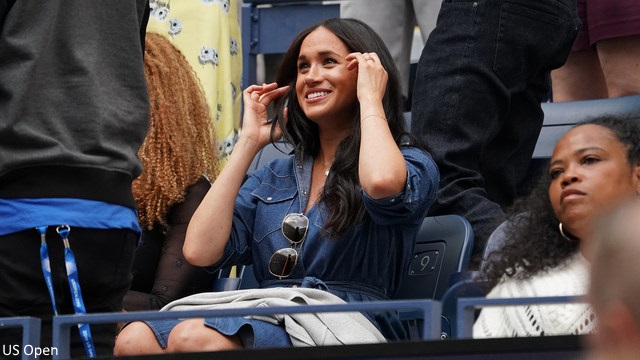 Meghan cheered Serena on twice at Wimbledon over the summer; once on the 4th of July and again for the women's final, which saw the tennis champion fall at the final hurdle of the tournament. The two have a very strong bond - one which has grown over the years. In a piece for her lifestyle blog the Tig, Meghan shared the following on their friendship: "We hit it off immediately, taking pictures, laughing through the flag football game we were both playing in, and chatting not about tennis or acting, but about all the good old fashioned girly stuff. So began our friendship. She quickly became a confidante I would text when I was traveling, the friend I would rally around for her tennis matches, and the down to earth chick I was able to grab lunch with just a couple weeks ago in Toronto. We are both the same age, have a penchant for hot sauces and adore fashion, but what connects us more than those things is perhaps our belief in exceeding expectations – our endless ambition. Serena is undoubtedly one of the best tennis players the world has ever seen."

The US Open tweeted it's "a final fit for royalty".


Meghan was seated in Serena's box beside her mother Oracene Price.

The two enjoyed chatting before the match; no doubt nerves and anticipation were high ahead of play.

Seated behind Meghan? None other than Vogue's US editor Anna Wintour. Anna is a huge fan of Meghan; the pair likely discussed Meghan's work with British Vogue and her successful efforts editing the September issue.

It's a poignant match for Serena, who won her first major title at the US Open twenty years ago aged just 17. She would go on to win six women's singles titles at the tournament. A win today would make it another history-making day in her career; and see the American tennis star secure her 24th Grand Slam singles title, tying with Margaret Court, the only other player to have reached that number. 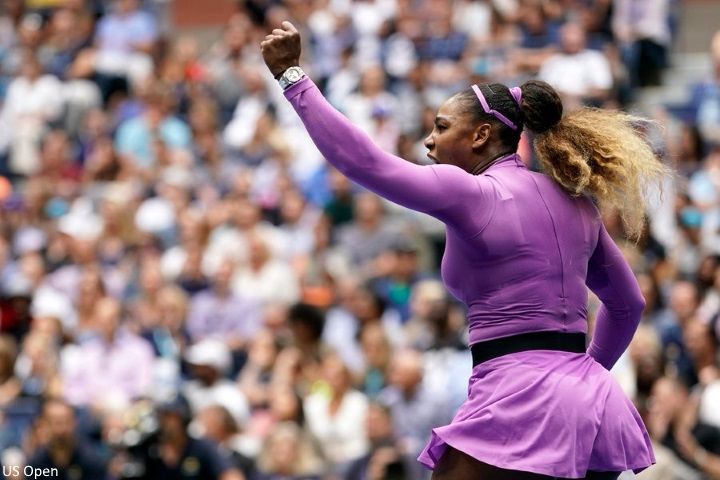 Serena's opponent is Canadian player Bianca Andreescu. The nineteen-year-old is a strong up-and-coming talent in the game. Today she's fighting for her first major title. Bianca's coach, Sylvain Bruneau, told WTA Tennis: "Tomorrow is a tough task, the toughest ask she's had this year in her young career, but she's a warrior and she's a street fighter. She strives to compete. I strongly hope and I'm pretty confident she's going to step in the arena tomorrow, both feet in, and going at it." 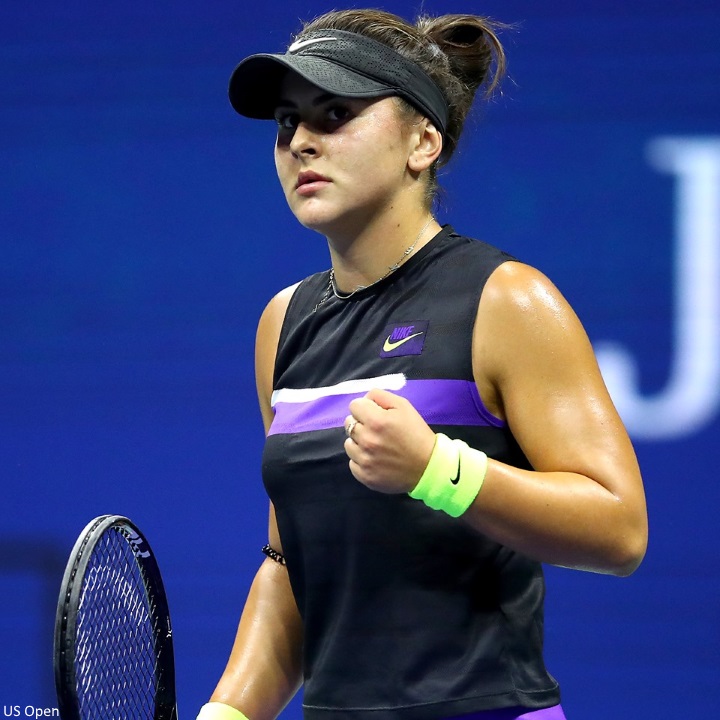 When the camera turned to Meghan, there was quite a bit of cheering for the Duchess. 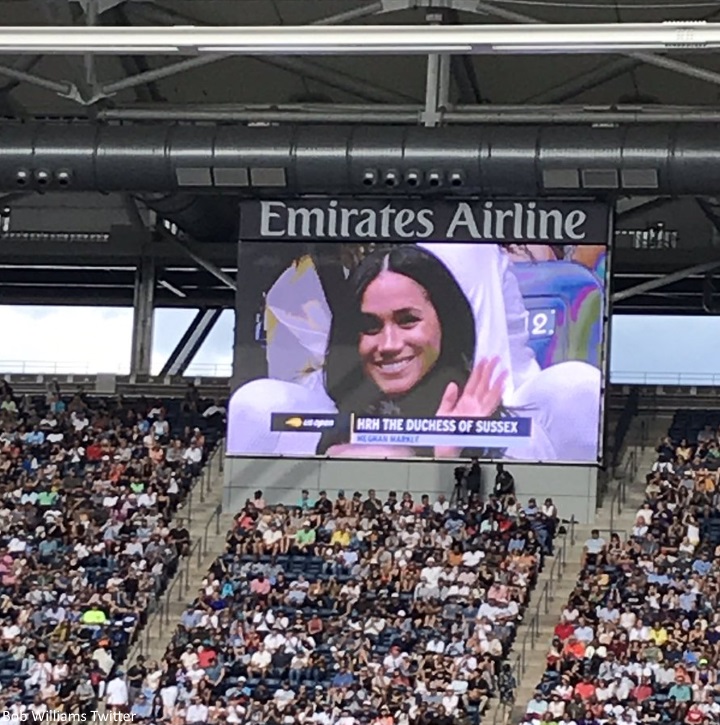 The match began with a number of terrific shots on display. 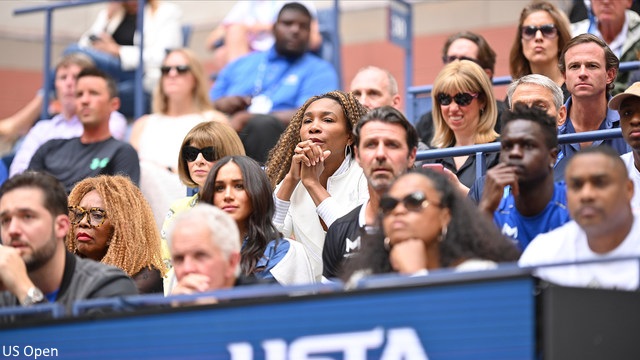 Bianca Andreescu quickly took the lead in the first set and dominated the second taking her first grand slam title. 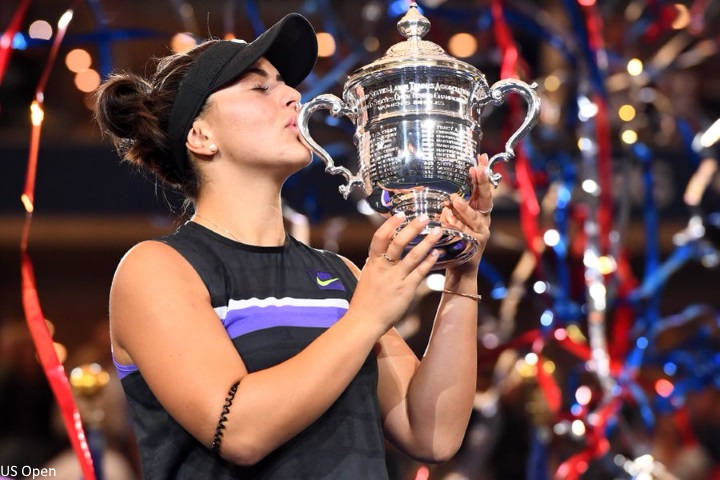 Bianca in her player's box celebrating.


Serena was gracious in defeat.


Meghan looked radiant and effortlessly chic in J Crew for the event.

Meghan wore J Crew's $118 Denim Shirtdress with tie belt (with many thanks to Meghan's Mirror for their ID work on this look). The piece is fitted at the waist and comes in a bright medium wash. At the moment, it's available in sizes 00-16. The piece is discounted with the code SHOPMORE. 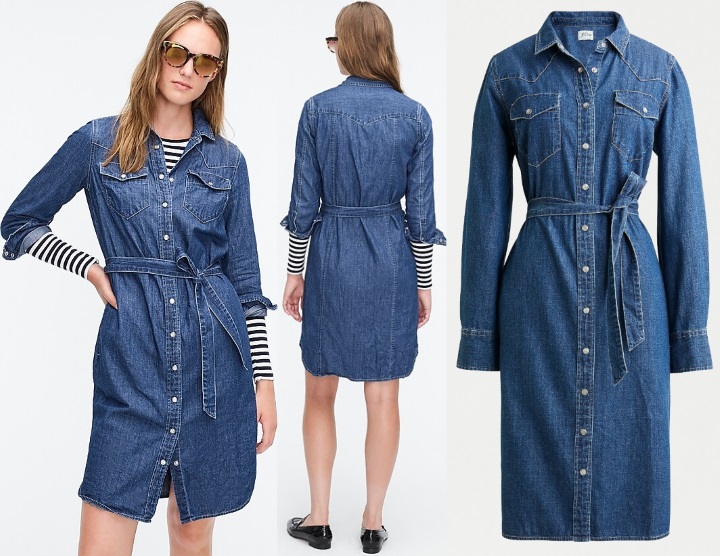 Draped over her shoulders, J Crew's Juliette Collarless Sweater. The heather dove grey piece is described: "This multitasking layer features a mid-length cut, an open cascading front and cozy knit fabric that toes the line between a cardigan and a jacket. Indoors or outdoors, we bet you won't want to take this one off." It's currently on sale at Nordstrom. 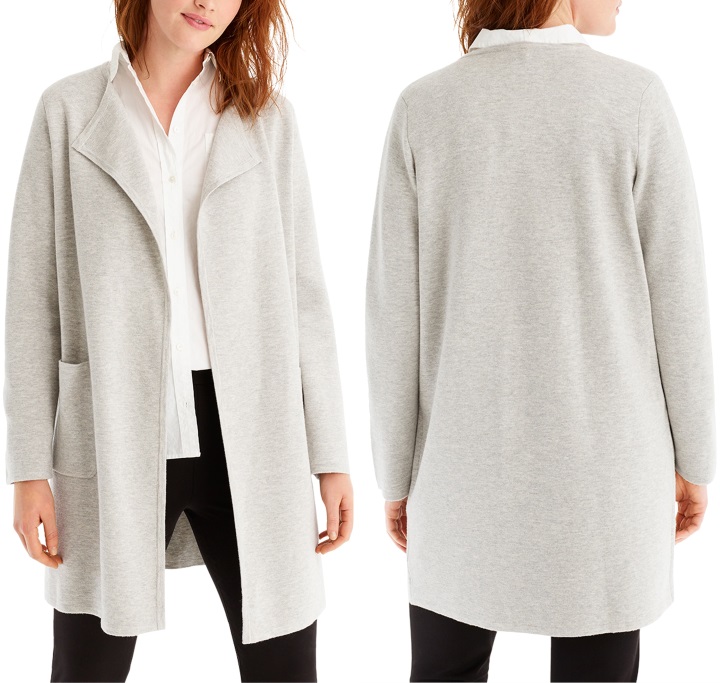 It's also available in a selection of colours at J Crew. 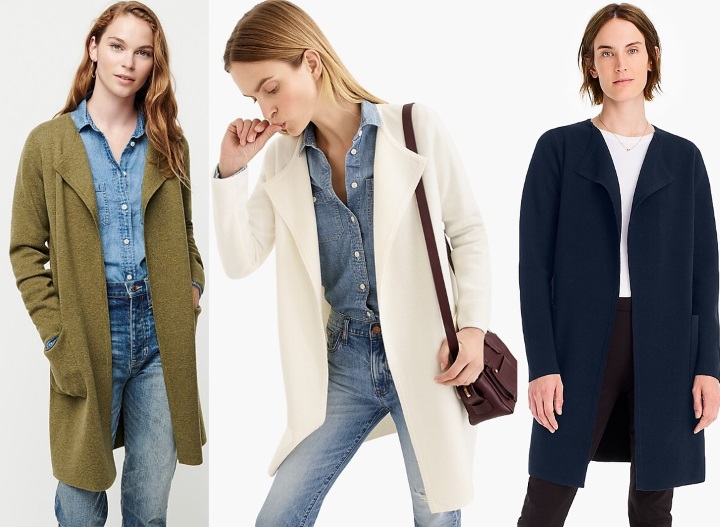 The Duchess accessorised with her Jennifer Meyer turquoise bar earrings. 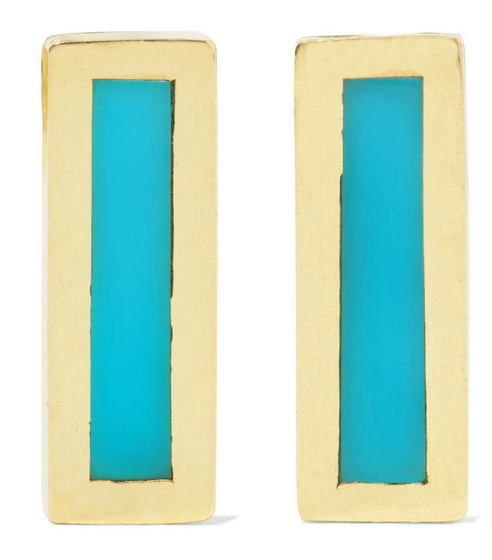 Meghan's necklace appears to have a "H" and "M". Hilary suggest it's the Mini Mini Jewel Diamond pendant. 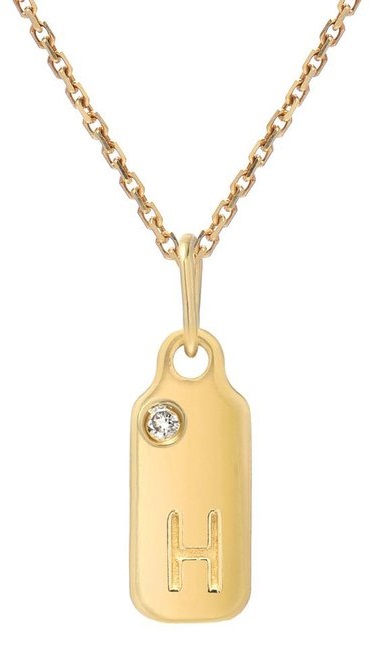 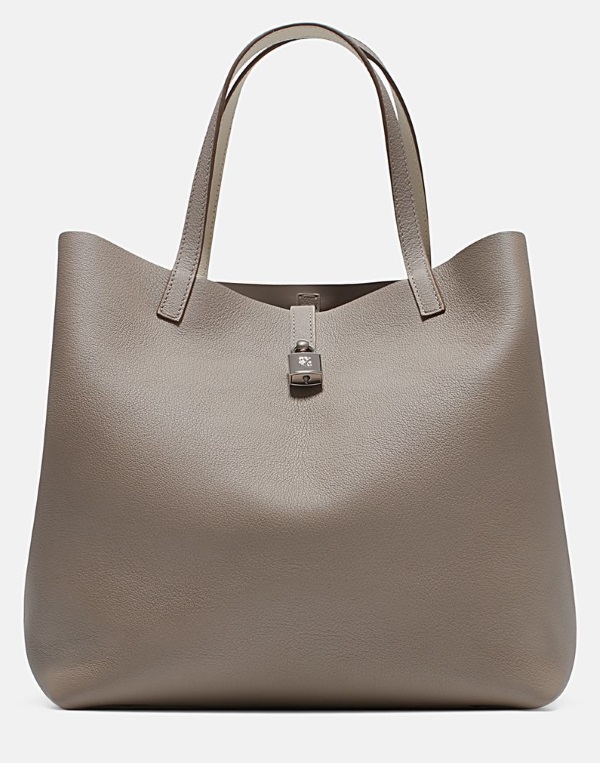 And Meghan's sunglasses are by Victoria Beckham.

It turns out there was another reason for Meghan's surprise trip: she surprised close friend and make-up artist Daniel Martin for his birthday. 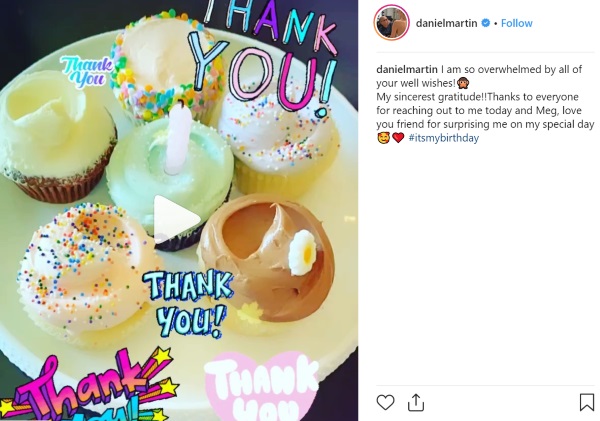