Two years today, the Duke and Duchess of Sussex officially announced their engagement. So many of us had been waiting for the announcement for months with speculation reaching fever pitch when Meghan joined Harry for the Invictus Games in Toronto. When I started Mad About Meghan in April 2017, a number of people asked me how I was so sure Meghan was "The One" for Harry. At that point, we had seen only a handful of paparazzi photos of the couple. Even so, it was clear they had something very special. From there I researched Meghan and realised this was a woman who would excel in a royal role and shared a desire with the prince to support charitable endeavours and make a positive difference in the world. That was confirmed when they stepped out for their photoshoot at Kensington Palace. This was a couple very much in love and looking forward to spending the rest of their lives together. Harry and Meghan are clearly thinking back to that November day in 2017 when they shared their good news with the world too. To mark the occasion they shared a previously unseen wedding portrait taken by Alexi Lubomirski. 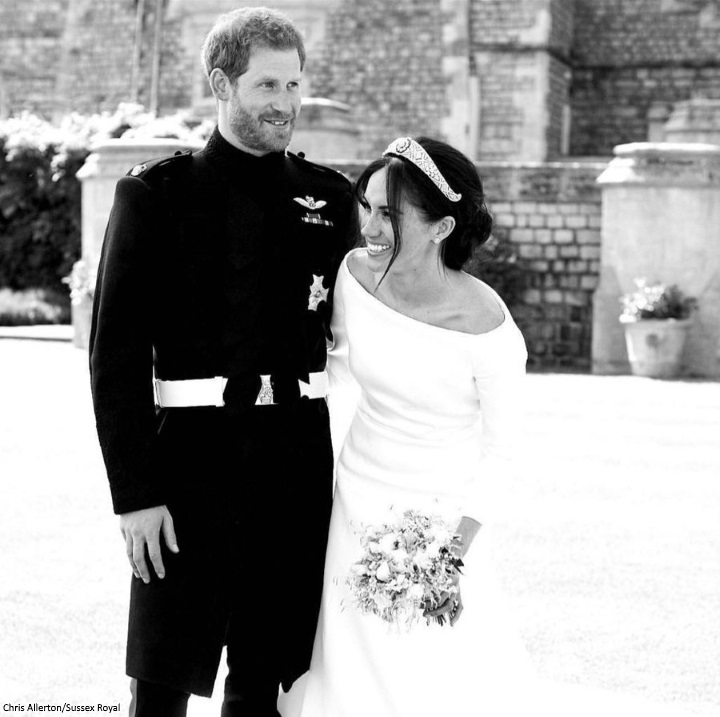 The post on Sussex Royal read: "On this day, two years ago: 27th of November 2017, Prince Harry and Meghan Markle announced the news of their engagement, later becoming Their Royal Highnesses The Duke and Duchess of Sussex! They have since celebrated their wedding anniversary and welcomed their son, Archie, into the world." 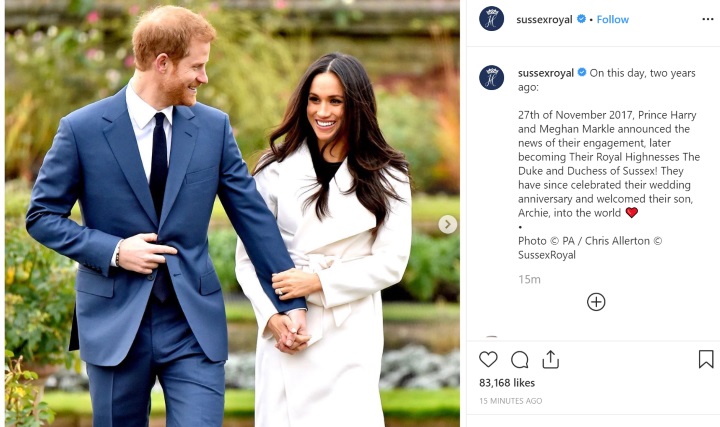 To revisit the engagement post please click here. I remember Harry saying during the interview "The fact that I fell in love with Meghan so incredibly was sort of confirmation to me all the stars were aligned. It was just perfect. It was this beautiful woman just sort of literally tripped and fell into my life, I fell into her life." 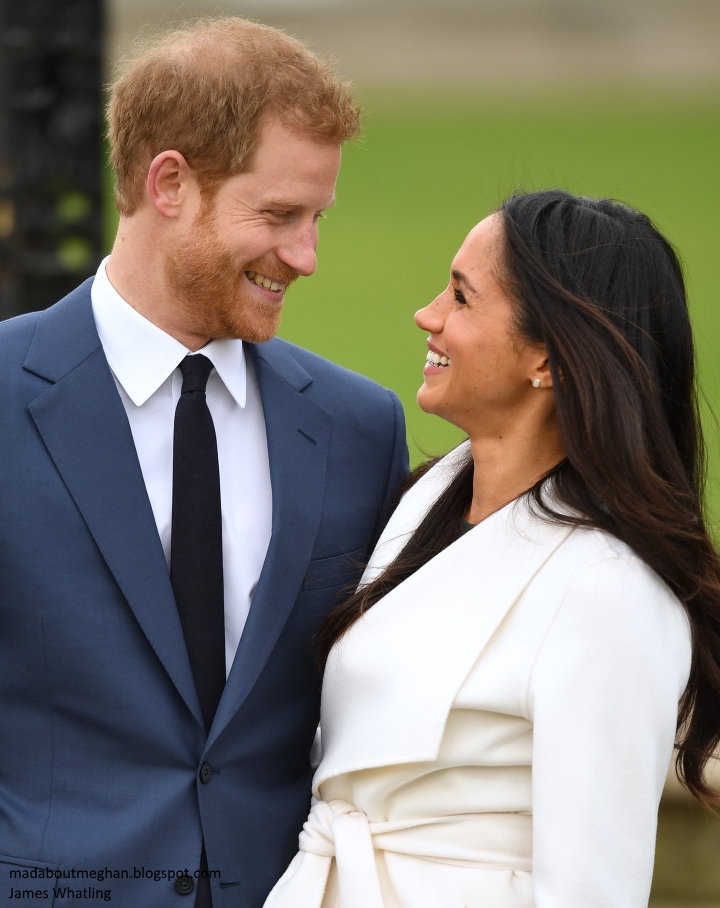 Yesterday we chatted about the wonderful Sussex Great Forest initiative. I'm delighted to tell you they have reached their original goal of planting 10,000 trees in just a week. They intend to continue and will choose a new figure to reach for Archie's birthday shortly. Keep planting, keep donating, every single tree makes a difference. For all the information on selected organisations and other options please visit this post. Until the 10 December, the International Tree Foundation are matching all donations. The organisation does outstanding work with communities in Africa and the UK to carry out sustainable community forestry projects.