I expected to write a post tonight covering Meghan's private visit to her patronage the National Theatre. Instead another royal story has dominated headlines all over the world - the Duke and Duchess of Sussex have announced they intend to step back as senior members of the royal family.

“After many months of reflection and internal discussions, we have chosen to make a transition this year in starting to carve out a progressive new role within this institution. We intend to step back as ‘senior’ members of the Royal Family, and work to become financially independent, while continuing to fully support Her Majesty The Queen. It is with your encouragement, particularly over the last few years, that we feel prepared to make this adjustment.

We now plan to balance our time between the United Kingdom and North America, continuing to honour our duty to The Queen, the Commonwealth, and our patronages. This geographic balance will enable us to raise our son with an appreciation for the royal tradition into which he was born, while also providing our family with the space to focus on the next chapter, including the launch of our new charitable entity. We look forward to sharing the full details of this exciting next step in due course, as we continue to collaborate with Her Majesty The Queen, The Prince of Wales, The Duke of Cambridge, and all relevant parties. Until then, please accept our deepest thanks for your continued support.”


I've been trying to formulate my thoughts about this for several hours and have attempted to glean as much accurate information as possible. It's important to stress so much is up in the air and we can expect days if not weeks of conflicting coverage. When Harry and Meghan visited Canada House yesterday, I thought it a sign of an extended tour or perhaps plans to spend a good deal of time in the country in the coming year. We all know Harry and Meghan have struggled enormously under a media spotlight that could only be described as unrelenting and cruel. Still, I had hoped after a period of time away, 2020 would herald a fresh start and they would give it another year before making any final decisions. 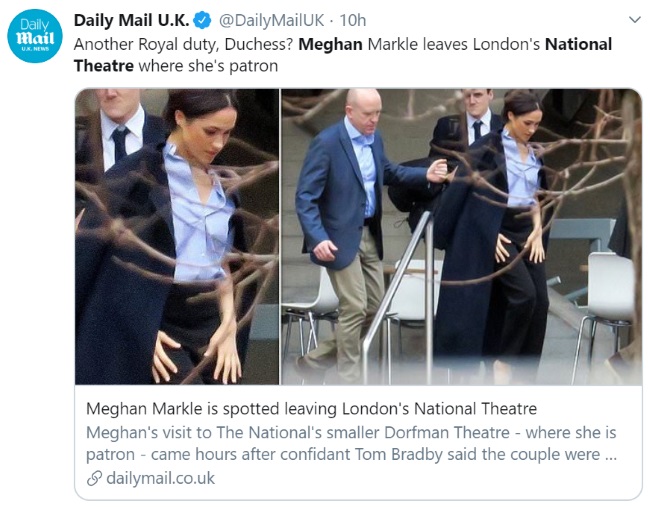 Sadly that was not to be and today the couple confirmed they will be stepping back as senior members of the royal family. I was incredibly saddened by the news for multiple reasons. Saddened by the fact there's evidently been a complete breakdown in relations between Harry and Meghan and the rest of the family. I've known for some time the relationship between the brothers had deteriorated, it now seems communication has declined across the board. It's important to remember we don't have the full picture as to what happened behind the scenes. The Mirror's political editor Kevin Maguire said on Sky News the true reason for the falling out "couldn't be discussed for legal reasons". We only have pieces of the puzzle, but it's safe to say things have been strained for some time. I'm saddened the first bi-racial member of the royal family was bullied until it became a national sport in the papers to target her. The message that sends around the world is shameful. Many who watched Tom Bradby's documentary recognised this was a wounded couple at breaking point; what we didn't realise was by then they had almost certainly reached the decision they couldn't continue. The past two years which should have been the happiest of their lives proved to be the most painful.

I think they could have been instrumental figures in shaping a 21st century monarchy and I, like so many of you, had hoped that would be the case. During Charles' reign, he and Camilla, William and Kate, Harry and Meghan would have made for a dynamic team each with their own part to play in ensuring the monarchy's survival.

What does the future hold for Harry and Meghan? Because this decision is an unprecedented one, it will be some time before we know how it works in practice. On their official website Sussex Royal, they have outlined plans to divide their time between North America (I expect they will purchase a residence in Canada shortly) and the UK. The website outlines plans to combine supporting communities whilst strengthening the monarchy and serving the Commonwealth. 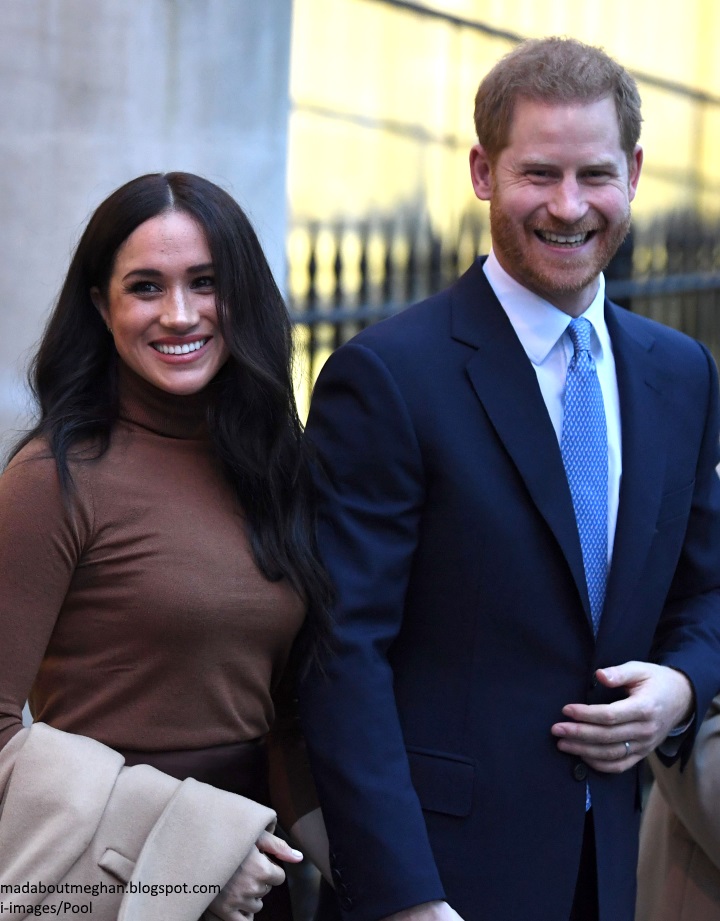 'The Duke and Duchess of Sussex take great pride in their work and are committed to continuing their charitable endeavours as well as establishing new ones. In addition, they value the ability to earn a professional income, which in the current structure they are prohibited from doing. For this reason they have made the choice to become members of the Royal Family with financial independence. Their Royal Highnesses feel this new approach will enable them to continue to carry out their duties for Her Majesty The Queen, while having the future financial autonomy to work externally. While the contribution from The Sovereign Grant covers just five percent of costs for The Duke and Duchess and is specifically used for their official office expense, Their Royal Highnesses prefer to release this financial tie. More details on the specifics of the Sovereign Grant are outlined below.'


They also discussed their decision to move to Frogmore Cottage:

'The Duke and Duchess of Sussex chose to move to Windsor for various reasons. Their previous residence of Nottingham Cottage on the grounds of Kensington Palace could not accommodate their growing family. The option of Apartment 1 in Kensington Palace was estimated to cost in excess of £4 million for mandated renovations including the removal of asbestos (see details above on the Monarchy’s responsibility for this upkeep). This residence would not have been available for them to occupy until the fourth quarter of 2020. As a result, Her Majesty The Queen offered The Duke and Duchess the use of Frogmore Cottage, which was already undergoing mandated renovations, and would be available to move in before the birth of their son. The refurbishment cost equated to 50 percent of the originally suggested property for their proposed official residence at Kensington Palace. It is for these reasons, The Duke and Duchess of Sussex chose Frogmore Cottage as their Official Residence.'


Will they continue to use Frogmore Cottage?


There will also be a marked change in media relations with the Sussexes no longer participating in the Royal Rota system.

'In the spring of 2020, The Duke and Duchess of Sussex will be adopting a revised media approach to ensure diverse and open access to their work. This adjustment will be a phased approach as they settle into the new normality of their updated roles.  This updated approach aims to:

Under this system, the rota, or pool, gives these British media representatives the opportunity to exclusively cover an event, on the understanding that they will share factual material obtained with other members of their sector who request it. The current system predates the dramatic transformation of news reporting in the digital age. The core group of UK outlets with Royal Rota access remain the predominant news source through which worldwide media organisations receive content on the official engagements of members of the Royal Family. These UK media outlets are: The Daily Express, The Daily Mail, The Daily Mirror, The Evening Standard, The Telegraph, The Times, The Sun.'


Touching on how this policy relates to UK royal correspondents:

'Britain’s Royal Correspondents are regarded internationally as credible sources of both the work of members of The Royal Family as well as of their private lives. This misconception propels coverage that is often carried by other outlets around the world, amplifying frequent misreporting. Regrettably, stories that may have been filed accurately by Royal Correspondents are, also, often edited or rewritten by media editorial teams to present false impressions.'


On plans for their new working model:

'Through local and global community action, progressive change can be achieved far quicker than ever before. In 2020, The Duke and Duchess of Sussex plan to shape their charitable entity to respond to these pressing needs. After carefully considering a number of foundation models, and having researched the incredible work of many well known and lesser known foundations, The Duke and Duchess are actively working to create something different – a charitable entity that will not only help complement these efforts, but also advance the solutions the world needs most. They look forward to sharing more with you in due course.'


On balancing their work on behalf of the Queen: "Their roles will continue to reflect their sense of duty and allegiance to The Monarch and her legacy in the world, as they transition into the new working model. As they move to become members of the Royal Family, with financial independence, their commitment to The Monarch is resolute, and they aim to continue to fly the flag for Her Majesty Queen Elizabeth II, as called upon." The website states they intend to continue to support their patronages and undertake tours when requested.

There's a question mark over these plans with Buckingham Palace telling reporters no senior members of the royal family including the Queen were made aware this announcement would happen, nor were they privy to the content on the website. BP released a statement reading: "Discussions with The Duke and Duchess of Sussex are at an early stage. We understand their desire to take a different approach, but these are complicated issues that will take time to work through." There's also been reports the Queen and other members are "deeply disappointed" by the news. I do think this element of the release is regrettable, it's a pity the decision wasn't made within the family before it was officially released. A leak to The Sun likely prompted the move sooner than anticipated. If there had been a cohesive approach to this release, it may have avoided some of the explosive headlines we will see moving forward. 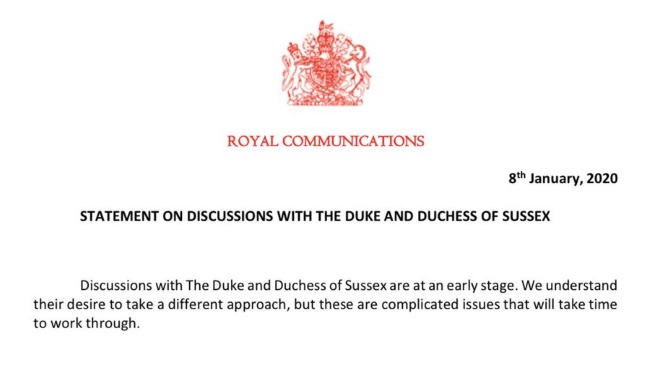 How this will all work is yet to be determined. I imagine there's going to be a number of family meetings and discussions in the coming days to thrash out solutions to the many questions this raises. Will we see changes to the points shared from the website? I expect so. Is it possible we'll see them leave the monarchy entirely? It's very much a fluid situation for now. There is a great deal of anger within palace walls tonight, though I hope there is also an understanding of the appalling treatment which led the Sussexes here. Harry will carry the loss of his mother for the rest of his life, he was never going to stand back and allow his wife to be torn apart. My hope is all sides can come together leading to an arrangement which works for all parties. It's not going to be easy or without its challenges whatever happens.

I'll reiterate an earlier point I find myself returning to - I'm desperately sorry it has come to this. I wish Harry and Meghan all the happiness in the world and the opportunity to raise their son in peace.
Posted by Admin at 1/09/2020

New comments are not allowed.