The Sussexes Join The Queen For Sunday Service

The Duke and Duchess of Sussex joined the Queen for Sunday service in Windsor today. 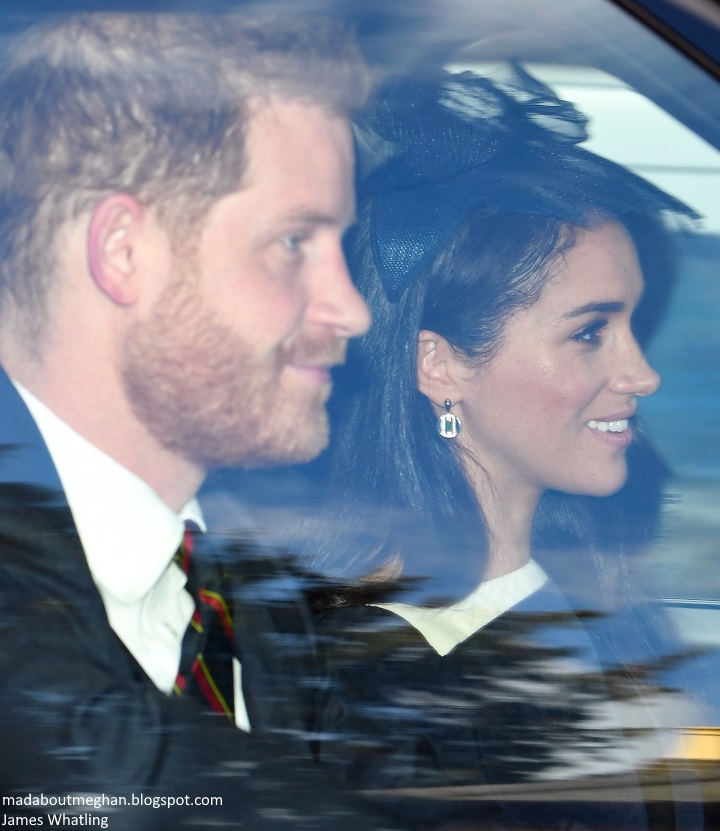 Since Harry and Meghan's return from Canada we've seen them carry out several memorable engagements. They've also been holding a number of behind-the-scenes meetings at Buckingham Palace and with their patronages. As their time in the UK draws to a close, it seemed very fitting for Her Majesty to invite her grandson and granddaughter-in-law to join her for church. I expect they will enjoy lunch with the monarch afterwards. Last Sunday, Harry joined the Queen for much of the day to have a proper discussion about plans for the future in an informal one on one setting. During the Endeavour Fund awards the prince said "Being able to serve Queen and Country is something we all are rightly proud of, and it never leaves us. Once served, always serving." Harry's always been close to his grandmother and through this period of transition and change it's clear that remains the case. 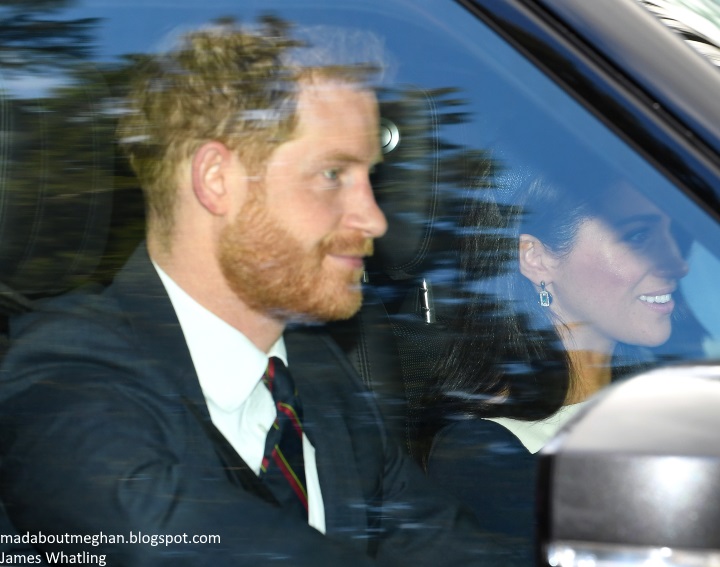 “It was a really sweet gesture that the Queen asked them to church,” a source tells PEOPLE. “It’s telling in the sense that these two are still her family. And as a family, they all love each other.”

It was the Queen’s experience with her younger sister Princess Margaret that influenced her decision to let Harry set out on his own. “She has a particular sensitivity to what Harry has been going through because of her closeness to Margaret and seeing the same dramas and tensions played out two generations ago,” royal biographer Robert Lacey tells PEOPLE.'


There was an additional reason for Harry and Meghan's attendance which explains why Harry wore his Royal Marines regimental tie. More from The Times:

'The service included the unveiling of a plaque in memory of a Royal Marine, who died in Afghanistan in 2007. Ben Reddy, who was killed age 22 was the son of the Queen's gardeners and his wife Liz. Harry, who is Captain General of the Royal Marines was keen to attend the service. He also thought it would be nice for the Queen to have company at church, a royal source said.'


Following the Sandringham summit, the Queen released the following statement echoing the above. "Harry, Meghan and Archie will always be much loved members of my family. I recognise the challenges they have experienced as a result of intense scrutiny over the last two years and support their wish for a more independent life. I want to thank them for all their dedicated work across this country, the Commonwealth and beyond, and am particularly proud of how Meghan has so quickly become one of the family. It is my whole family’s hope that today’s agreement allows them to start building a happy and peaceful new life." Below, the Queen arriving for church in a lavender ensemble. 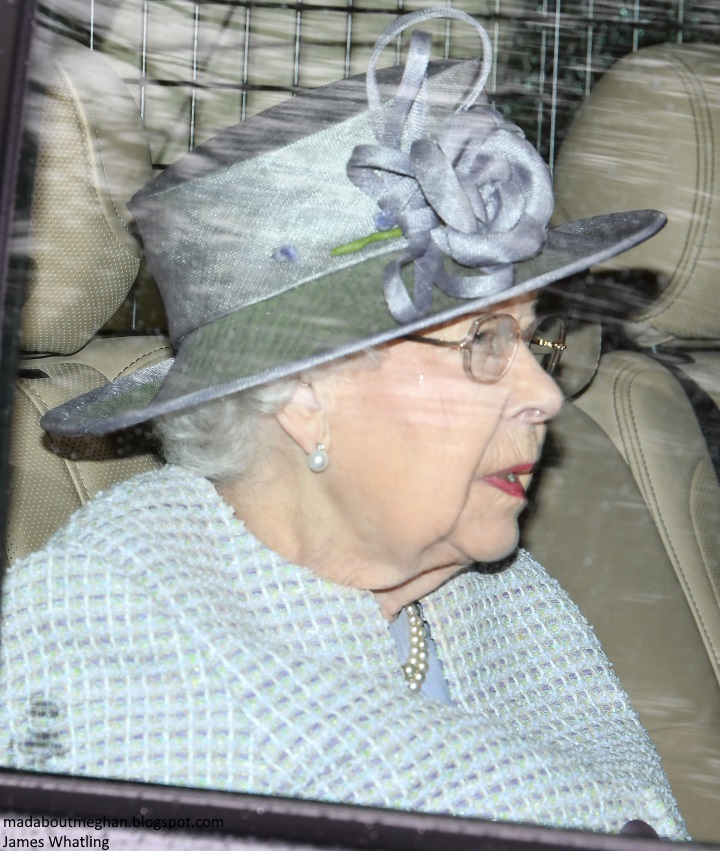 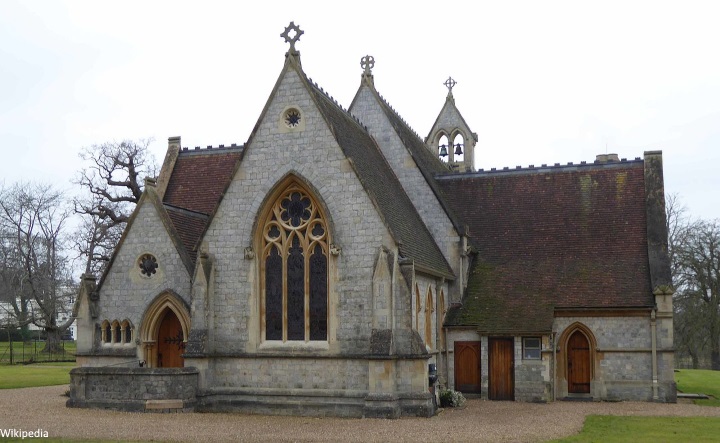 The Duchess wore a navy fascinator with a navy and cream dress and statement earrings.

With thanks to an Anonymous reader, the Duchess wore the £140 V by Laura Vann Daphne rhodium plated earrings. V was created in 2013 by British designer, Laura Vann. Encapsulating an ethos of longevity, V counters fast fashion with enduring Art Deco design. Each piece is made to last both in terms of a timeless aesthetic and sustainable origin; using recycled silver and ensuring ethical production through rigorous SMETA auditing. 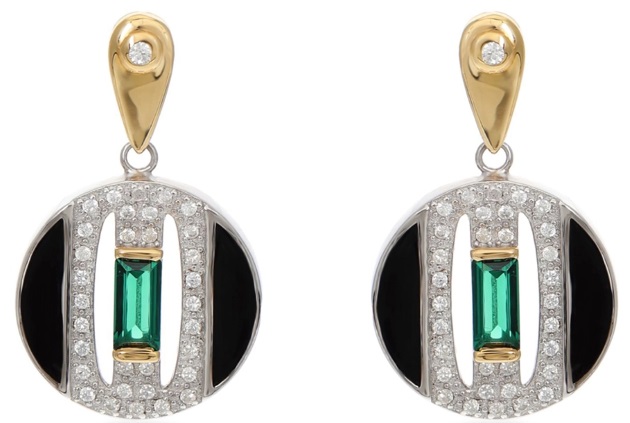 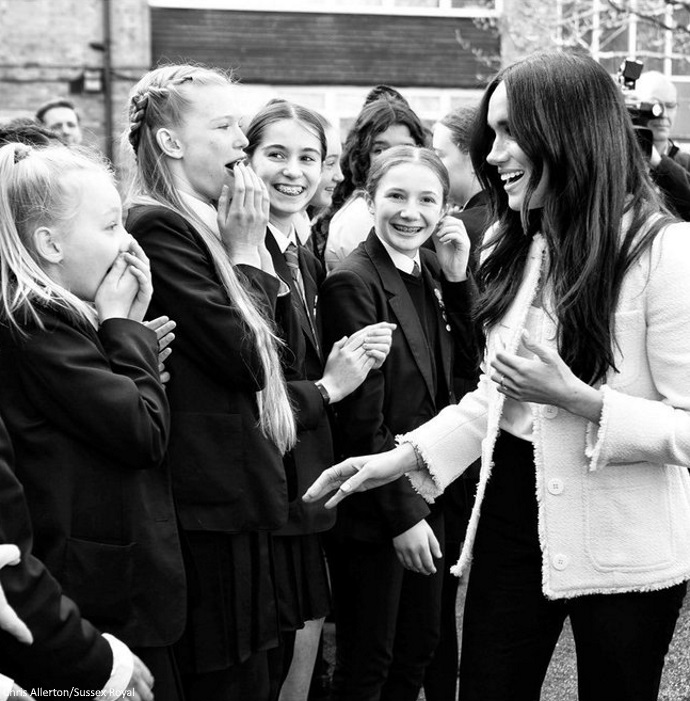 More from Sussex Royal: "50 years ago, women in Britain won the right to equal pay. That monumental moment began with one courageous and inspiring group of women in a factory in Dagenham, England. In 1968, facing a pay settlement that declared them less skilled than men, the sewing machinists of the Ford Motor Company walked out on strike. In the face of great pressure, they stood firm, and two years later the UK Parliament was forced to pass the Equal Pay Act, protecting and supporting working women ever since." 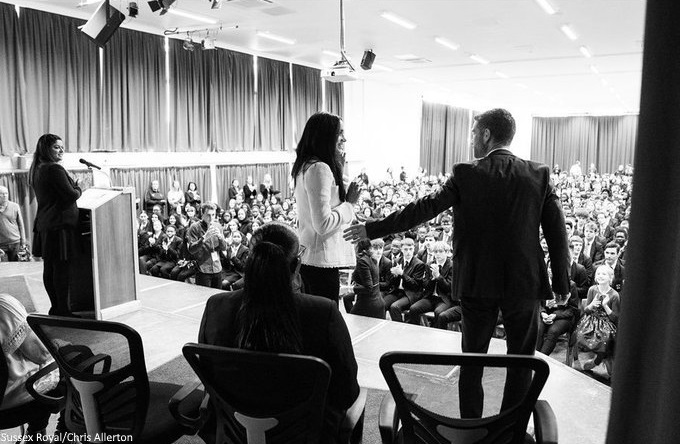 The post continued: "To mark International Women’s Day, The Duchess of Sussex visited Dagenham to meet with Geraldine Dear, one of the strikers, and spend time with students at the Robert Clack Upper School to meet the town’s next generation of female role models, and talk to young women and men about the women who inspire them. “Being in Dagenham is incredibly profound. Because as you can see with Geraldine and the other women who had the strength to really stand up for something that they knew needed to be done. This is the best example of no matter how small you might feel, how low you may feel on the ladder or the totem pole, no matter what colour you are, no matter what gender you are, you have a voice, and you certainly have the right to speak up for what is right.” - The Duchess of Sussex 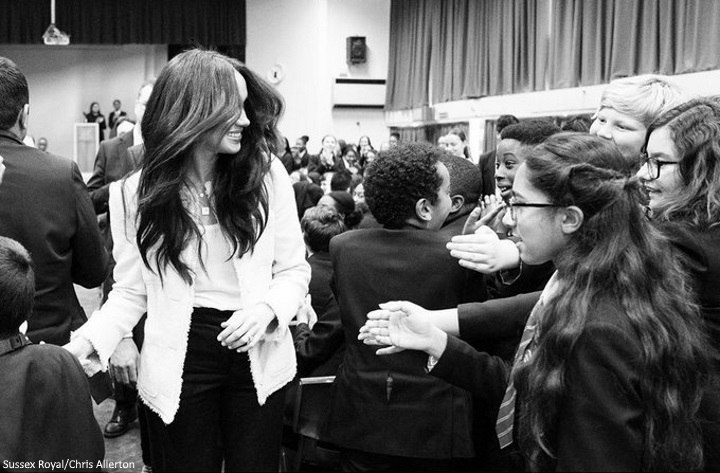 Meghan told students: "For young men, to continue to value and appreciate the women in your lives, and also set the example for some men who are not seeing it that same way. You have your mothers, sisters, girlfriends, friends in your life—protect them. Make sure that they are feeling valued and safe. Let's all rally together to make International Women’s Day something that is not just on Sunday—but frankly, feels like every day of the year." 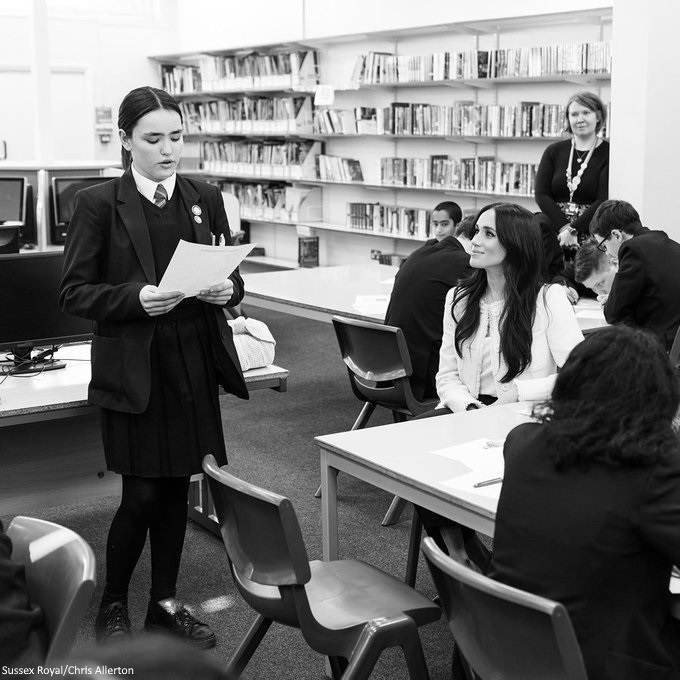 View Meghan's speech below (with a very fun moment when she invited a pupil on stage).

For the visit Meghan wore a ME + EM Belted Fringe Jacket, Rejina Pyo bag and Jennifer Chamandi shoes. Click here to read the full post on the event.

Wishing you all a very Happy International Women's Day. As women, may we support and uplift each other every step of the way. 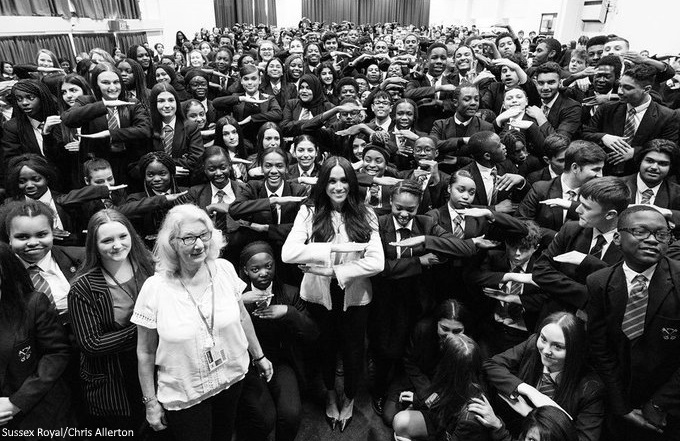 We'll see Harry and Meghan for the Commonwealth Day service tomorrow.
Posted by Admin at 3/08/2020