Hello, I hope you're all well and staying safe!

As so many of us continue to adjust to self-isolation and staying at home for the greater good, some of the key ways we are unwinding is availing of the fantastic selection of streaming content available from several providers. As you know, Disney recently launched their own service and earlier this week shared details about Meghan's much-anticipated contribution to one of their documentaries.

Elephant follows the journey of African elephant Shani and her son Jomo as they travel across the Kalahari Desert with their herd. 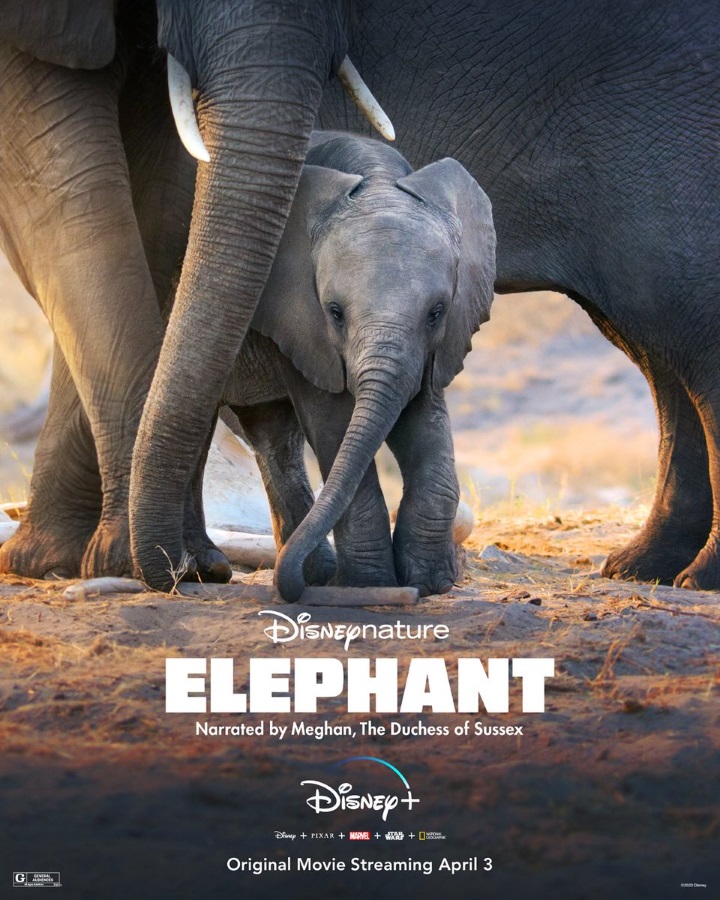 Meghan's fee for the project went entirely to Elephants Without Borders. In a statement, the organisation expressed their gratitude and excitement about the film:

'Elephants Without Borders (EWB) is delighted to be involved with the Disneynature Film “Elephant” and to help share the amazing story of elephants. EWB extend enormous gratitude to the Disney Conservation Fund for choosing our organization as the beneficiary for the film, enabling support for communities living alongside many of the elephants featured in the film.

The partnership and support it provides, will directly help elephant conservation and empower these communities. We are excited and immensely grateful for this incredible opportunity, which will enable us to continue our efforts in support of local communities and their coexistence with elephants.

Harry and Meghan’s dedication to conservation is inspiring. Together, we will continue to work to conserve Africa’s natural heritage, with a focus on empowering the people who coexist with elephants. Everyone at EWB is grateful for their friendship and their unwavering support of our efforts to conserve this iconic species.
Harry and Meghan have both visited us in Botswana, and have no doubt that their passion and dedication will mean they continue to use their platform to make our world a better place. Thank you Meghan, because of you, this film brings knowledge and information to a global audience which in turn brings them closer to elephants. The impact will be global, reaching schools, more homes and more countries.

In celebration of "Elephant" Disneynature and the Disney Conservation Fund are supporting Elephants Without Borders working on strategies to protect Botswana's elephant haven, helping to reduce human-wildlife conflict through education, economic development, and solutions that conserve and create safe elephant migration corridors, or provide communities with tools that help to protect themselves and their properties when elephants are nearby.'

Contrary to multiple reports, the Duchess has no plans presently to work with Disney in the future and chose this particular project after she met the makers of the film in Botswana back in 2016 when Harry took her there to learn more about his love of the country and the causes he so passionately champions. 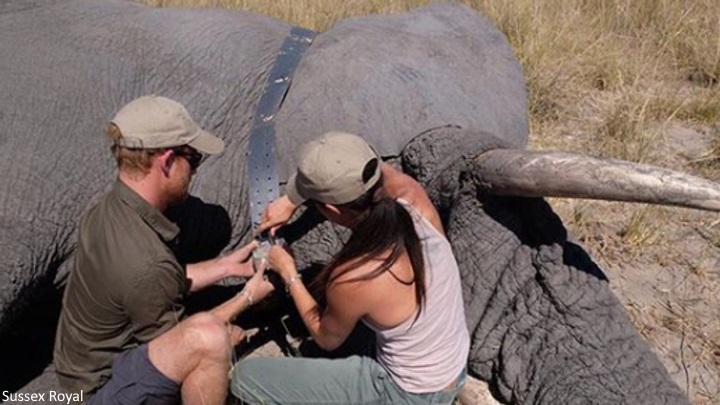 'Disneynature said in a press release Thursday that Meghan is the narrator for a new documentary about elephants.

Titled simply "Elephants," the new doc will start streaming on April 3 on Disney+ along with a documentary about dolphins narrated by actress Natalie Portman.

Disney+ denied reports Meghan had signed a "further" deal with Disney before stepping back from royal duties, emphasizing "no superheroes, no animated films, etc."

Meghan met the makers of the film in Botswana in 2016 and had watched some of their footage over the years, the press release said. They later approached her about the role "knowing her passion for the subject and the footage," according to the release.'


The film is available from 3 April. Disney Plus is offering a free seven-day trial. Click here to to visit their website. I think it possible we might see a behind-the-scenes post from the recording at some point next week.

The Sussexes have also made a permanent move from Canada to Los Angeles according to several reliable outlets. Looking back to January, the couple hoped to keep one foot in the door in terms of balancing royal duties, their Commonwealth roles and desire for independence by dividing their time between Britain and Canada. I think it was quite likely envisaged they would represent the Queen and carry out some official work in Canada. When it became clear the options on the table were essentially all in or all out, any plans they had up until that point immediately changed.

For the time being they will be following all precautions amid this outbreak. They are undoubtedly thinking ahead and have hired Catherine St Laurent, a former Gates Foundation staffer, to lead their non profit. They will be close to Meghan's mother Doria and several longtime close friends too. Professionally they likely decided it was the best option for them as they commence a new chapter and a fresh start. Of course, the couple officially transition from their senior royal status on 1 April, so we'll possibly see an announcement to mark the day. 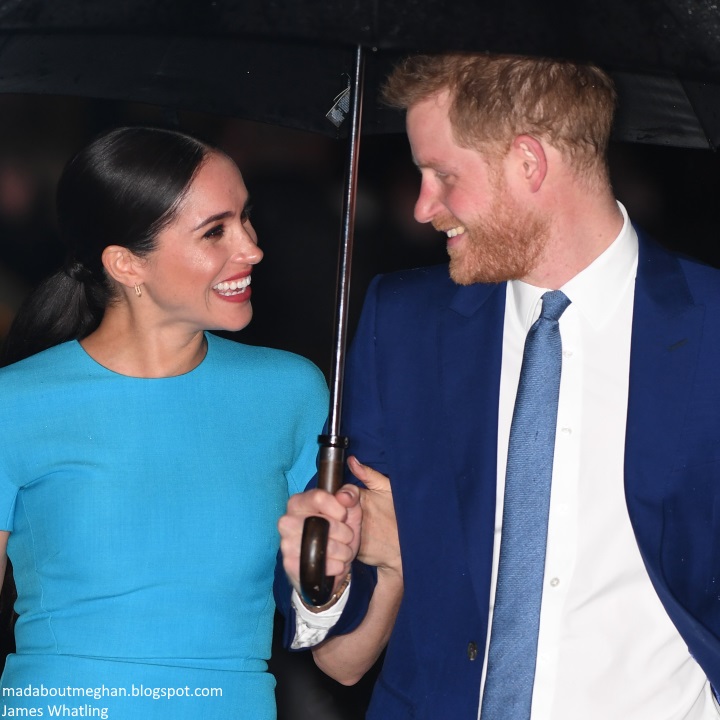