Plans for an Autumn Tour, the Duchess in Vogue & All the Latest

Good evening! Today we're chatting about several news reports of interest, the rumours about Meghan's plans to edit an upcoming issue of Vogue, Archie's christening, fashion updates, and much more.

An Autumn Africa Tour... There's been talk of an autumn tour for the Sussexes circulating for months. With their roles as Commonwealth ambassadors developing, a tour of several African countries has long been on the cards for the couple. Certainly, Harry's current work schedule more than suggests preparations are very much underway. The Duke joined a host of stars and supporters at a fundraising concert for Sentebale on Tuesday night, amid reports he and Meghan are incredibly eager to expand the work of the charity. Harry founded the charity in 2006 with Prince Seesio of Lesotho, to support children affected by HIV in Lesotho and Botswana. It's been suggested they hope to offer services in Malawi and other countries - a move which will undoubtedly form a key part of the tour. 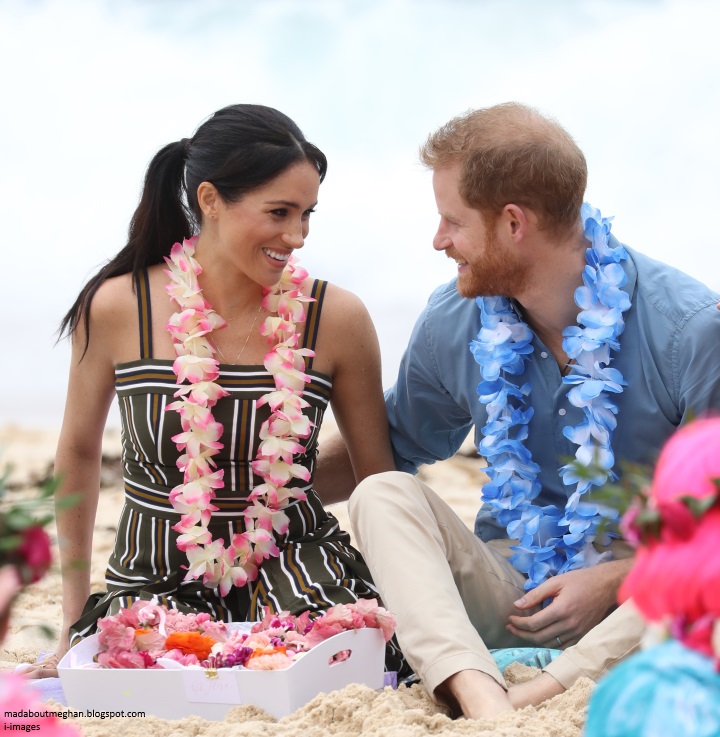 'The Duke and Duchess of Sussex are planning a big tour to Africa later this year which will connect the couple with some of Harry’s greatest passions as well as those of his late mother.

Harry and Meghan plan to visit Malawi to expand the reach of his charity Sentebale into that country. The couple will also visit Angola to highlight the continuing problems from land mines – an issue about which his mother cared passionately. The tour will also include a visit to South Africa.

It was in Angola shortly before her death that Princess Diana walked through an active land mine area. She was famously pictured wearing a visor and detonated a mine in front of a number international reporters.'


The visit is at the request of the Foreign Office and is expected to encompass areas close to their hearts including young people, conservation and education. I expect Botswana is very much on the list and potentially Mozambique. The Commonwealth member state endured Cyclone Kenneth in April, the strongest and most destructive natural disaster the country has ever experienced. It occurred just weeks after Cyclone Idai which claimed the lives of a 1,000 people. Harry and Meghan referenced the catastrophic events in their Instagram post marking the 70th anniversary of the Commonwealth. 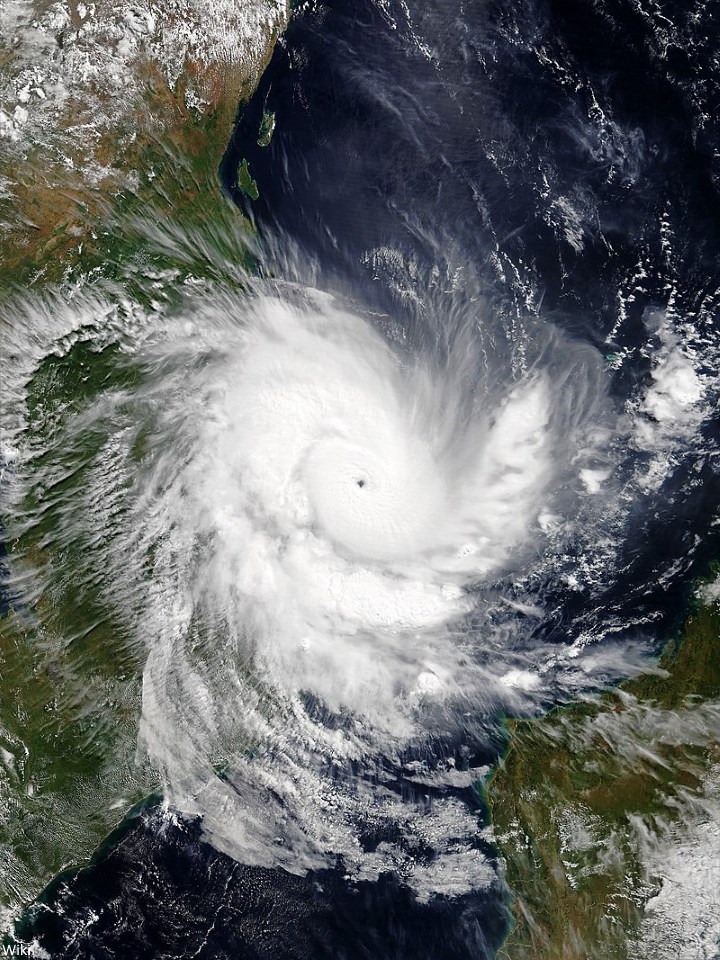 It is not known whether Archie will travel with his parents for the trip, expected to take place in October. If so, it's possible we will see the couple choose a base for the trip, or perhaps Meghan will stay with Archie on days which require extensive travelling. The Times reports it will be roughly a fortnight long. We should have official confirmation and the dates from Buckingham Palace within the coming weeks.

The Duchess in Vogue... Over the past year, a number of you have discussed the possibility of Meghan appearing in Vogue. Recent reports suggests that wish will be granted, with plans for the Duchess of Sussex to edit the coveted September issue very much underway. Meghan will reportedly pen a personal essay on causes close to her heart, including women's empowerment, and bring a selection of female change-makers on board to share their own pieces. A photoshoot is expected to take place at Frogmore Cottage this month. Princess Diana and the Duchess of Cambridge both famously appeared in the iconic publication. The Sun notes the Duchess does not want to appear on the cover; Perhaps a collage of influential women instead? 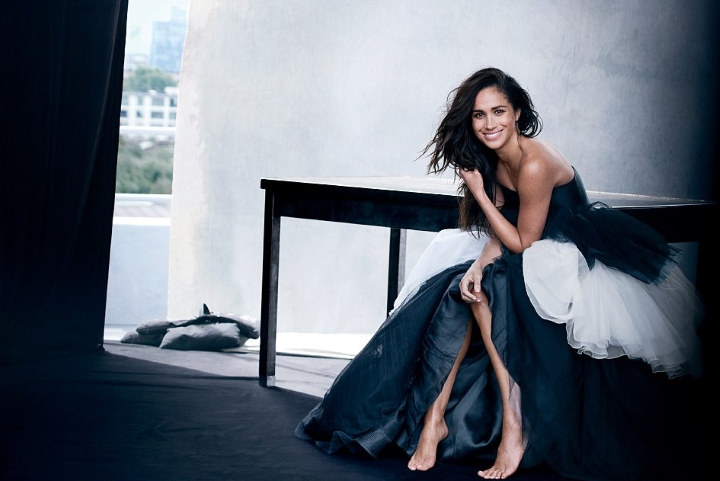 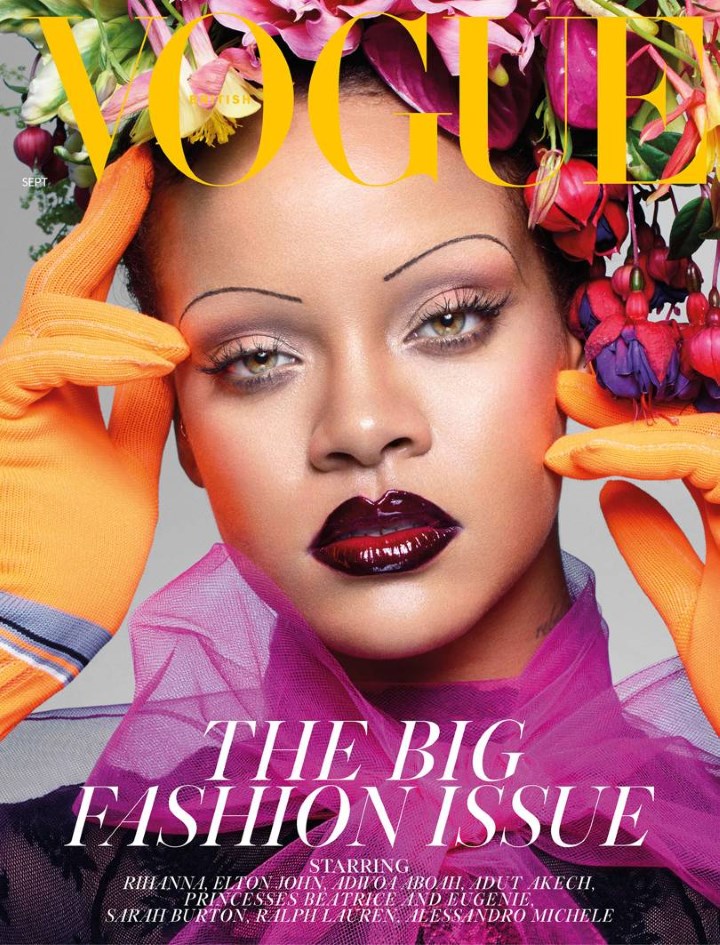 The issue included a photoshoot at the Royal Lodge with Princess Beatrice and Princess Eugenie. 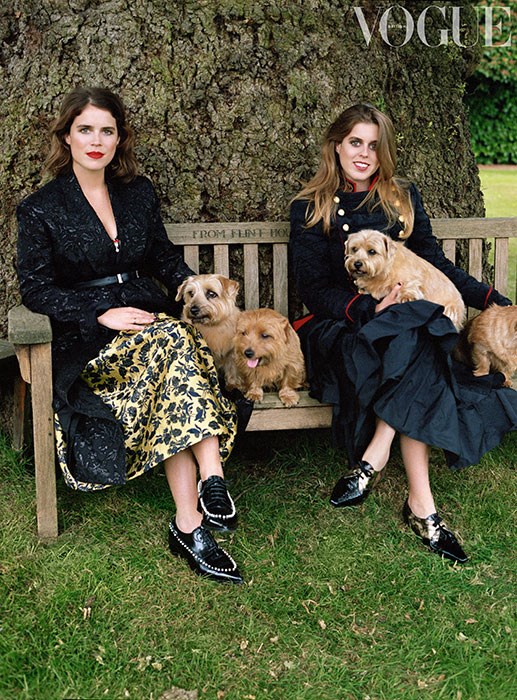 The September issue is available in early August, and it's possible a sneak peek will be shared on Sussex Royal late next month.

Archie's Christening... In a piece for Elle magazine, Carolyn Durand suggests Archie will be christened shortly before the Queen leaves for Balmoral in late July. The date makes sense, as it's an excellent opportunity to get the family together before everyone breaks up for summer holidays.

'The Sussexes have been entertaining close friends and family. They’ve had a regular stream of friends, according to a source, all wanting to wish them well. Harry is “over the moon” and has been looking forward to fatherhood for so long. Everyone in the family is excited for their happiness.

Meghan is expected to take a three to four month-long maternity leave, but will make “intermittent appearances,” according to a Royal source. We may get our first glimpse of Archie in about six weeks for his christening before the The Queen leaves for Balmoral at the end of July. Otherwise, the Queen historically returns from Balmoral in late October.

While focused on Archie during her maternity leave, Meghan is incredibly “passionate about her humanitarian work,” a friend shared. Meghan will be quietly preparing for the couple's fall trip to Africa where well wishers are looking forward to Archie’s public debut, much like Prince George did with William and Kate in Australia and New Zealand.'


A Nanny For Archie... Omid Scobie reports the Duke and Duchess have hired a nanny for Baby Archie.

'Sources confirm to BAZAAR.com that the couple recently took on the extra pair of hands ahead of Harry’s busy summer schedule and Meghan planning a return to royal duties this fall.

While the couple are hoping to keep personal details of the new staff member private, BAZAAR understands that the British-born female nanny is not permanently based at Frogmore Cottage or working weekends.

The additional support will come in particularly handy for the Sussexes when they tour Africa this October. Sources say it’s increasingly likely that Archie Mountbatten-Windsor will be joining them for the trip.'

Fashion Updates... In style updates, fans of J Crew will be pleased to know Meghan's J Crew Sadie Ankle boots are reduced by 30% with code GETAWAY (with thanks to Lyra). The boots are also reduced by 60% in navy/red plaid at Nordstrom. 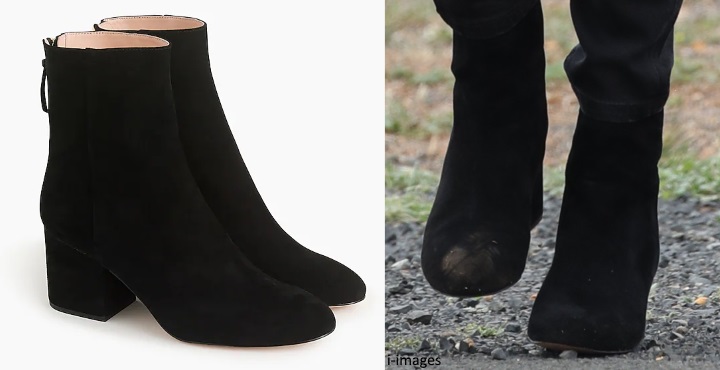 And Meghan's J Crew Toothpick Jeans are also reduced by 30% with code GETAWAY. 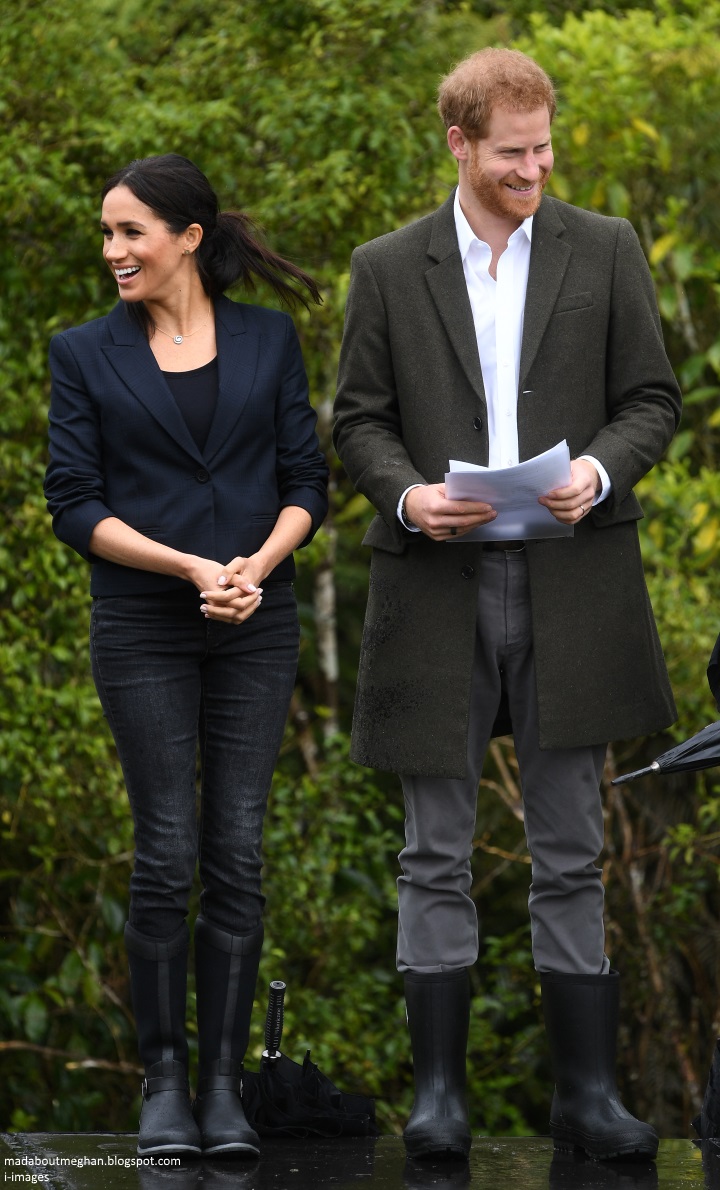 Meghan's Reformation Pineapple Dress is available in sizes XS-XL on the website. 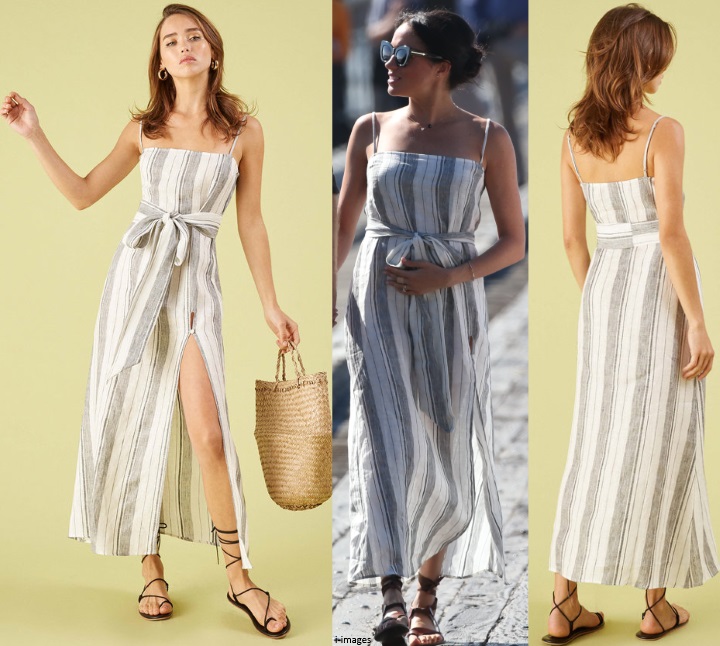 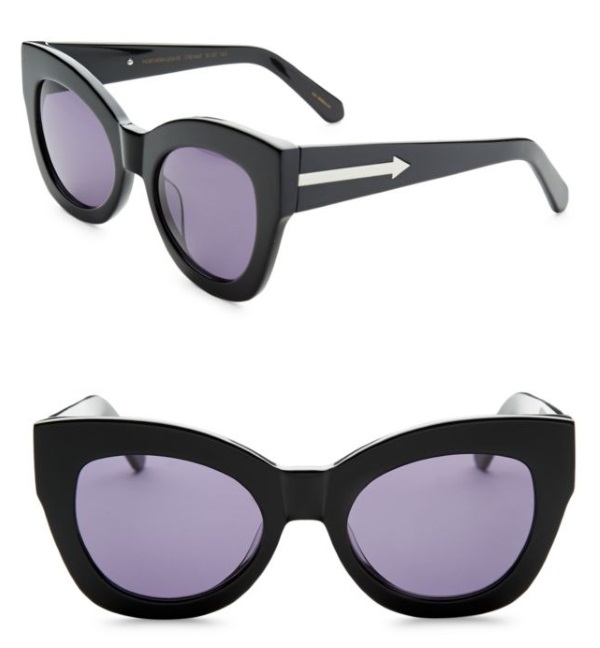 Happy Father's Day, Prince Harry... In celebration of Prince Harry's first Father's Day on Sunday, supporters of the couple are fundraising for the Queen's Commonwealth Trust and Scotty's Little Soldiers. The charity, which supports bereaved military families, was one of Harry and Meghan's chosen organisations for donations in honour of their wedding. Over £3,500 has been donated thus far. It's another terrific effort in aid of incredibly worthy causes. If you would like to donate to the QCT please click here, and here for Scotty's. 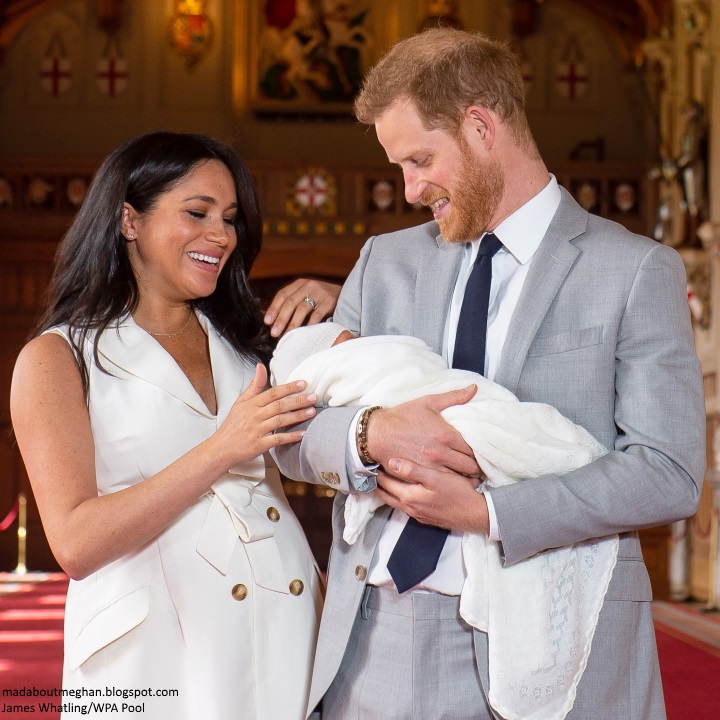 Speaking of Father's Day, I wonder if we might see a new photo to mark the occasion on Sunday?
Posted by Admin at 6/13/2019