A Darling Shot of Archie in Harry's Arms For Father's Day

To mark Father's Day, the Duke and Duchess of Sussex shared a darling photo of their son in his father's arms, clutching onto Harry's fingers. The image offers our first look at little Archie, who is six-weeks-old tomorrow, since his parents first introduced him at Windsor. 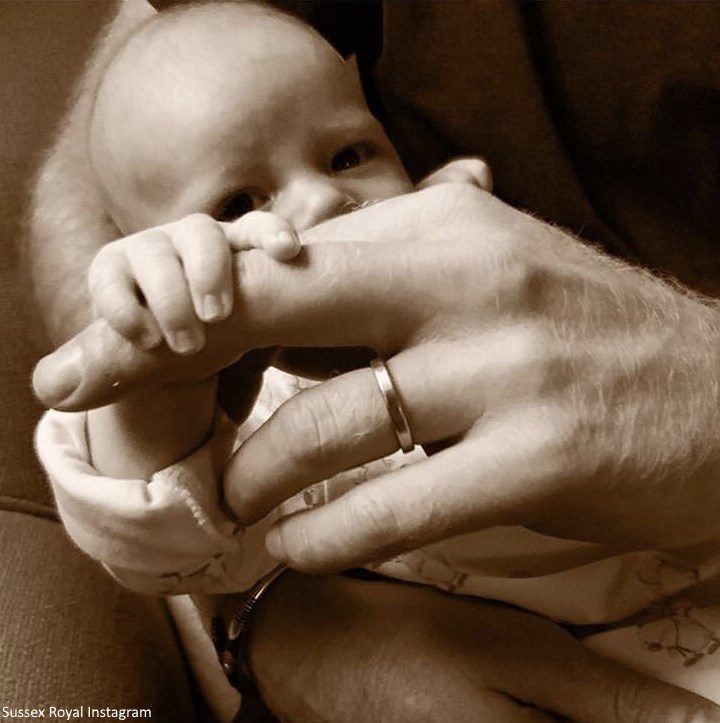 The couple captioned the photo on Sussex Royal:

'Happy Father’s Day! And wishing a very special first Father’s Day to The Duke of Sussex.'


Archie has grown so much since we saw him at Windsor on 8 May, two after his birth. 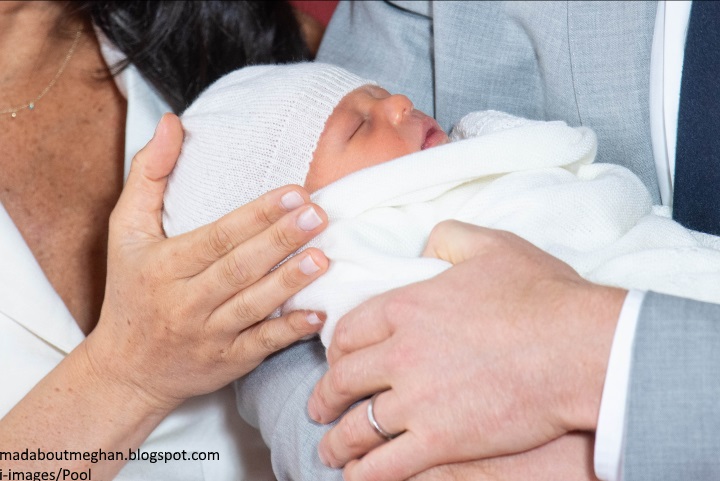 Speaking about the newborn, Meghan said: "He's just been a dream. It's been a special couple of days. He has the sweetest temperament. He’s really calm." Harry smiled and said "I don't know where he gets that from". When asked who the baby resembles, the Duchess said: "We’re still trying to figure that out." Harry added: "Everyone says babies change so much over two weeks. We’re basically monitoring how the changing process happens over this next month, really. His looks are changing every single day, so who knows?". Who do you think Archie resembles most at the moment? In this photo, I see more of dad Harry but his eyes are all mum. 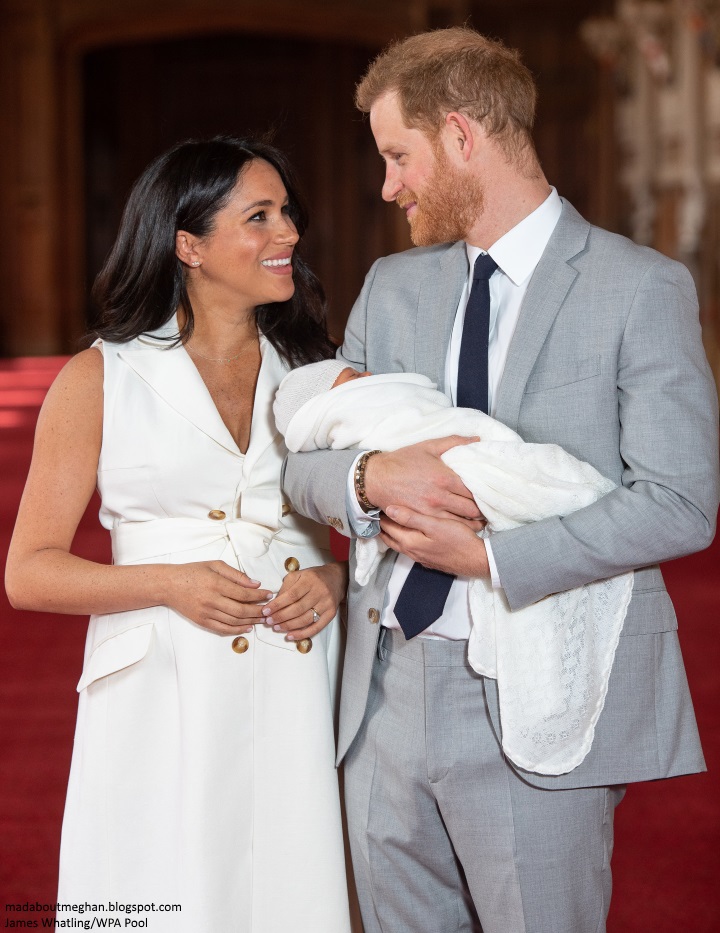 To mark Mother's Day in the US, the couple shared a glimpse of Archie in Meghan's arms, with a quote from Lands by Nayyirah Waheed. "my mother was my first country; the first place I ever lived." 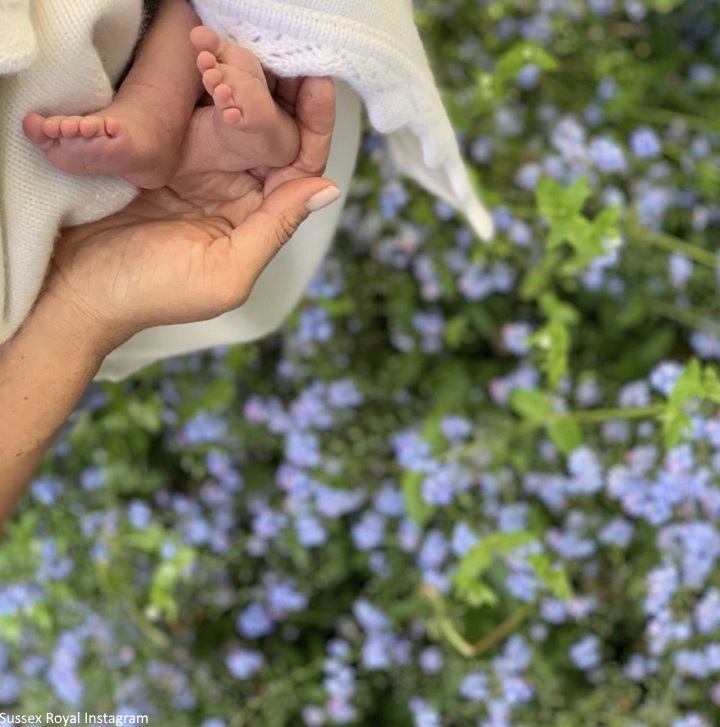 Our next sighting of Archie will come at his christening next month. The Times reports:

'Prince Harry and his wife, Meghan, will have their son, born on May 6, baptised in Windsor next month. The Sussexes have chosen St George’s Chapel in Windsor Castle for the christening. The couple married there last year and Harry, aged three months, was baptised at the chapel in 1984.

Archie Harrison Mountbatten- Windsor, the Queen’s eighth great-grandchild, will be two months old when his brow is doused from thelily font with water from the River Jordan. A royal turnout is expected at the ceremony, as is Meghan’s mother, Doria Ragland, although one key guest will not be there. The Queen will miss the christening because of prior commitments.'


In other Archie news, Harry and Meghan have reportedly hired a nanny. More from Omid Scobie:

'While the couple are hoping to keep personal details of the new staff member private, BAZAAR understands that the British-born female nanny is not permanently based at Frogmore Cottage or working weekends.

The additional support will come in particularly handy for the Sussexes when they tour Africa this October. Sources say it’s increasingly likely that Archie Mountbatten-Windsor will be joining them for the trip.'