The Duchess of Sussex attended the One Young World Summit opening ceremony at the Royal Albert Hall this evening. 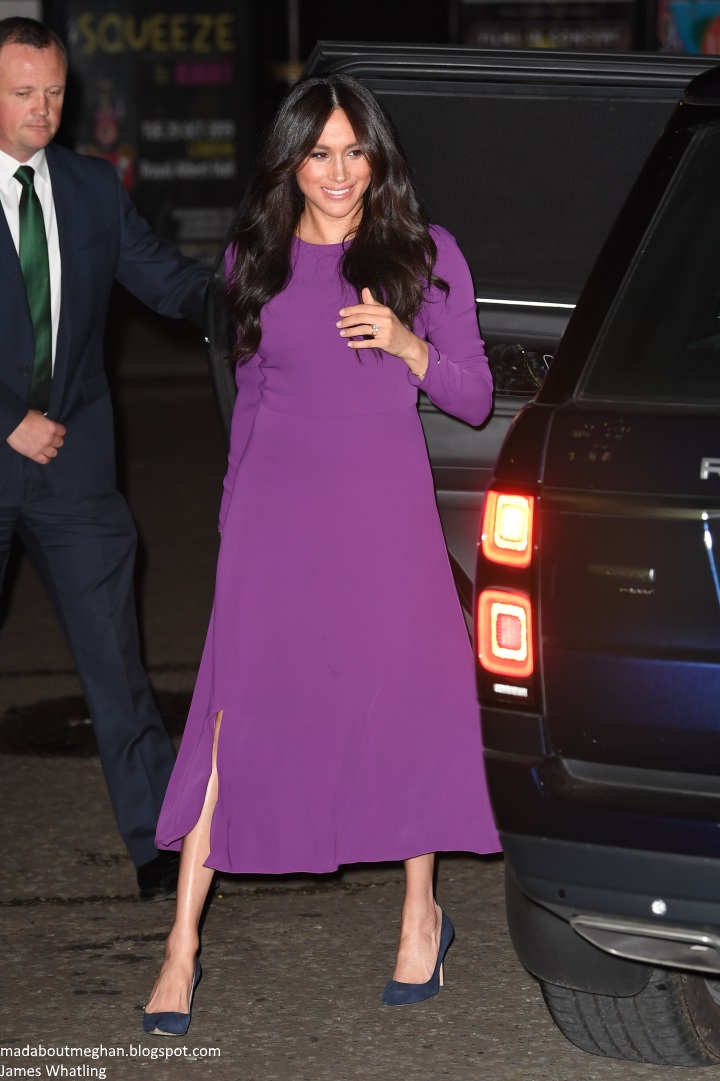 Meghan worked closely with several incredible organisations during her time in Canada when she was filming Suits. She worked particularly closely with One Young World for several years before meeting Harry. Serving as a counsellor, she joined leaders such as Prime Minister of Canada Justin Trudeau, Kofi Annan, Crown Prince Haakon and Crown Princess Mette-Marit of Norway in the role. One Young World counsellors lend their global stature to the delegates' views and inspire them to create positive change. The organisation was founded in 2009 by David Jones and Kate Robertson. They are a UK-based charity that gathers together the brightest young leaders from around the world, empowering them to make lasting connections to create positive change. An annual summit is held, during which the most valuable young talent from global and national companies, NGOs, universities and other forward-thinking organisations are joined by world leaders to act as One Young World counsellors. 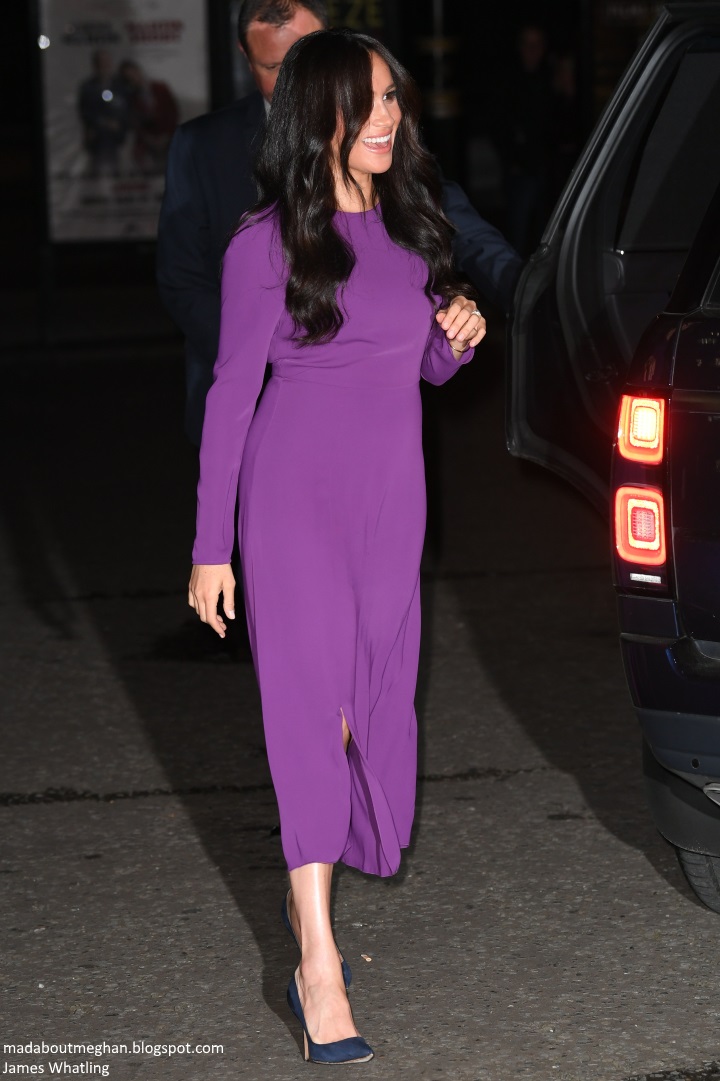 Take a look at this arrival... Meghan greeted One Young World counsellors including Bob Geldof, Doutzen Kroes and Ellie Goulding before making her entrance. We know it's been a deeply difficult time for the Duchess, and with that in mind, I know the rapturous welcome she received will have meant a lot to her.

meghan’s entrance to the one young world summit: she has been a two time global counselor with the organization in 2014 and 2016 pic.twitter.com/aXLs0wgMfs
— meredith (@meghvnmarkle) October 22, 2019


When she arrived on stage, there was a very sweet moment as founder Kate curtsies and Meghan goes straight in for a hug instead. She's very much part of the One Young World family.

Meghan said: "When I was asked to be a counsellor at One Young World, my response was a resounding 'yes'. One Young World invites young adults from all over the world who are actively working to transform the socio-political landscape by being the greater good. They are delegates who are speaking out against human rights violations, environmental crises, gender equality issues, discrimination and injustice. They are the change." 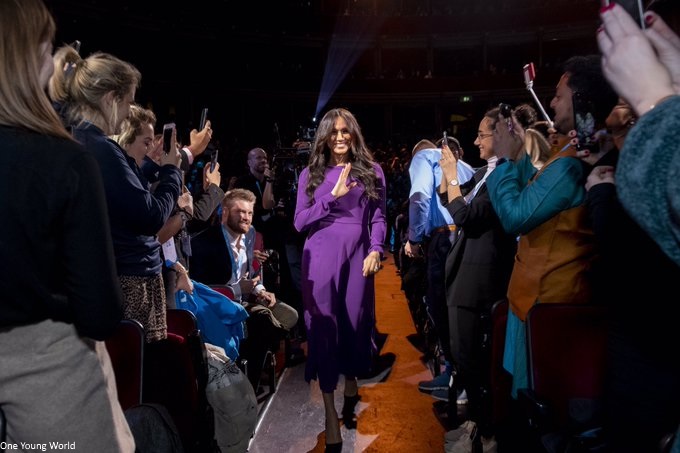 Meghan participated in the One Young World 2014 Summit in Dublin where she joined a panel for the 'Bridging the Gap' session. A very special moment in the summit came when Meghan introduced a young Eritrean activist, Luwam, who literally ran from bullets to gain her freedom from slavery. Meghan described meeting her as "very emotional because it's just so humbling and she's just so incredible". The Duchess also participated in the Ottawa summit in 2016.


Below, the Duchess with Canadian PM Justin Trudeau during the 2016 Summit. 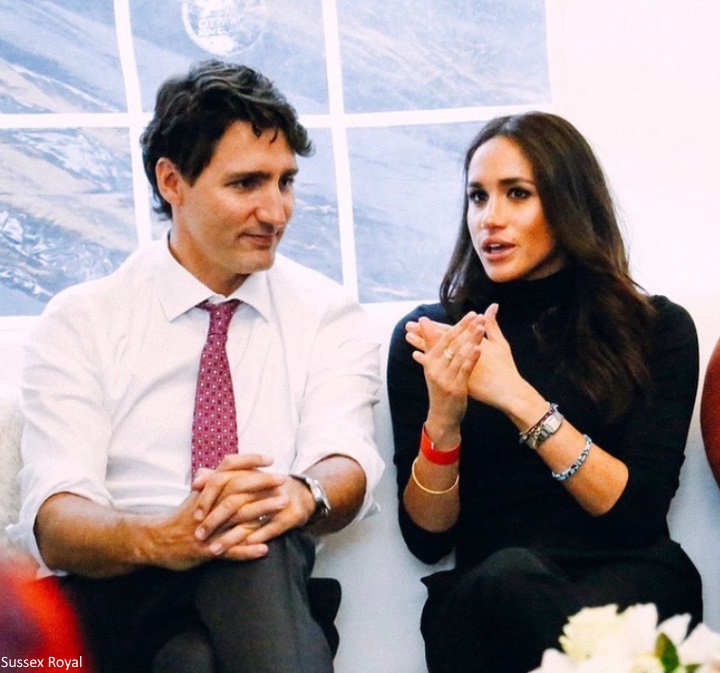 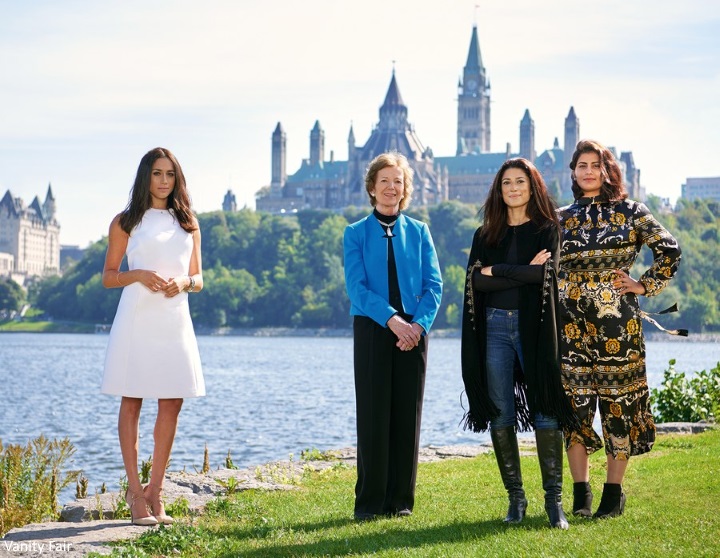 Now, several years later, Meghan is attending the summit in her role as a member of the Royal family. Ahead of tonight's appearance, Sussex Royal shared: "This evening she again joins world leaders and activists to celebrate the youth of today as they tackle some of the world’s greatest problems. She is proud to attend as Vice President of the Queen's Commonwealth Trust and to continue her long-standing commitment to this very important summit." Harry and Meghan's Commonwealth roles mean a great deal to them, and I've long thought we would see a collaboration between the QCT and OYW, which is why it was fantastic to hear they had teamed up to offer scholarships "to connect young leaders driving positive social impact in the Commonwealth with the opportunity to attend One Young World conference in 2019". 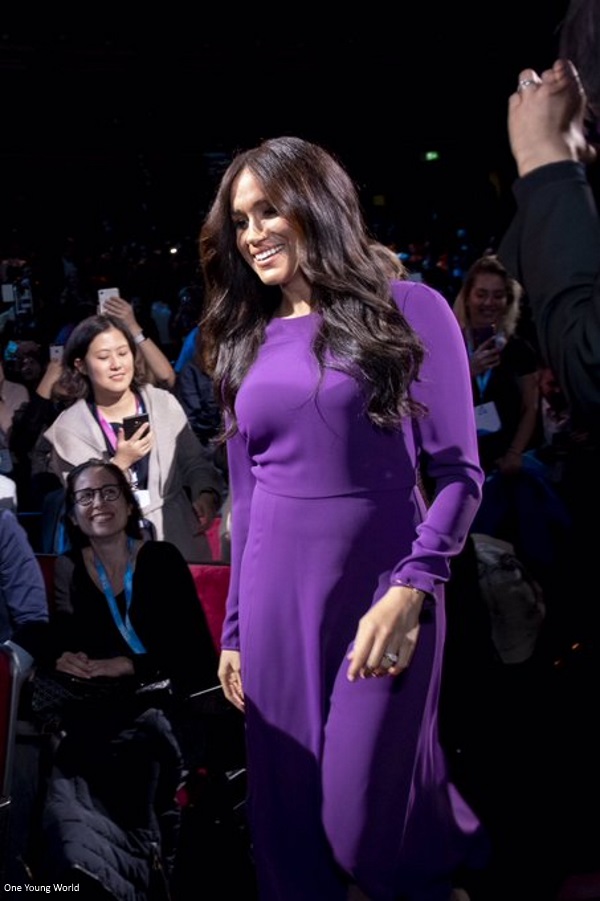 Successful applicants from member nations were awarded access to the summit with all costs involved covered. 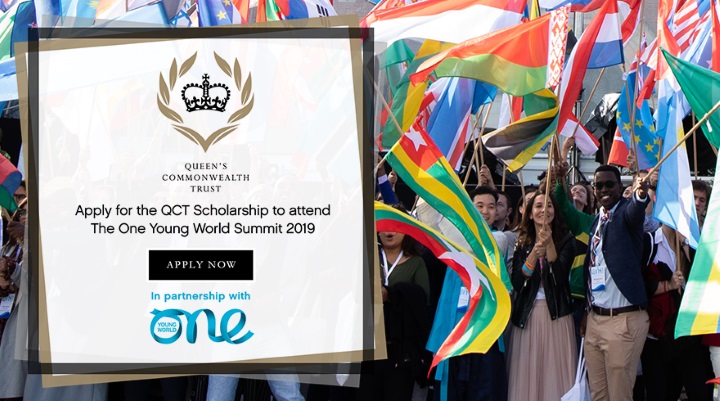 This year, the global forum for youth leaders brings together 2,000 young people from over 190 countries around the world to accelerate social impact.

The opening ceremony was filled with fantastic performances from a range of artists.

More than 200 performers from a range of backgrounds will open One Young World London 2019 to the soundtrack of 'London's Calling' by the Clash. 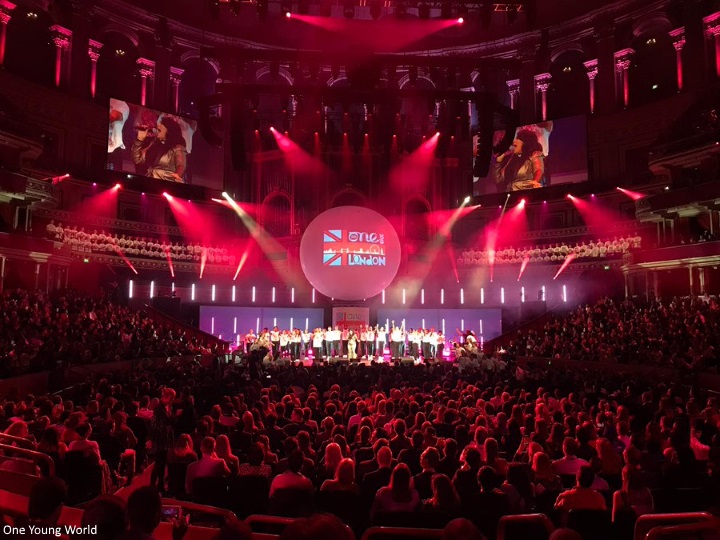 "London is one of the most diverse cities in the world with a strong heritage, and a leader in the creative industries - we are extremely proud to have a line-up that is reflective of our city."


Founder Kate Robertson told the audience: "All of you have been chosen because of your outstanding record of leadership. To those of whom much has been given, much is now asked." 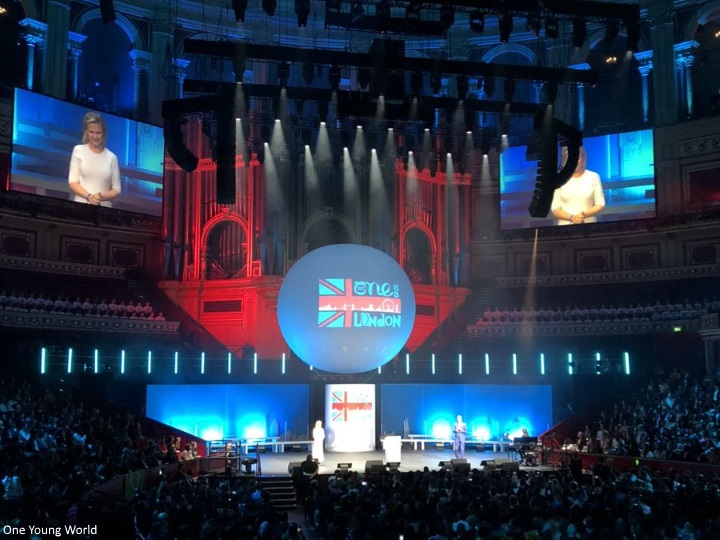 A very special moment as delegates from North Korea and South Korea embrace. 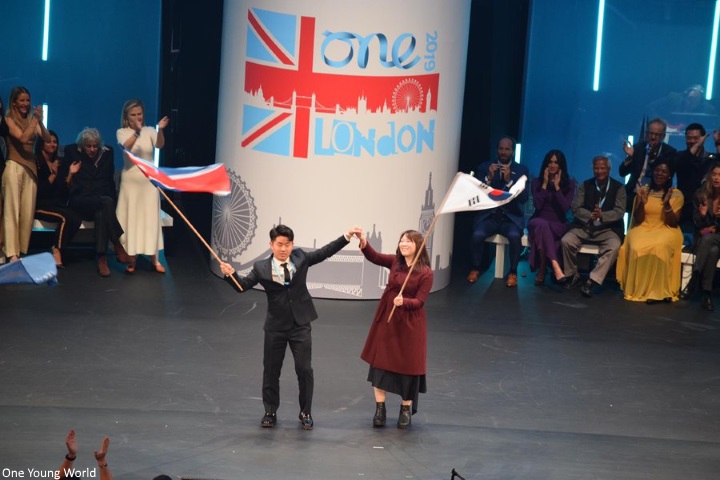 Uniting under the One Young World flag. 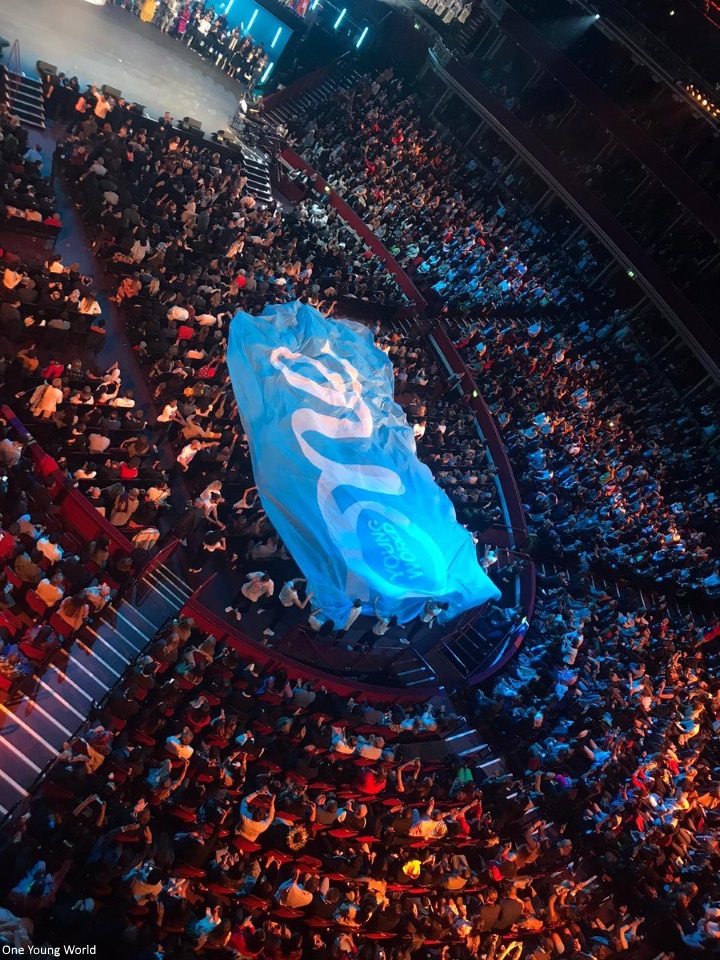 A great video from Sussex Royal.

The Duchess brought back the gorgeous purple Artizia dress she wore in Birkenhead in January when she was expecting Archie. I thought it such a fabulous colour for her at the time, and it was a delight to see it again tonight. 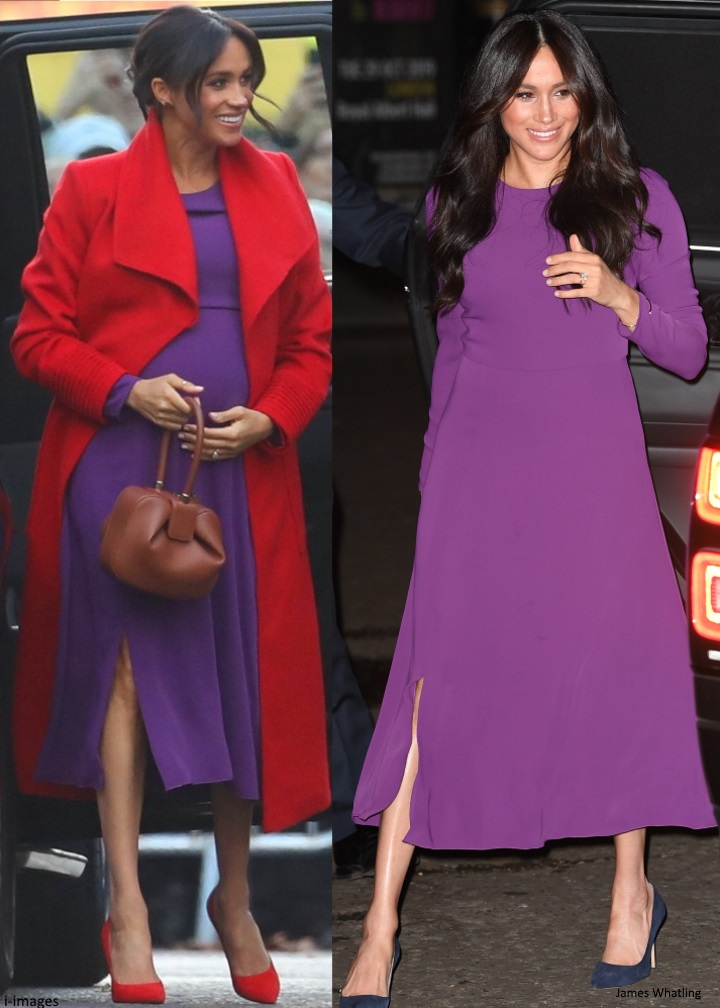 The sold out $138 Maxwell dress is cut from matte satin and expertly tailored for a flattering, feminine shape. Meghan's piece has been altered to create to a smaller slit. 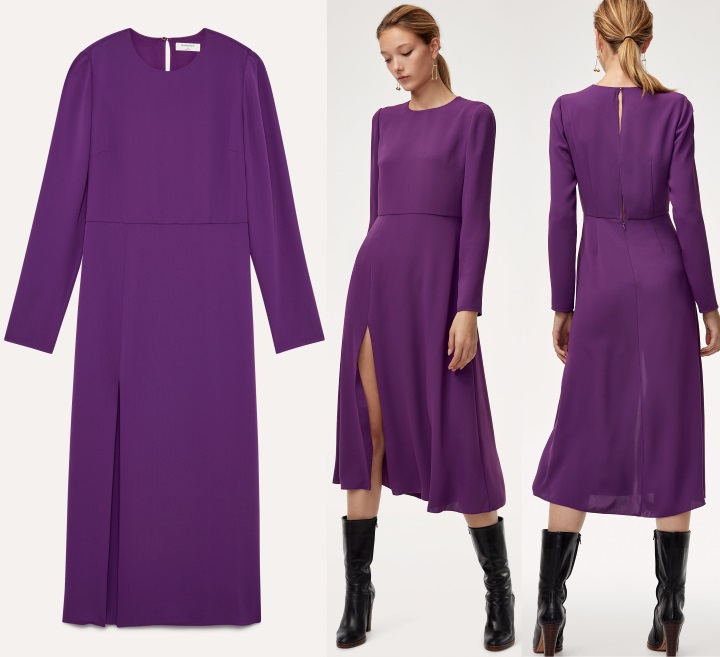 Later this week, the Duchess will hold a round-table discussion with several of the OYW young leaders to address the issue of gender equality worldwide, and how we can all play our part to reach equality for all.
Posted by Admin at 10/22/2019